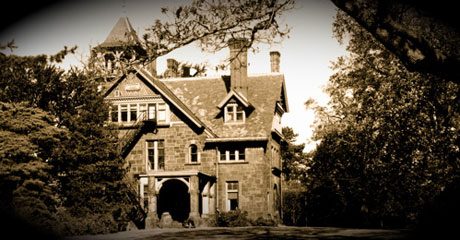 Yale University has played a leading role in the development of American conservation and natural resource management since the 1800s, when Yale graduates such as William Henry Brewer, Othniel C. Marsh, Clarence King, and George Bird Grinnell were deeply involved with the exploration of the West and the proper use of that region’s resources. In 1900 that tradition was strengthened further when the University established the Yale Forest School.  The men responsible for establishing the School were Gifford Pinchot, B.A. 1889, LL.D. 1925, and Henry S. Graves, B.A. 1892, LL.D. 1940.  Pinchot was the first American to receive professional forestry training in Europe, and Graves the second.  As consulting foresters, and later at the government’s Division of Forestry, they demonstrated the first examples of forest management on private lands in the United States.  The School was founded with a gift from the Pinchot family to ensure a continuing supply of professionals to carry out the work that lay ahead.

Pinchot, who became one of the leading figures in the administration of President Theodore Roosevelt, created the USDA Forest Service and served as its first chief.  Credited with coining the phrase “conservation of natural resources,” he defined conservation as the wise use of the Earth for the good of present and future generations.

Since its founding, it has been the School’s mission to turn Pinchot’s vision of conservation into educational and professional reality.  Leading that quest until 1939 was the School’s first dean and intellectual leader, Henry S. Graves.  To Graves, graduate education, as in law and medicine, would define the new profession.  Over the years, objectives have broadened, the mission has been interpreted differently, and methods of instruction have changed. Each decade has presented its singular challenges, and the School has responded vigorously to meeting them. In 1972 the School changed its name to School of Forestry & Environmental Studies to recognize that it is concerned, in the broadest sense, with the scientific understanding and long-term management of ecosystems for human benefit.

In its second century, the environment school’s research and teaching are focused on the following broad areas: ecology, ecosystems, and biodiversity; environmental management and social ecology in developing societies; forest science and management; global change science and policy; health and environment; industrial environmental management; policy, economics, and law; urban ecology, environmental planning, design, and values; and coastal and watershed systems.  Under the leadership of Dean Indy Burke, the School is determined to further extend its scope.  Our aim is to prepare our students to meet profound global environmental challenges and seize the opportunity to find sustainable solutions that will benefit people everywhere.

Our goal is to ensure that the Yale School of the Environment is a truly global school of the environment.  And we’re headed in that direction.  Every year students from 20 or more countries are part of the entering class.  Our faculty are leading researchers and policymakers dedicated to teaching from a cross-disciplinary perspective.  Our students and faculty benefit from the rich resources on the broader Yale campus while forming a distinct community within the university, a community with an atmosphere of warmth and collaboration.


Deans of the Yale School of the Environment
(The title of the School's administrative leader was changed from Director to Dean in 1919.)