The economic analysis conducted by the Trump administration to justify revoking the Waters of the U.S. rule falls short of a defensible and consistent basis, a Yale economist writes this week in Science. In an interview, Matthew Kotchen says the implications go beyond weakening the Clean Water Act — it could undermine the credibility of economic studies conducted by federal agencies.
By Kevin Dennehy 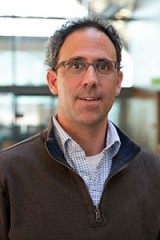 Matthew Kotchen
In both cases, the administrations had to conduct benefit-cost analyses to justify these major regulatory actions.

Writing in the journal Science, three leading economists, including Yale Professor Matthew Kotchen, make the case that the economic analysis conducted by the Trump administration falls short of defensible or consistent basis for revoking the findings of the Obama rule, particularly as it relates to the economic benefits of protecting wetlands.

In an interview Kotchen, a professor of economics at the Yale School of Forestry & Environmental Studies, argues that the implications go beyond the public health and environmental risks associated with a weakened Clean Water Act. The process, he says, has the potential to undermine the credibility of economic studies conducted by federal agencies.

“Cost-benefit analysis done properly is not a political tool,” he said. “It’s an analytical tool, and it should be more resilient and more stable to differences in administrations.”

Your commentary examines the economic analysis of that was part of the Trump administration’s proposed rule to revoke the Waters of the United States rule. What did that rule do? And what was the new administration’s justification for revoking it?


Mattew Kotchen: The original Waters of the U.S. rule clarified the definition of waters that are subject to the Clean Water Act’s provisions. There has been uncertainty about that for quite a while based on the act’s original language and then some subsequent Supreme Court decisions about it. So the Obama administration put in a rule in 2015 — the so-called “WOTUS rule” — which defined waters of the United States to include not only the waters that are directly covered by the Clean Water Act — such as navigable rivers and interstate waters — but also interconnected waterways, such as upstream waters and wetlands.

Although the Obama rule hasn’t been implemented yet because of a court-ordered stay, the Trump administration issued a rule to undo the WOTUS rule. The political justification for doing this was that many people thought that compliance would be very costly and put undue burdens on land-owners. And many though this was executive overreach by the Obama administration.

As part of this process, the Trump administration had to complete an economic analysis, just as the Obama administration did for the 2015 rule. What’s interesting is that these two different analyses came up with totally different answers when evaluating the costs and benefits of the same policy. Basically, they flipped the conclusion on the benefit-cost analysis. And that triggered us to look a little deeper; How did two agencies, two years apart, produce analyses that are so vastly different?

One of the major differences you find is that the Trump Administration found the economic benefits associated with wetland protection went from hundreds of millions of dollars per year to unquantifiable.


Kotchen: Right, the largest category of benefits in the 2015 rule was that related to the protection of wetlands. In the more recent cost-benefit analysis they basically took that category of benefits — which had been estimated at hundreds of millions of dollars per year by the Obama administration — and they effectively converted it to “zero.” Their reasons, they said, was that the studies on which the rule was based were too old and because opinions about conservation among Americans may have changed since then. So they basically dispensed of this whole category within about three sentences of the report.

In this case they concluded that analyses can’t be based on research published before 2000, only 17 years ago. How common is it for the reevaluation of existing rules be built upon this idea that the science is outdated?


Kotchen: It’s not very common, certainly not in this way. I mean, certainly more recent studies are often better than older studies. What you would usually do in these types of analyses is take advantage of all the information that’s out there.

The conventional practice would be to say, ‘If older studies are being used, sometimes the estimates should be adjusted to reflect current situations.’ For instance, if peoples’ incomes are going up, they might be willing to pay more than they were 20 years ago. So you make adjustments. But the idea of just eliminating them due to the uncertainty is just not the way that professional economic analysis takes place.

As you noted, they also made the case that the rule was subject to reevaluation to reflect changing public sentiment; Is there evidence that Americans are less open to spending to improve environmental quality?


Kotchen: We actually provide survey evidence that, if anything, public opinion among Americans is very constant or that their attitudes toward conservation and expenditures toward environmental protection seems to have increased rather than decreased. So there’s not even an empirical basis for dismissing this category benefits the way they have.

What are the environmental implications of stripping down the definition of waters that are included in the enforcement of the Clean Water Act?


Kotchen: Think about it this way: If you had a large water body and you were responsible to keep it swimmable and fishable, how could you actually do that if you don’t control the pollution going into it from wetlands upstream?… The interconnection of these water bodies is very important and there is a very large scientific basis that shows how they are connected. And that scientific basis is what led to the definitions that made the first WOTUS rule come about. In order to accomplish the Clean Water Act’s goals it’s necessary to have some protections for the surrounding and interconnected waterways.

In the commentary you write that there’s a need for a process or protocol that ensures there will be adequate data to support policy on the economic benefits of nature. What might that look like? And who could — or should — take the lead on that?


Kotchen: I think you could have partnerships between the research community and government agencies to provide some of this knowledge. In many ways it taps into what our school tries to accomplish, which is to provide information for making decisions about environment. You can imagine research universities partnering with government agencies in various ways to accomplish this.

What are some other environmental rules that might be vulnerable to the kind of renewed analysis that we’re seeing here?


Kotchen: Well, the big one that’s coming up is the Clean Power Plan, which regulates CO2 emissions from power plants. And one of the big elements at the heart of that rule is the concept referred to as the ‘social cost of carbon’ — which is the damages associated with emitting a ton of carbon dioxide. Through an earlier Executive Order the Trump administration said it was going to reevaluate the use of the social cost of carbon. We don’t know what this analysis is going to look like yet. But you could imagine a situation that is parallel to this one, where some drastic adjustments are made in terms of how they do the benefit-cost analysis.