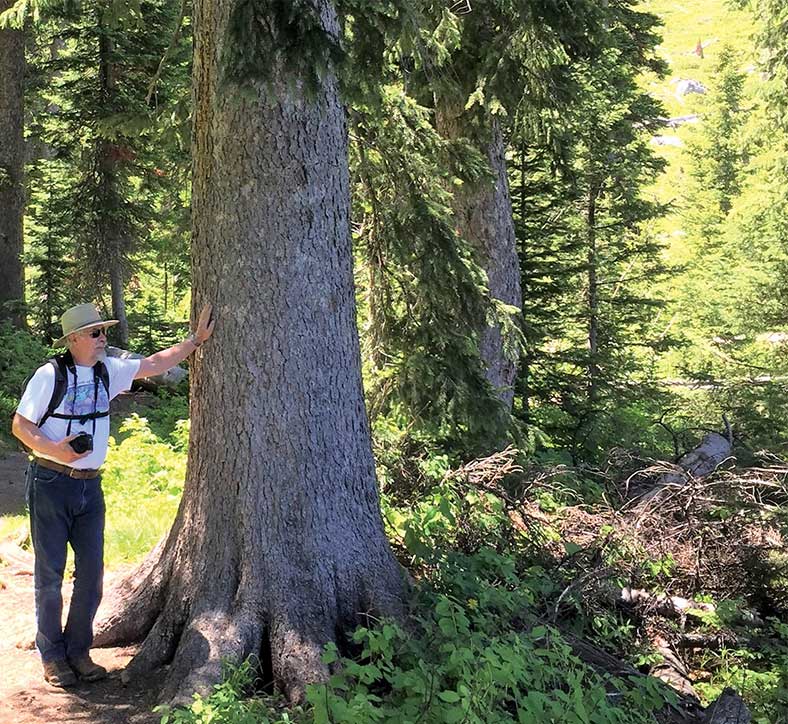 You oversaw the reinvention of the U.S. Forest Inventory Program. How critical was that to promoting good policy?

When I came to Washington in 1996, there were many concerns that the forest inventory was slow. For example, it used to be that we’d send all of our forest inventory crews to Maine, where they’d measure the 6,000 or 7,000 plots in Maine. Then the crews moved to Vermont and New Hampshire and measured there, then down to Connecticut and Massachusetts, then over to New York. So, it was taking 15 to 17 years until they would get back to Maine again.

In the meantime, forests were changing, particularly in the southern United States where things grow faster, but we were only conducting an inventory every 10 to 12 years. That was simply unacceptable to state agencies, industry interests, and NGOs. To everyone. And in turn, they were continually bickering with one another over what the forest conditions were. So much so that they never really got around to, well, what are we going to do about them? The transformation of that program to an annual inventory in which we were able to collect data in each state every year was a tremendous breakthrough.

Now we have among the most conservative industry leaders talking with, say, the Sierra Club, the Friends of the Earth, and others they might not even have gotten into the same room with in the mid-’90s. Now they’re at the table talking about the importance of this information to them and their practices and their decision-making, even though the policy options they’re contemplating might be hugely different. But all of their policy options are at least starting with this understanding of the current condition of America’s forests that we can all agree on.

For instance, this has been vital to improving the forest carbon estimates that are central to greenhouse gas reporting and a whole host of other activities. It also helped improve global reporting on forest sustainability, improving policymaking in countries around the world — a point highlighted in the Schlich Award.

And so to me, my role there was to help empower the inventory program leaders to obliterate [the old] foundation and begin laying a new foundation from scratch. And in my view, we’ve laid an extremely solid foundation for the 21st century of inventories of America’s forests. And now others are building on top of that foundation a wide variety of applications and tools that can provide policymakers with the information they need to make better decisions. And I’m really proud of that.