Ahead of Her Time

As CEO of Fairtrade Australia & New Zealand, Molly Harriss Olson ’85 MES works from many angles to better align economic investments with sustainable development goals. She received YSE’s Distinguished Alumna Award during Reunion Weekend 2020, Oct. 9-10.
By Michael Jensen Sembos
When Molly Harriss Olson ’85 MES attended YSE, it was virtually unheard of to study economics as part of one’s environmental education. But as an undergrad at the University of California, Santa Cruz, she had done just that. The Center for Business and the Environment (CBEY) would not be founded at Yale for another 23 years, but Molly was unknowingly helping to blaze a trail linking the two areas.

“At the time there was no one except Herman Daly — in the world actually — who was looking at these things in a more holistic and ecologically relevant way,” she says. The proposed method for placing value on a spotted owl in 1983, for example, was to calculate the net present value of the timber in the forest in which the owl lived.

“No, no, no!” Molly remembers thinking. “I don’t know what the answer is here, but that’s definitely not it.” 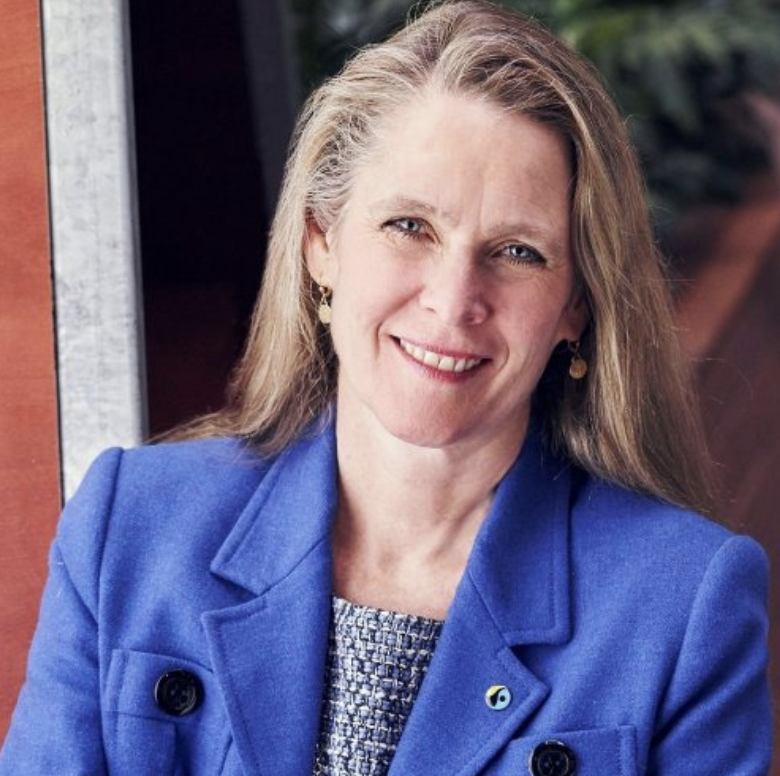 Molly Harriss Olson
Since then, much has changed. By having ways to measure the actual value of ecosystem services — be it water, energy, or well-being — there is now ample data that can be used to design a better global economic system that doesn’t rely on waste production or worker exploitation for growth.

In her current role as CEO of Fairtrade Australia & New Zealand, Olson recognizes the necessity of overhauling the structures that underpin commerce. Despite the countless ways the COVID-19 crisis has negatively impacted the world, there’s a silver lining: It has created a rare opportunity to fix the broken system from top to bottom, using trillions of pending worldwide stimulus package dollars.

“We know that we can do things differently,” she says. “We’re going to align our economic investments in the recovery with our sustainable development goals. We can invest in the things that will help us achieve those targets in measurable ways. It has the potential to be the kind of transformation that the world really needs.”

In 1991, Olson was aboard the Greenpeace schooner Rainbow Warrior protesting the effect BHP’s drilling was having on a southern right whale calving ground. The campaign was successful in drawing attention to the cause, even prompting BHP to file a lawsuit against her (individually), but she observed that her activism only emboldened their opposing views. She thought perhaps she could enact change more effectively from within.

A stint as the founding executive director of President Bill Clinton’s Council on Sustainable Development followed. Though critical conversations were had, and a once unthinkable consensus was achieved between CEOs from the environmental movement and big business, it was clear that real progress on the governmental level would be frustratingly slow. Olson found the business world to be much more receptive to nimble change.

“When business ‘gets’ sustainability, especially if it’s more than just a PR marketing tool — which it often is these days — if they get it, they can move with it,” she says. “They can do important and significant things.”

The path forward is going to require action from all sides — from CEOs, government officials, and oil companies, but also from bakers, clothing makers, and bricklayers.

“There are more sustainable and less sustainable ways to do everything,” says Olson. “We need people across every spectrum of life that understand these sustainability issues and can actually help whatever organization they’re working in, whatever they’re doing, to be acting in a way that is fundamentally more sustainable… It’s really the only way to turn this table”