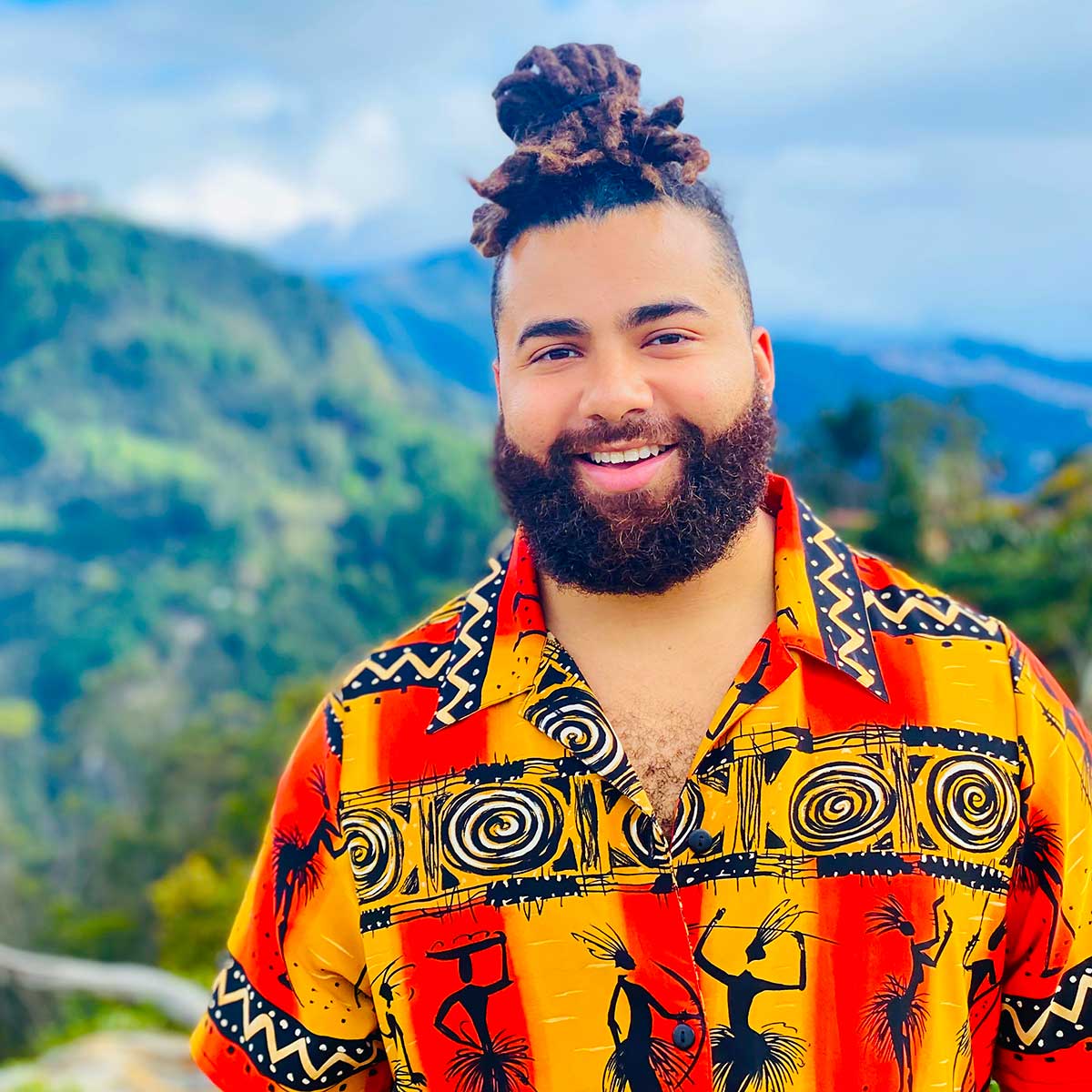 A.J. Hudson worked in Bogota, Colombia this summer on the intersection of climate justice and human rights with Yale Law School's  Schell Center for International Human Rights
A.J. Hudson ’19 MESc has received a Switzer Environmental Fellowship, which awards emerging environmental leaders studying at universities in New England and California with funding and support for their graduate studies and career development.

Now a JD candidate at Yale Law School, Hudson is one of 20 students who were awarded the fellowship — each of whom will receive $15,000 toward academic studies and leadership training. They will join a network of nearly 700 Switzer Fellows working across the U.S. and around the world.

Before attending Yale School of the Environment where he conducted research on tropical ecology in the rain forests of Ecuador and the urban environments of Puerto Rico, Hudson taught science in New York City public schools.

His experience as a NYC teacher watching socially marginalized Black and Latinx students struggle with an emerging lead poisoning crisis and other inequalities in education, he says, prompted him to focus on environmental justice and efforts to build an environmental movement rooted in lived experience and civil rights.

Hudson helped found a public high school in Brooklyn and led neighborhood workshops on climate justice and political action efforts with the nonprofit, UPROSE, in the borough’s Sunset Park neighborhood through the Environmental Fellows Program.

At Yale, Hudson has worked to build partnerships between its conservation-based environmental law clinic and community-based organizations focused on climate justice and racial equality. He founded a new student group centered on anti-racist legal practices, has advocated for Yale’s formal divestment from fossil fuels, and pushed for climate justice practices within the legal industry as a board member of Law Students for Climate Accountability.

“A.J. demonstrated his leadership capabilities while a student at YSE and I am very excited he has been awarded a Switzer Fellowship that will support his continued studies,’ says Yale School of the Environment Dean Indy Burke. “His work in the areas of environmental justice at YSE and in NYC at a local level and his efforts to inspire students to pursue climate action showcase his continuing ability to address the challenging issues of climate and equity.”

"My experiences at YSE and through the Environmental Fellows Program reinforced what I already knew in my heart: that I didn't have to choose whether I wanted to be an environmentalist or fight for justice. I applied to the Switzer Fellowship with the intention to do both and to form a new vision for an environmental law framework that serves the pressing needs of Black and Brown communities confronting climate change,’’ said Hudson.

YSE Professor of Sciology Justin Farrel, who was an advisor to Hudson, said he is a leading voice on environmental justice issues.

"AJ is the type of environmental leader we need at this moment,'' says Farrell. "I've not had many students as intellectually powerful as A.J., in part because he refuses to see the world within the boundaries most people place upon it. His training in ecology, law, and social science -- along with his depth of personal experience -- sets him up to be a national leader fighting for climate justice."
During their fellowship year, the 2021 Switzer Fellows will receive training in personal leadership skills focused on advancing social equity, and they will complete an intensive policy engagement training that culminates in developing relationships and sharing expertise with decision-makers in Washington, D.C.

“The Switzer Fellows provide much-needed inspiration and innovation in a time of rapid environmental and social change. We are proud to welcome these emerging environmental leaders as our 2021 Switzer Fellows,’’ Robert and Patricia Switzer Foundation Executive Director Sarah Reed says.

In the future, Hudson says he will focus his career on serving low-income communities of color and advocating for a just approach to climate change at the local level.