Alum Introduces New Yorkers to
The Forest in Their Own Backyard

The city of New York contains more than 20,000 acres of forests and wetlands, a fact that even many New Yorkers might not realize. Sarah Charlop-Powers ’09 M.E.M. is trying to change that: her nonprofit is working to restore and conserve these natural spaces — and to get more city residents outdoors.
By Joshua Anusewicz
A 2006 survey of trees in New York City, conducted by the U.S. Forest Service, estimates that there are 5.2 million trees across the five boroughs. Of those, a mere 592,130 are trees that you would encounter on a stroll down Broadway to see a show, or near your favorite coffee shop in Williamsburg.

Most of New York’s trees are rooted in more than 20,000 acres of forests and wetlands — close in proximity to the concrete and steel, but miles away from the consciousness of those buzzing about in America’s largest city. 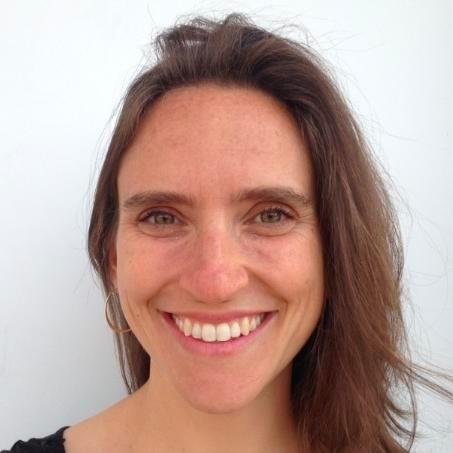 Sarah Charlop-Powers
“For fifty percent of people who use New York City’s parks, the only interactions with nature take place in those parks,” she said. “Many of us have this preconceived idea that a city park tides you over between chances to get into rural areas. For many city dwellers, those wilderness experiences just aren’t happening.”

“We need to reconsider the unique experiential benefits of interacting with local nature.”

Charlop-Powers is the executive director and co-founder of the Natural Areas Conservancy (NAC), a Manhattan-based nonprofit that works to restore and conserve New York’s natural lands. She founded the organization with Bram Gunther ’91 M.E.M., who serves as senior advisor, with the goal of caring for forests, improving the city’s coastlines, and getting more New Yorkers outdoors.

But the organization’s most critical work is just starting to take shape. The NAC conducted the largest baseline assessment of the condition of natural areas of any city in the United States, hiring 25 research scientists for two years to collect data. This led to the development of New York’s Forest Management Framework. The 25-year plan brings all of New York’s forests under a financial model that allows the organization to tie ecological conditions to cost estimates, allowing for goal setting, recommendations, and processes for the city’s entire forest management program.

Charlop-Power’s leadership during this unprecedented effort will be recognized with the Prospect Street Award at the Yale School of Forestry & Environmental Studies (F&ES) Reunion Weekend 2018 on Saturday, Oct. 6. The award recognizes a recent F&ES graduate who has made significant contributions to the environmental field and who exemplifies the spirit of the School through demonstrated leadership, innovation, and creativity.


For Charlop-Powers, the NAC has been the perfect outlet to combine her professional background in land use planning, economics, and environmental management. Her career has included seven years managing 15 parks for Scenic Hudson, an environmental organization that protects and promotes public land and parks in the Hudson River Valley, and a turn as a planner for the green real estate planning and development firm Jonathan Rose Companies, where she led a team to develop a new management group for the South Bronx Greenway. Charlop-Powers has also worked as a consultant for the New York State Energy Research and Development Authority, the New York City Department of Transportation, and the Mohonk Preserve.

Charlop-Powers teamed with Gunther in 2012 to establish the NAC, which was formed from within the city’s Parks Department through a partnership with the Doris Duke Foundation. At the time, the city was in the midst of its Million Trees NYC initiative, an effort to plant one million trees along New York’s streets and within its forested areas.

The initiative, however, was too simplistic. As Charlop-Powers explained to The New York Times in April, little thought was given to anything “beyond getting trees in the ground” — including a long-term plan for managing the city’s forests and parks.
“Fifty-five percent of the parkland in America’s 100 largest cities is natural habitat — but very little information is available about the best way to maximize the benefits of these spaces.”
— Sarah Charlop-Powers
In response, the NAC set out to build a nonprofit organization that would work in “a public/private partnership model” with the city government, Charlop-Powers said, to expand the public sectors capacity to manage its 10,000 acres of natural land. The NAC would work with the Natural Resources Group, an innovative division of the city’s Parks Department, and more than 40 park conservancies around New York to help manage, maintain, and promote the city’s parks and forests.

This unique relationship, Charlop-Powers said, is key to measuring the NAC’s success.

“[The NAC] is really interested in thinking about the field of urban ecology, and the role and benefit of natural areas for New Yorkers,” she said. “So, we have a shared focus [with New York City] on how science, data, and emerging trends within urban ecology can be brought to bear in the groundwork that these civic groups are doing.”

With a strong partnership built and an innovative framework created, the NAC is expanding its impact. Charlop-Powers – who credits her F&ES experience with teaching her the “ability to scale” — said the NAC recently completed a survey of 125 other U.S. cities to better understand how other urban areas are managing their forests and wetlands. A national network of municipal officials and nonprofit partners is also in the works.

“By land area, 55 percent of the parkland in America’s 100 largest cities is natural habitat — but very little information is available about the best way to maximize the benefits of these spaces,” Charlop-Powers said. “We can create an accessible network where cities can share best practices with each other.”


In New York — and most American cities — one concern looms over all others when it comes to the environment: climate change.

Trees and forests provide numerous benefits within urban areas, including improving air quality, capturing storm water, and providing shade to decrease the temperature. But while the environmental benefits of green infrastructure are understood, Charlop-Powers admitted less is known about the broader ecosystem within urban areas.

“We need to understand the systems themselves — how they work and what kinds of interventions allow them to be maximized,” she said. 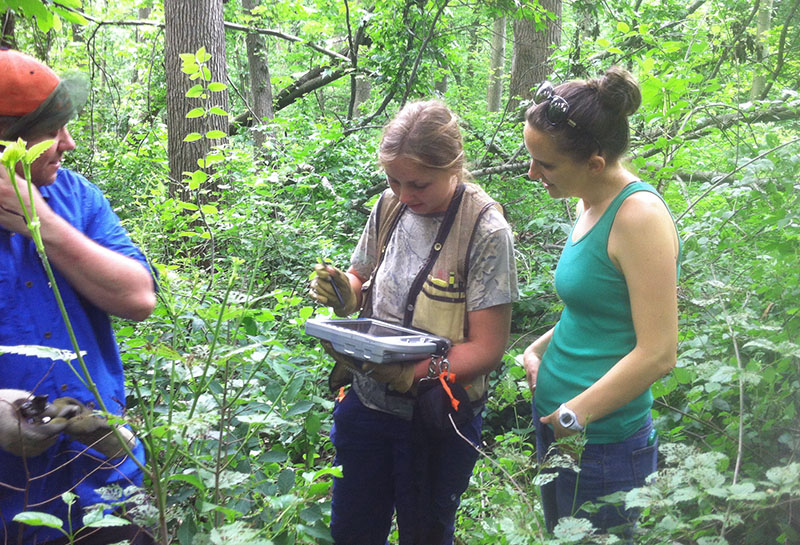 Courtesy of Sarah Charlop-Powers
Sarah Charlop-Powers, right, with crew members in a forest area of Staten Island.
More than 750 unique species of plants have been discovered in New York City’s forests, according to Charlop-Powers. Cities like New York, she said, serve as “under-recognized biodiversity hotspots” due to their proximity to geographic features like oceans, rivers, and mountains.

Preserving local nature in the face of rising temperatures and sea levels is paramount for the NAC. In 2012, the organization was immediately put to the test in the aftermath of Hurricane Sandy, which devastated the city’s coastlines due in large part to a lack of infrastructure to combat the effects of extreme weather. The NAC partnered with the Greenbelt Native Plant Center to create a plant production facility in New York’s Jamaica Bay, which was vital in growing native beach grass that helped restore dunes in the bay and on Staten Island.

The preference, however, is to be proactive when it comes to climate change. Charlop-Powers said there is “really strong interest” within New York and other cities when considering the role urban habitats play in addressing climate change and public health, and how they fit into resiliency plans and mitigation.


All of this combines to create a tall task for Charlop-Powers and the NAC — without even mentioning the day-to-day maintenance of forests, parks, and trails. As much time is spent in boardroom meetings and politicians’ offices, she said, as it is amongst the trees.

“Running a small nonprofit is a juggling act — a bit of a three-ring circus to keep all the different pieces on track,” said Charlop-Powers. “But this is critical work.”