In the 1970s Yale archaeologist Harvey Weiss began excavating an ancient city in present day Syria that would reveal critical insights into the world’s first cities. Although the site is now sealed off from research due to the country’s civil war, it continues to yield important discoveries — including the agricultural strategies of the earliest civilizations.
By Kevin Dennehy 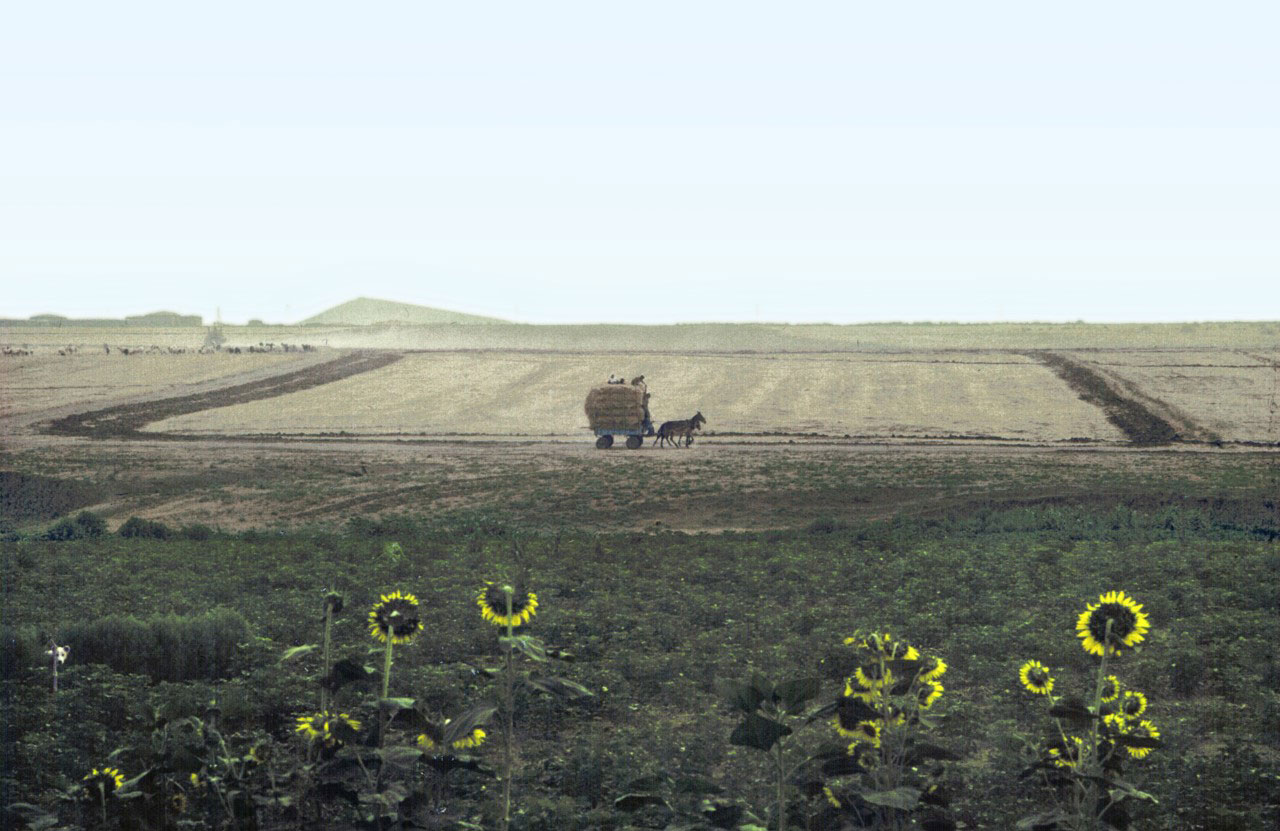 Beginning in 1979, Weiss’s excavation of the site known as Tell Leilan yielded ancient monumental temples containing cuneiform clay tablets kept by the rulers of the city, and more recently a 4,200-year-old palace, once a key center for the lost Akkadian empire. Within these mud-brick buildings researchers also retrieved carbonized grains and animal bones, traces of daily life that offered a glimpse of how this ancient civilization fed itself — and, as Weiss has long argued, evidence of the surprising role of climate change in its ultimate collapse.

While the archaeological site is now effectively closed to researchers, a casualty of Syria’s bloody civil war, Tell Leilan is still giving up its secrets.

In a new paper published in the journal Nature Plants and co-authored by Weiss, a team of researchers applied new technologies to plant-based remnants collected at Tell Leilan and other sites to show how agricultural practices in northern Mesopotamia were adapted to feed growing urban centers.
“These results confirm that there was more than one path to early urbanization. In fact, there was a second and far more widely distributed pathway.”
— Harvey Weiss
By analyzing carbon and nitrogen isotope values of charred cereal grains and seed samples, the Oxford-led study found that the cities of northern Mesopotamia met the nutritional demands of a growing urban population by farming on larger areas of land, or through so-called extensive agriculture.

In doing so, these ancient farmers were taking advantage of the region’s natural rain-fed climate, which allowed them to utilize less labor-intensive practices than were required in drier southern Mesopotamia. By farming across greater swaths of land, they typically offset any reduction in labor or resource-related inputs with a larger absolute scale of production.

In southern Mesopotamia, by contrast, lower annual rainfall required more intensive, labor-heavy agricultural practices, such as the use of manure and irrigation systems. 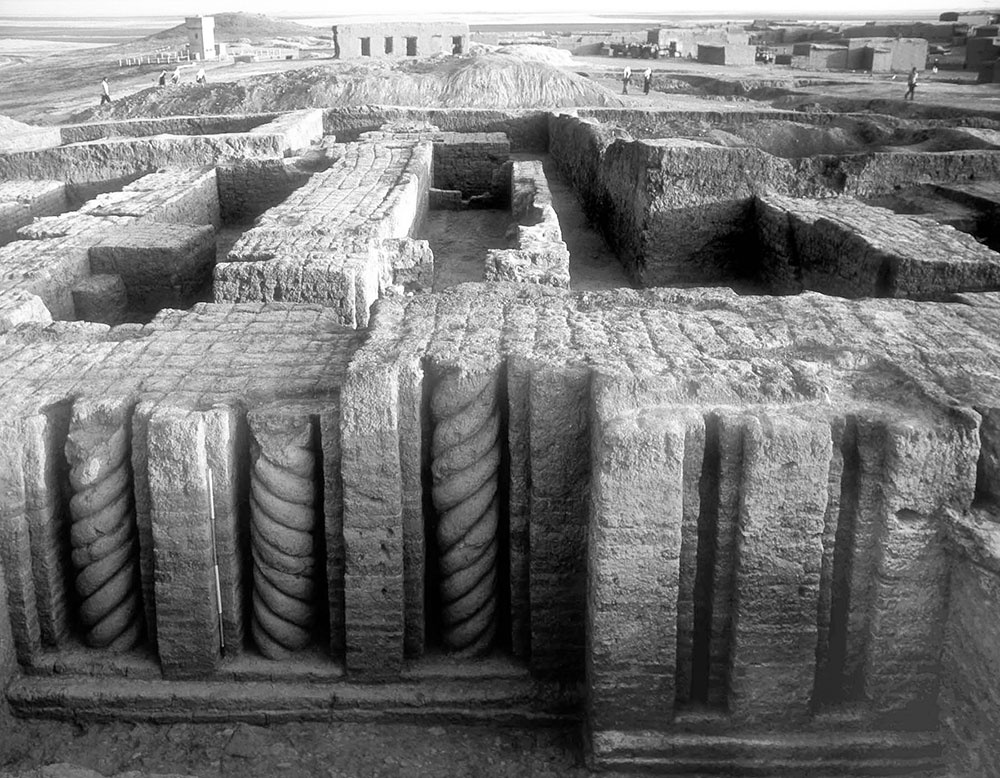 Photo by Harvey Weiss
Tell Leilan acropolis temple, ca. 1800 BC.
“These results confirm that there was more than one path to early urbanization,” said Weiss, a Professor of Near Eastern Archaeology at the Yale School of Forestry & Environmental Studies and the Department of Near Eastern Languages & Civilizations. “In fact, there was a second and far more widely distributed pathway.”

The results validate a long-held hypothesis promoted by Weiss that suggests that the earliest cities of northern and southern Mesopotamia were supported by two distinct agricultural systems.

“So from the very beginning settled human life was operating on very different environmental bases in northern and southern Mesopotamia,” said Gil Stein, another co-author who is professor of archaeology and Director of the Oriental Institute at the University of Chicago. He is also one of Weiss’s former students at Yale.

“Just think of how interesting that is: even though the ecology and agricultural systems were so totally different — and with different organizational requirements — these cities developed in parallel even as they operated on different principles. And Harvey was one of the first people to point this out in a very clear and incisive way.”

While the early cities of northern Mesopotamia were able to utilize extensive agriculture because the rain-fed climate allowed them to, Weiss says, this reliance on rainfall also made them vulnerable to regular periods of drought.

In previous research he has written that this vulnerability ultimately doomed the Akkadian empire when a prolonged mega-drought struck northern Mesopotamia in the third millennium BC. Other research has shown that shorter droughts are actually typical in the region, including the one that contributed to today’s Syrian conflict.

For the new study published in Nature Plants, led by Amy K. Styring at the University of Oxford, researchers analyzed carbonized crops from Tell Leilan — which are kept at Yale University — and from the sites of Tell Sabi Abyad, Tell Zeidan, Hamoukar, and Tell Brak. All sites are located in the Khabur and Balikh drainage basins in northern Mesopotamia and all date from 6500 to 2200 BC.

While the researchers say the shift toward lower-input, extensive farming in these early cities most likely developed at household levels, it eventually led to broader socio-economic changes. “The increased importance of land-based wealth constituted a key potential source of political power,” the co-authors write, “providing the possibility for greater bureaucratic control and contributing to the wider societal changes that accompanied urbanization.”
“Sites like [Tell Leilan] are incredibly precious... They’re a gift that keeps on giving as we continue to develop new technologies to analyze materials.”
— Gil Stein, University of Chicago
Weiss says his long-held theories on the differences between rain-fed agriculture and irrigation-based agriculture were based on many years of excavation and survey work in northern Syria. “But with new technologies we are now able to put some of those hypotheses and models to the test,” he said.

Employing one of these new technologies, advanced isotope analysis, enabled researchers to measure the ratio of different chemical isotopes in human and animal remains, as well as in plant-based specimens. Thus past applications of animal manure have been found to increase nitrogen isotope values in cereals. Meanwhile, carbon isotope values also provide clues into how water was used in crop management.

“Each cereal grain found buried in an archaeological site holds within it a record of the environmental conditions under which it was grown,” said Amy Bogaard of Oxford’s School of Archaeology and project leader of the study.

Such technological innovations would not mean as much if not for the rigorous excavation and survey work done at sites such as Tell Leilan, says Gil Stein, who began his archaeological career as a Yale undergraduate working under Weiss. The decades of research done at Tell Leilan and other Syrian sites have become particularly valuable as fieldwork in the country is essentially shut down for the foreseeable future.

“Sites like that are incredibly precious,” Stein said. “Basically, they’re a gift that keeps on giving as we continue to develop new technologies to analyze materials, including archaeo-metric technologies that can answer questions that you wouldn’t have even been able to pose 20 or 30 years ago.”