In his new book, “Billionaire Wilderness,” Justin Farrell explores a growing tension in Teton County, Wyoming, as the ultra-wealthy buy up huge swaths of land. These tensions have been exacerbated by the Covid-19 crisis, he writes this week in The New York Times. 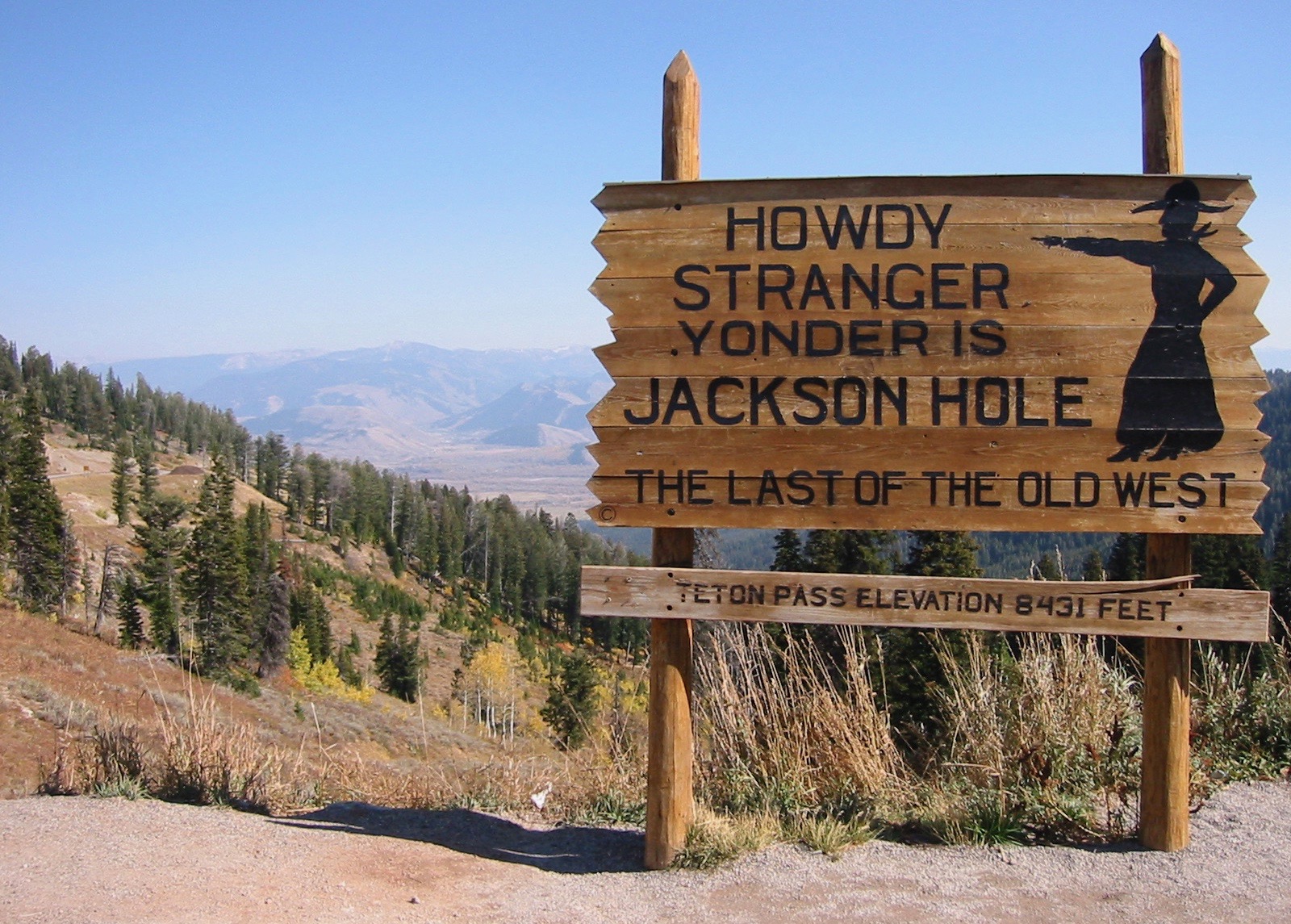 Wikimedia Commons
In his new book, “Billionaire Wilderness,” Justin Farrell, an associate professor of sociology at the Yale School of Forestry & Environmental Studies, explores a new reality in the American West — one in which the ultra-wealthy are buying up land and leveraging the ideal of conservation to further increase their socio-economic advantages.In researching the book, Farrell spent five years in Teton County, Wyoming — the richest county in the United States, and the one where income inequality is the worst in the nation. He conducted numerous interviews with the area’s wealthy landowners and with its working class and poor residents, who often work for them. In the book, Farrell writes about the “hidden” tensions between the two groups and the stark differences in how each group perceives their “community.” 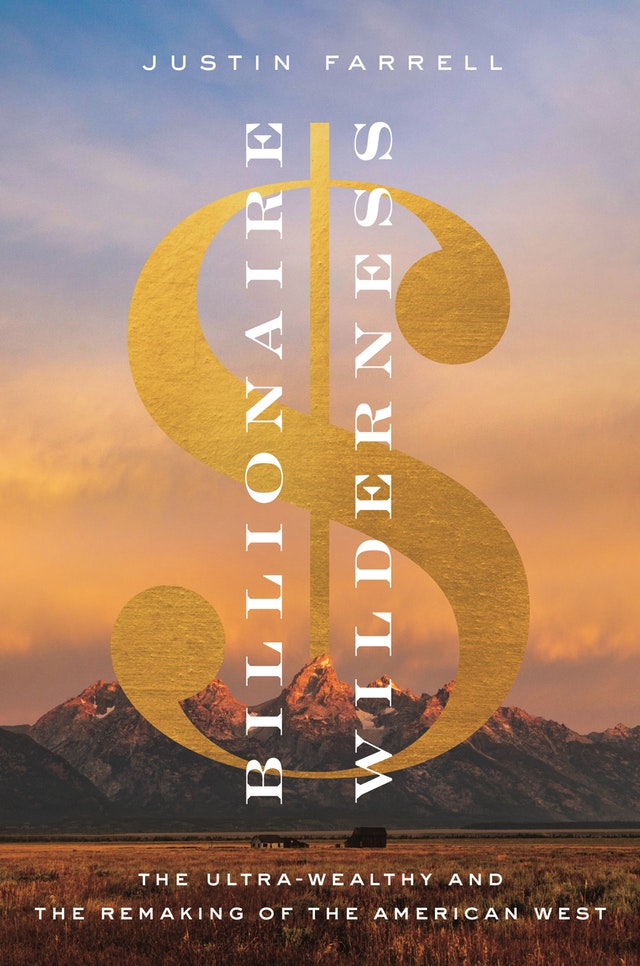 In an op-ed today in The New York Times, Farrell writes about how those tensions have been laid bare in recent weeks as second homeowners and other wealthy individuals have sought shelter from the Covid-19 threat in the pristine western community — with many local residents and officials growing concerned that their arrival could exhaust a limited medical response capacity.

The “romantic façade” of the American West is appealing to many ultra-wealthy people because it connects them to nature and bygone small-town character, Farrell writes.

“Now, the small, wealthy communities that dot the landscape have come in handy as redoubts to hide from the global pandemic.

“But it turns out you can’t outrun the virus.”

We talked with Farrell about how Teton County residents have been impacted by the ongoing Covid-19 crisis — and how lessons learned during the pandemic can be applied to his research on the changing face of the American West.

In “Billionaire Wilderness,” you write about how an infusion of “ultra-wealthy” landowners has transformed Teton County, Wyoming. How has the area been affected by the Covid-19 pandemic?

Justin Farrell: Data show that rural destinations in the West — which were seemingly safe mountain havens — had some of the highest rates of infection, rivaling New York City and Wuhan. Community leaders pleaded for folks to stay away. This is not just a Hamptons problem, and the public health impacts of second-home evacuees and virus vacationers can be worse in our nation's rural western communities. Teton County has certainly been impacted, but not to the extent of its sister towns like Sun Valley, Idaho and in Colorado ski country. I do think it is important to note that, so far, the data are unclear as to whether wealthy people fleeing the coasts had an outsized influence on the spread of the virus in these places. It’s too easy to point fingers without the data.

You also write about balancing the benefits of the wealthy’s charitable giving (sometimes exaggerated) versus the toll takes on local people such as skyrocketing housing costs (non-pandemic times)? Is the pandemic brining this to the forefront of people’s minds? Will it change the way the area’s working people view the ultra-wealthy residents?

Farrell: This pandemic brings into stark relief the social class differences that fundamentally structure life in the United States — and as I teach in my FES classes, fundamentally structure our relationship to the environment, even if we don’t always recognize these connections. The pandemic is a natural experiment of sorts, making very clear that some people have the means to get out of Dodge, and some don’t. With that said, some wealthy residents in Teton County have been very generous. The Community Foundation recently raised $2 million in a matter of days, most of which will benefit the working poor. This is fantastic, but we also need to step back and recognize why there is such dire need in the first place, and whether these Band aid solutions are sustainable over the long term.

You also write about the “community veneer” or the disconnect between the way Teton County’s ultra-wealthy and its lower income residents perceive each other. Do you think the pandemic will widen this gap?

Farrell: Having a private ventilator delivered via private jet to this tiny corner of the Rocky Mountains can create feelings of animosity, as I write in the New York Times piece. But in some ways, lower income residents are not at all surprised by the canyon-sized differences in the community. The difficult part is being recently being laid off, and then wondering if you catch the virus whether the last hospital bed or ventilator is going to go to someone who just arrived from the coast on a private jet. Or, as the mayor of Jackson, Wyoming told me, “It’s tough hearing that you have to lose your job so that our community doesn’t run out of health care capacity, while wondering if that capacity will instead go to someone who might only have a house here to avoid paying taxes.”

Have local government leaders taken steps to ensure some kind of equity to protect working class residents? What do you think the role of government or society should be in making areas livable and sustainable for all its residents?

Farrell: Yes, it has been inspiring to see local leaders work around the clock to protect their communities, as it has also been encouraging to talk with wealthy folks who are concerned about the impacts to the working class. We’re still in the fog of war, though, and the economic and social carnage is going to be significant for these rural communities for many years to come, disproportionately affecting the working poor. Where does this leave us? Despite a great temptation to sanctimoniously point fingers at the rich, simply fixating on their moral merit as individuals distracts us from the way our society — and the environment — is being radically reshaped by extreme wealth. The hard part lies ahead, and it’s going to involve difficult policy decisions. The question is whether we’ll have the courage to face these facts with conviction and evidence-based clarity.
Justin Farrell and his book, “Billionaire Wilderness: The Ultra-Wealthy and the Remaking of the American West,” will be featured in the next issue of Canopy magazine, a publication of the Yale School of Forestry & Environmental Studies.