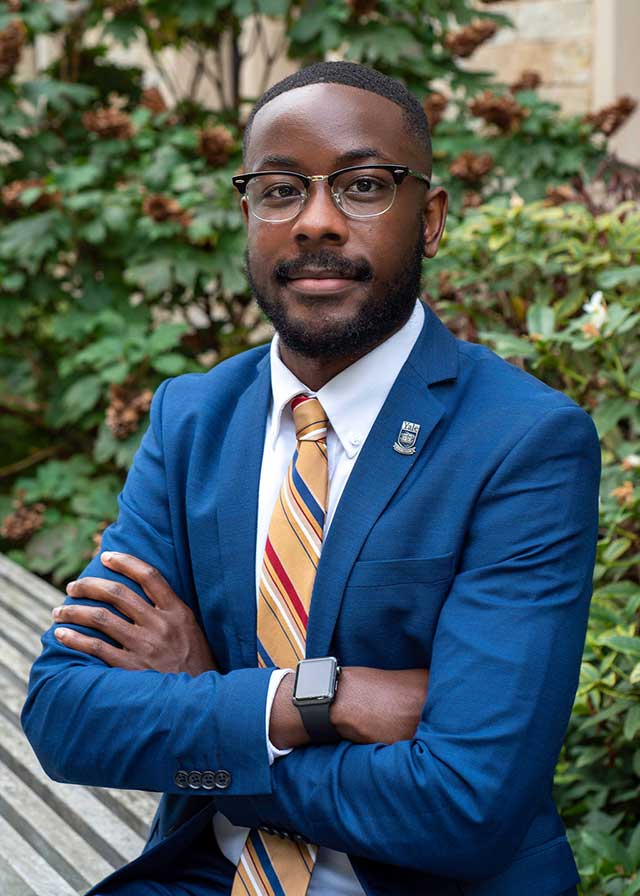 When Cam Humphrey ’21 MEM first explored Yale, he was considering a law degree. But the intersection of law and the environment intrigued him. Having grown up in Birmingham, Alabama, Humphrey knew that effective environment policy was needed to address critical environmental and equity issues in his hometown. So, he decided to pursue a degree at YSE where he has focused his studies on environmental policy analysis and environmental justice.

Humphrey is a leader of the SIG Roots, which is focused on the advancement and resilience of students of the African Diaspora. He has participated in the graduate student senate, Title IX Working Group, and was one of the founders of the Yale Wildland Firefighters Rights Initiative.  He says his participation in these groups and continual dialogue with diverse group of students across Yale have brought important insights into a myriad of issues.

“We tend to focus heavily on race and class disparities within environmental justice, and less attention is given to disparities and environmental impacts on gender. I think that my time at Yale, being involved around campus and in endless conversations with my classmates, has made me realize the importance of intersectional approaches.”

Humphrey earned his undergraduate degree in agricultural economics at Auburn University and interned as an Environmental Justice and Policy Research fellow at the University of Miami Rosenstiel School of Marine and Atmospheric Science. At YSE, he served as a graduate teaching fellow in critical race theory.

This summer Humphrey will be working with Race Forward, a NYC-based nonprofit that advances ethnic and racial minority rights, as part of Dr. Dorceta Taylor’s Environmental Fellows Program at YSE. He is interested in continuing his studies in the growing field of environmental policy and pursuing a law degree.

“Environmental policy is this broad umbrella term, but it has lots of different denominations within it such as climate and energy,’’ he says.  “And all are integral pieces of that one big puzzle.”
– Fran Silverman  •  fran.silverman@yale.edu  •  +1 (203) 436-4842