Marian Chertow ’81 M.P.P.M., ‘00 Ph.D., associate professor of industrial environmental management at the Yale School of Forestry & Environmental Studies (F&ES), has received the International Society for Industrial Ecology’s (ISIE) Society Prize, awarded for “outstanding contributions to the field of industrial ecology.” It is the ISIE's highest recognition of professional achievement.

Awarded every two years, the 2019 prize was announced last month during the society’s biennial conference at Tsinghua University in Beijing. 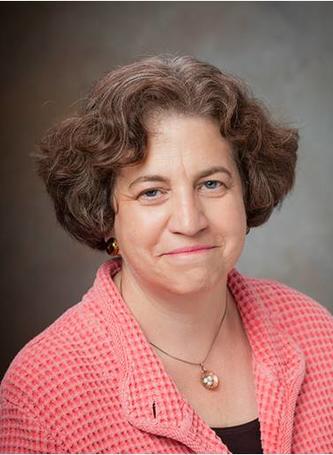 Marian Chertow
Chertow, who came to Yale in 1990 after several years in government and business, was honored for helping to grow the field of industrial ecology, particularly through her research on the emerging sub-field of industrial symbiosis and eco-industrial development; her teaching and promotion of the field in the developing world; and her leadership at ISIE.

“Without Professor Chertow, our community would not be so prosperous and diverse,” a group of her peers wrote in nominating Chertow for the honor. “She contributed to the field with her championship in industrial symbiosis research, engagement of the emerging economies, and leadership.” Chertow served as president of the organization for two years in 2013-2014.

In July, Chertow became director of the Center for Industrial Ecology and she is also director of the Program on Solid Waste Policy, both at Yale University. She has an appointment at the Yale School of Management since 2009 and at the National University of Singapore since 2001.

Chertow is the third recipient of the ISIE’s Society Prize from Yale. In 2007, F&ES Prof. Thomas Graedel, one of the pioneers in the field, received the award. Four years ago the prize went to Reid Lifset, a research scholar at F&ES and longtime editor-in-chief of Yale’s Journal of Industrial Ecology.

Chertow came to Yale after serving as president of the Connecticut Resources Recovery Authority, where she helped develop a roughly $1 billion waste infrastructure system for the state.

At Yale, her teaching and research have focused on business and environment, waste management, technological innovation, and the field of industrial ecology. According to colleagues, she has also played a central role in establishing industrial symbiosis as an academic sub-field of industrial ecology and as an area of professional practice. Industrial symbiosis describes how a network of business organizations can exchange wastes, materials, energy, and water to add value, reduce costs, and improve environmental outcomes.

Since the late 1990s, Chertow has become a central player in the field, forging relationships with researchers and business leaders worldwide and writing seminal papers about how symbiotic systems can achieve resource and energy savings in many countries, including China and India. She also founded the Industrial Symbiosis Research Symposium(ISRS) in 2004 so that researchers in this community could continue to learn from each other.  Since then it has been held on five continents including the 16th annual ISRS held in 2019 in China.

Chertow’s nomination letter, singled out two highly influential papers about this field. A 2000 paper in the Annual Review of Energy and the Environment provided for the first time a rigorous conceptualization and taxonomy for the field. A paper published in 2007, in the Journal of Industrial Ecology, “further ‘uncovered’ the nature, form, and potential” of the field, the letter states. Through these papers, and in subsequent work, she has influenced researchers and practitioners across the world.

She was among the first to teach industrial ecology in China — where she has lectured numerous times including in Beijing, Shanghai, Nanjing, and Tianjin — and in India. She played a leading role in establishing the ISIE Americas Meeting, which was first held in Bogota, Colombia and next year will be held in Lima, Peru.

Chertow has been working to advance principles of industrial ecology in Africa, including through collaborations with universities, business, and governments in Rwanda and Ghana.