A new study co-authored by Yale’s Edgar Hertwich finds that complete de-carbonization of the global power sector using wind and solar technologies would induce only modest indirect greenhouse gas emissions — and therefore not impede the transformation towards a climate-friendly power system. 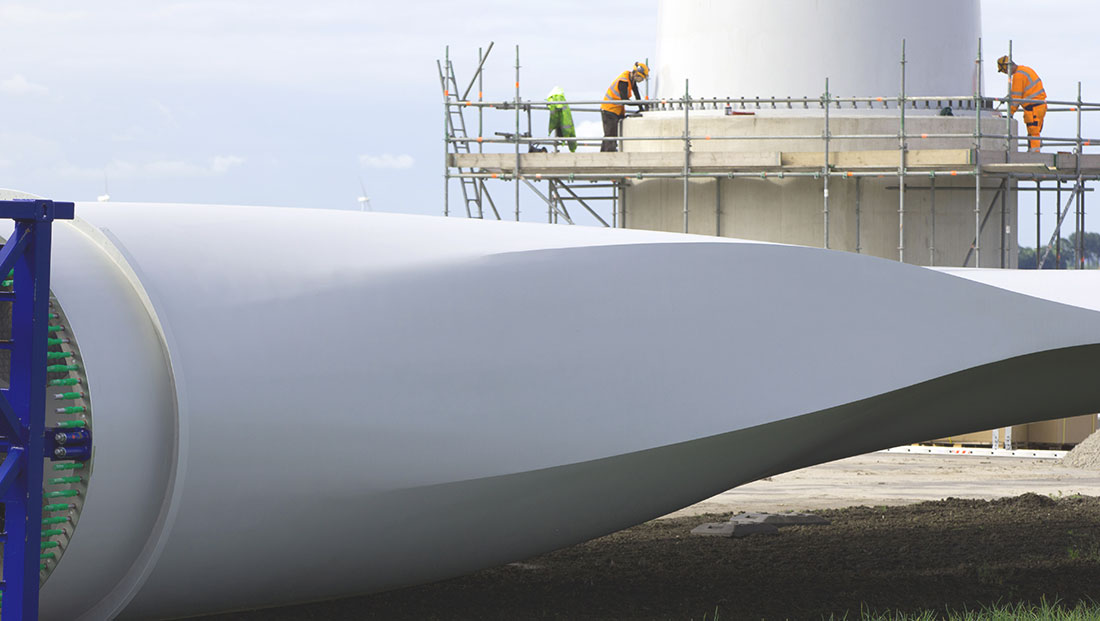 Corlaffra via Shutterstock
Even low-carbon energy technologies like solar cells and wind power plants have associated greenhouse gas emissions, but those impacts pale in comparison with the emissions prevented by the displacement of fossil fuel sources, a new study co-authored by a Yale researcher finds.

The study, published in the journal Nature Energy, calculates the lifecycle greenhouse gas emissions for a range of power sector technologies, and integrates energy, economic, and climate models to estimate the most cost-optimal strategies to combat climate change.

They found that the outcomes vary greatly depending on the technology. The lifecycle emissions for fossil fuel-powered plants equipped with carbon sequestration technologies, for instance, still account for about 100 grams of carbon dioxide-equivalent per kilowatt hour of electricity produced by mid-century — or about 10 times more than the 10 grams of CO2 equivalents for wind and solar power.
“Due to technological innovation, less and less energy will be needed to produce wind turbines and solar photovoltaic systems.”
— Edgar Hertwich, Yale School of Forestry & Environmental Studies
What’s more, they find that complete de-carbonization of the global power sector using these technologies would induce only modest indirect greenhouse gas emissions — and therefore not impede the transformation towards a climate-friendly power system.

This finding refutes an argument made by some critics that even low-carbon sources of energy have so-called “hidden” greenhouse gas emissions — for instance, the energy needed to produce solar panels — that would negate their climate benefits.

“Often, people object to low-carbon energy systems pointing to the energy needed to produce all the solar cells and wind power plants,” said Edgar Hertwich, a professor of industrial ecology at F&ES and co-author of the study. “But due to technological innovation, less and less energy will be needed to produce wind turbines and solar photovoltaic systems.”

In terms of lifecycle greenhouse gas emissions, wind and solar energy provide a better greenhouse gas balance than fossil-based technologies since they don’t require additional energy for production and transport, he said.

“Hence, the overall level of greenhouse gas emissions will remain low,” Hertwich said, “which is an important confirmation of the feasibility of a low-carbon future.”

The lead author is Michaja Pehl of the Potsdam Institute for Climate Impact Research.