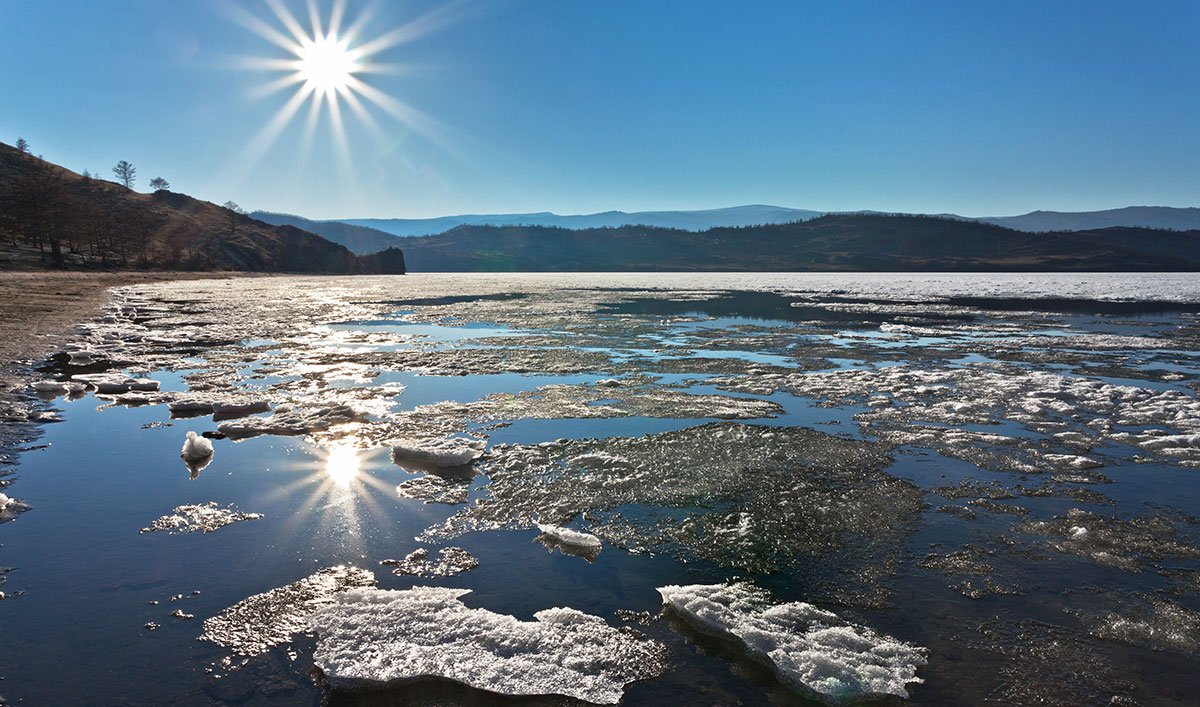 Katvic via Shutterstock
Global lake evaporation will increase 16 percent by the end of the century as a consequence of climate change, a new Yale study finds. But the specific mechanisms that will drive that phenomenon are not quite what scientists expected.

While it is commonly believed that lake evaporation is controlled primarily by incoming solar radiation, the researchers used modeling tools to show that other factors — from shorter ice periods to a “reallocation” of heat energy at lake surfaces — are accelerating the loss of lake water into the atmosphere.

In practical terms this accelerated rate of evaporation over the coming decades will, among other outcomes, trigger stronger precipitation events, researchers say.

According to these findings, published in the journal Nature Geoscience, understanding these complex dynamics will be critical if scientists are to accurately predict the future hydrological response to climate change.

The lead author of the paper is Wei Wang of the Yale-NUIST Center on Atmospheric Environment, which is jointly funded by Yale University and Nanjing University of Information Science and Technology.

About 85 percent of the world’s 250,000 lakes are located in mid- to high latitudes, where water remains frozen for part of the year. But as global temperatures rise many of these lakes will freeze later in the winter and thaw earlier in the spring. This shortened ice period causes a higher absorption rate of solar heat since the open water, which is darker than ice, has a lower albedo. (Light colors reflect more sunlight back into space than dark colors.)

Warming temperatures will also introduce an increase in energy needed to support the process of evaporation — essentially changing how energy is allocated. The adjustment of lake surface temperature to these changes in energy allocation reflects a feedback effect that can further enhance evaporation.

Using a lake simulator model to evaluate lake-atmosphere interactions for all major lakes in the world, from 2005 to 2100, the researchers found that about half of the changes in evaporation were attributable to changes in surface energy allocations and shortened ice periods.

Another critical factor at regional levels is changes in snowmelt. In cold and polar regions, for instance, reduced snowmelt is the second largest contributor to lake evaporation increases.

These hydrological responses to climate change will have profound impacts in regions with many lakes, creating stronger precipitation events as more water evaporates into the atmosphere (what goes up, after all, must come down).

For drier regions these shifts could also present challenges in freshwater resource management, Lee said. To make long-term management decisions, for instance, one must understand how much water will stay in a lake; if that predictability is diminished it can make it more difficult to plan for drinking water and agricultural demands.

“In dry climates, the increased rate of evaporation may be even higher,” he said. “So in some local regions the question of how you conserve water could become an increasingly important question.”
– Kevin Dennehy    kevin.dennehy@yale.edu    203 436-4842