Creating ‘Public Will’ for Climate Action

Anthony Leiserowitz, the 2020 winner of Climate One’s Stephen H. Schneider Award for Outstanding Climate Change Communication, weighs in on the ever-growing field of climate change communication and how the Biden administration has a “pathway” to achieve meaningful climate action. 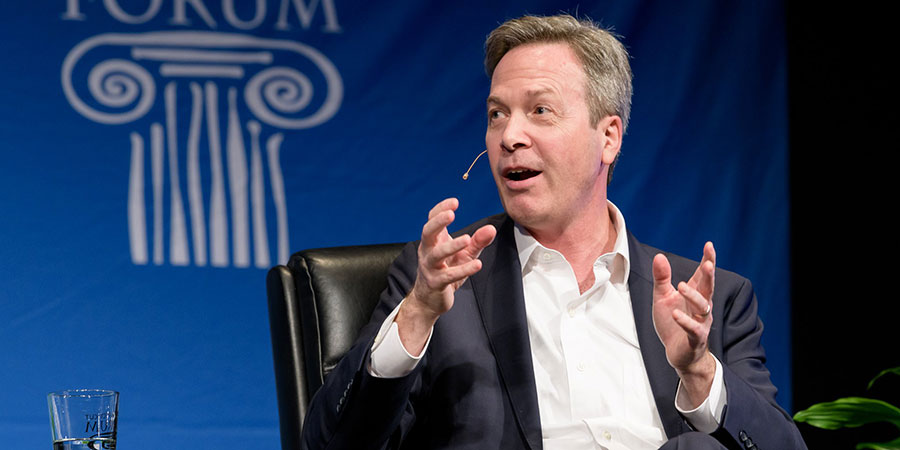 Courtesy of The Connecticut Forum
Anthony Leiserowitz, the founder and director of the Yale Program on Climate Change Communication (YPCCC), has been named the recipient of Climate One’s Stephen H. Schneider Award for Outstanding Climate Science Communicationfor his scientific contributions and effective communication on the issue of climate change.

An initiative of the Commonwealth Club of California, the nation's oldest and largest public affairs forum, Climate One is a leadership dialogue on energy, the economy, and the environment. The award was established by Climate One in honor of pioneering climatologist Stephen Schneider, who passed away in 2010.

Leiserowitz is an expert on the public perception of climate change and environmental beliefs, attitudes, and behavior, conducting research at the global, national and local scales. He shares this honor with Edward Maibach, director of YPCCC’s partner organization, George Mason University’s Center for Climate Change Communication.

Prior to receiving the award on January 13, Leiserowitz discussed the significance of the honor, the goals of YPCCC, and what progress we can expect in climate action in the coming years.

What does it mean to receive this award, particularly with its association to Stephen Schneider?

Anthony Leiserowitz: It’s a great honor to join such an illustrious group of prior winners, including Robert Bullard, James Hansen, Katherine Hayhoe, Mike Mann, Naomi Oreskes, Nick Stern and others. What makes it even more meaningful to me is my own personal relationship with Steve Schneider, who was one of my early mentors. I first met Steve when I worked at the Aspen Global Change Institute, shortly after I graduated college. Steve was one of our board members and I was able to work with him for four years. He was a pioneering climate scientist but, just as importantly, a wonderful communicator. I remember watching him respond to attacks on climate science during public events with simple, clear, and firm answers that explained the science, while respecting the questioner. And he was that way with everyone — from world leaders to fellow scientists, even to a young person like me!

Why have we seen such growth in the field of climate change communication in recent years?

Leiserowitz: When I started, the field was very small — a few researchers here and there, some who did studies on the side. Today, there is a field of thousands of climate communication scholars and professional communicators around the world. I think part of the reason for that growth was the growing recognition that just getting the science right and developing good policies is not enough. If you’re not communicating climate change well, then you aren’t going to build the public and political will for meaningful climate action. We’re not lacking solutions to climate change — in fact we’ve had many of them for decades. One of the critical things we lack is public demand for those solutions.

What role does YPCCC seek to play in climate change communication?

Leiserowitz: We conduct scientific research, provide teaching and training, and directly engage a national public audience. We study what people in the U.S. and around the world understand (and misunderstand) about the causes, consequences, and solutions to climate change, how they perceive the risks, what policies they support or oppose, and what behaviors they are willing to change. And then as scientists, we want to know why — what are the underlying psychological, cultural, or political reasons why some people get really engaged in this issue, while others are apathetic, and some are downright hostile and dismissive? We then translate these research insights in support of governments, journalists, educators, companies, and advocacy organizations around the world seeking to engage their constituencies in climate science and solutions.

And for the past decade, we have produced Yale Climate Connections, which is now one of the nation’s largest climate news and information organizations. This includes a team of journalists writing articles, a monthly video series, and a daily radio program broadcast on more than 650 stations nationwide. Climate Connections helps Americans connect the dots between climate change and energy, politics, faith and religion, agriculture, national security, sports, etc. We also inspire our listeners with first-person stories featuring people from every walk of life who are rolling up their sleeves and making a difference.

The incoming administration has made climate action a major priority. What can be reasonably done over the next few years?

Leiserowitz: President Biden made climate action a major part of his campaign and is placing strong climate champions throughout the executive branch. With control of the House, and now the Senate, Democrats now have the ability to pass legislation, which fundamentally changes what’s possible. But there’s a very thin margin in both the House and Senate, so any legislation will be difficult to pass. So, it’s going to be hugely important what the rest of American society does, including state and local government, companies, universities, and especially civil society. Ambitious climate action will only happen if the public is organized to demand it; time will tell how strong and effective that citizen’s movement becomes, but there is now at least a pathway for significant progress on climate change and clean energy.