The fragmentation of tropical forests weakens the effects of the ”natural enemies” of some tree species, reducing their ability to maintain biodiversity, a new Yale-led study found. 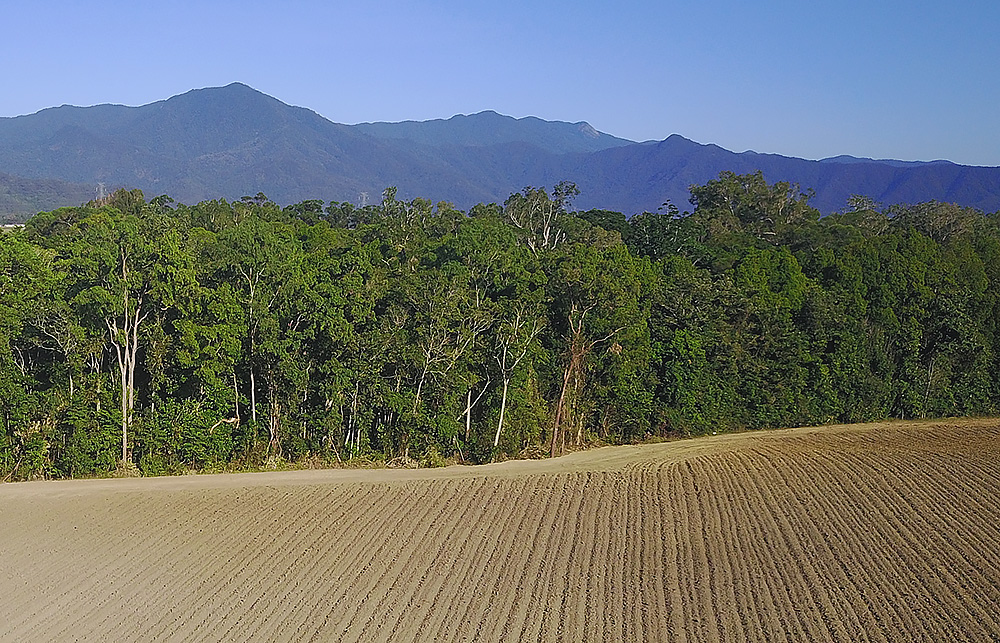 Rich Carey via Shutterstock
When humans cut contiguous tropical forests into smaller fragments, ecologists say, forests along the edges of those fragments tend to experience a number of changes (e.g. higher temperatures, lower humidity), collectively known as “edge effects.” One such edge effect is a decline in tree species diversity. What causes this effect, however, has never been fully understood.

A new Yale-led study finds that the answer may lie in the complex and cryptic relationship between trees and their so-called “natural enemies.”

Writing in the journal Nature Communications, a team of researchers demonstrates that fragmentation weakens the impact of some fungal pathogens and insect herbivores — specifically those specialized enemies that help maintain diversity in a tropical system — enabling some tree species to thrive near the forest edges in ways that they could not deeper in the forest.

Co-authors include Liza Comita, an assistant professor of tropical forest ecology at F&ES; Robert Bagchi, a community ecologist at the University of Connecticut; and Sachin Sridhara, from the National Center for Biological Sciences in Bangalore, India.

Most previous research on edge effects had focused on abiotic factors, such as changes in light, humidity, or seed arrival patterns in newly formed “edges” where adjacent forest has been cleared for agriculture, roads or other modifications. Fewer studies have examined the role of natural enemies that are known to promote biodiversity by keeping any one species from becoming too abundant.

“It’s a phenomenon that’s well known but has been studied mostly in intact forests,” Comita said. “But the question was, does being close to edges in these forest fragments affect these kinds of interactions? We thought it might because at the edges you have changes in the composition of trees species. You also have changes in environmental conditions; for example, lower humidity might decrease pathogen abundance.”

They expected that a weaker regulation of species recruitment by natural enemies would reduce seedling diversity near the edges of fragmented, human-modified forests.

To test the theory, the researchers conducted a series of field experiments across a 3,500-hectare area of fragmented wet, tropical forest in Western Ghats, India, a biodiversity hotspot that is now home to expansive agriculture, in this case tea plantations.

At 15 randomly selected locations, they established 45 sampling stations at zero to five meters from the fragment’s edge, as well as 20 to 30 meters, and 50 to 60 meters from the edge. They also set up 15 stations 90 to 100 meters from the edge.
“It’s likely that a lot of forests around the world are going to be potentially impacted by these edge effects, which include a loss of diversifying ecological interactions.”
— Liza Comita, assistant professor of tropical forestry
While they found that the diversity of seed “rain” was consistent across the landscape, the diversity of seedlings that actually took hold were far greater in the forest interior, farthest from the edge.

Later, when insecticides and fungicides were used to suppress tree species’ natural enemies in the interior, biodiversity declined there, too, suggesting that it was indeed interactions with those fungal pathogens and insect herbivores that drove diversity levels. In contrast, when pesticides were added to areas closer to the edge, seedling diversity didn’t change, indicating that the natural enemies were not important in maintaining diversity near edges.

The implications are significant, Comita said. A recent study of the global extent of fragmentation found that about 20 percent of remaining forests lies within 100 meters of an edge.

“So it’s likely that a lot of forests around the world are going to be potentially impacted by these edge effects, which include a loss of diversifying ecological interactions,” Comita said.
– Kevin Dennehy    kevin.dennehy@yale.edu    203 436-4842