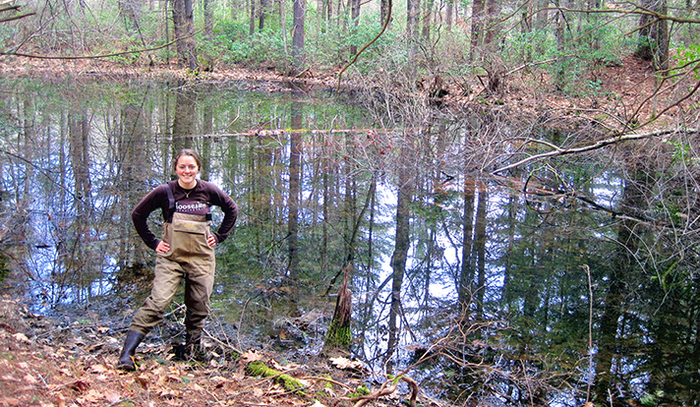 Meredith Holgerson ’16 Ph.D., an aquatic ecologist who has provided new insights into the unexpected role of small pond systems, has received a national science award for research she conducted as a doctoral student at the Yale School of Forestry & Environmental Studies (F&ES).

Holgerson, who is now a David Smith Conservation Research Fellow at Portland State University, received the Raymond L. Lindeman Award, which honors young scientists for outstanding peer-reviewed research in the field of aquatic sciences. The prize is awarded by the Association for the Sciences of Limnology and Oceanography (ASLO).
“Meredith Holgerson’s dissertation research — some of which is documented in this paper — challenges our view of small ponds as ecosystems.”
— Linda Duguay, Association for the Sciences of Limnology and Oceanography
She was honored for a paper, published in the journal Nature Geoscience and co-authored by F&ES Prof. Peter Raymond, which described the disproportionately large role that small ponds play in global greenhouse gas emissions.

Although ponds smaller than a quarter of an acre in size make up only 8.6 percent of the surface area of the world’s lakes and ponds, the paper reported that they account for 15.1 percent of carbon dioxide (CO2) emissions and 40.6 percent of diffusive methane (CH4) emissions. 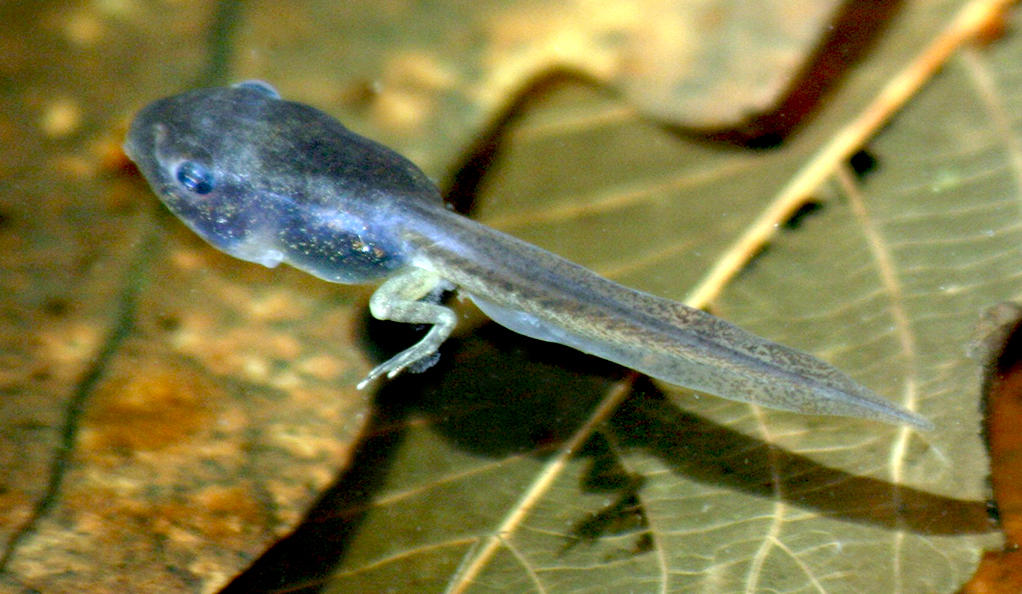 A new study co-authored by researchers at Yale and Portland State University shows that human waste accounts for a high percentage of nutrients consumed by some animals and plants in suburban ponds. Read more

As reported in YaleNews, the outsized influence of small ponds is the result of their physical makeup and the way they cycle carbon. Small ponds have a high perimeter-to-surface-area ratio, for instance, and accumulate a higher load of terrestrial carbon — so-called “leaf litter,” sediment particles, and other material. Small ponds also tend to be shallow, which means their terrestrial carbon loads are highly concentrated compared to larger lakes. Lastly, gases produced at the bottom of these ponds are able to reach the top more often than what occurs in larger lakes, due to greater water mixing and shallower waters. Because of this, CO2 and CH4 generated in sediments affects the entire pond.

The paper, published in the journal Nature Geoscience, has seen been cited in 64 papers, including in such journals as Nature, Ecological Applications, and Global Change Biology.

“Meredith Holgerson’s dissertation research — some of which is documented in this paper — challenges our view of small ponds as ecosystems,” said Linda Duguay, ASLO’s president. “Given the abundance of these small water bodies around the world, their potential to influence global cycles is vast. The impressive number of citations her paper has already received indicate that this paper will be quite impactful in our field.”