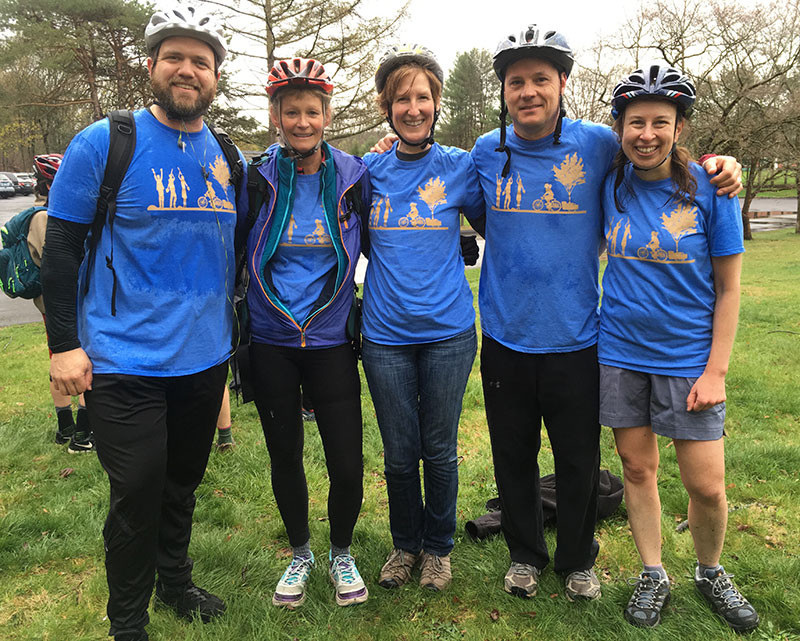 Many of those riders supported the Urban Resources Initiative (URI), an F&ES-based project that strengthens neighborhoods through urban forestry, green infrastructure, and critical job training for ex-offenders and urban youth.

The URI team, led by captain Chris Ozyck, exceeded its fundraising goal, contributing the second-most funds among all Rock to Rock teams. The team had 67 members, including F&ES Dean Indy Burke, as well as 39 children.

The event included five rides of varying lengths, from a “metric century” (62 miles) to an eight-mile family ride.

“This event is a great way to explore New Haven’s parks, trails and greenspaces and to engage with New Haven’s vibrant community of environmental organizations,” said Anna Pickett, the development and outreach manager at URI and co-organizer of the event. “We were thrilled with the support from Dean Burke and the F&ES community.”

URI will receive nearly $15,000 through Rock to Rock donations.

All riders finished at East Rock Park, where thousands of people had already started gathering for the city’s March for Science rally. One of the featured speakers during the rally was Dean Burke, who reminded the crowd of the many life-improving benefits of scientific research — and why understanding science is becoming increasingly urgent.

We use science, she said, to understand life on earth, to improve health and welfare, to predict the future, to find alternative energy solutions, and to change human behavior. “We need science because we’re curious and because we need economic and political solutions to be able to support ourselves and this planet into the future,” she said.