Easley Receives Leadership Award
From the Society of American Foresters

Thomas RaShad Easley, the assistant dean of community and inclusion at the Yale School of Forestry & Environmental Studies, this weekend will receive the Diversity Leadership Award from the Society of American Foresters (SAF) during its annual meeting in Louisville, Ky.

The award recognizes SAF members who display the ability, talent, and skill to lead innovative and exemplary diversity and inclusion efforts. 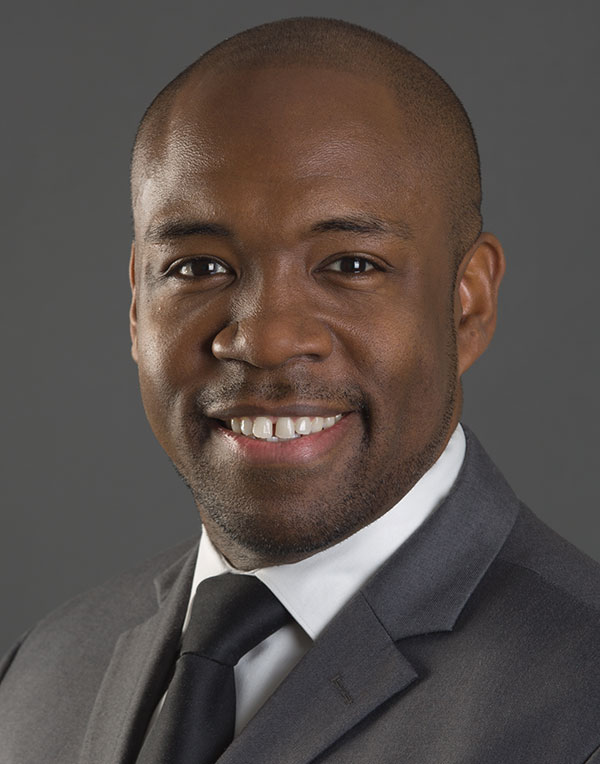 Thomas RaShad Easley
Easley joined F&ES in 2017 after a 13-year stint at the North Carolina State University (NCSU) College of Natural Resources. The first to hold the role at F&ES, Easley has been tasked with guiding initiatives to increase diversity, equity, and inclusion across the School. That includes building a more representative community of students, faculty, and staff, and developing courses and training that expand skills for an increasingly diverse student body.

Since coming to Yale he has increased the School’s recruitment efforts at the U.S.’s Historically Black Colleges and Universities, and has facilitated a series of workshops and conversations on campus that address prejudice, bias, and racism. And he has promoted a stronger connection between F&ES and the New Haven community, including through partnerships with organizations such as Solar Youth, which provides urban youth with the support and opportunities to be better community stewards and develop critical skills.

Earlier this year, he launched a podcast, Heartwood, which examines the intersection of environmental issues and diversity.

“Throughout his career, Dean Easley has been an exemplary leader, voicing messages of love and mutual support in both forestry and diversity work,” wrote Reid Lewis ’20 M.F. in a recent tribute. “His work has positively impacted the forestry profession, our school, Society of American Foresters, and the New Haven community. We are immensely fortunate to have Dean Easley with us as a teacher, community member, leader, and friend.”

Easley earned a bachelor of science degree in forest science from Alabama Agricultural & Mechanical (A&M) University, has a master’s degree in forest genetics from Iowa State University and a doctorate in adult education from NCSU.

Founded in 1900, The Society of American Foresters is the preeminent organization for practicing foresters in the United States with membership exceeding 11,000 forestry professionals.