Skip to main site navigation Skip to main content
Home » News » Energy Choices Can Be Contagious – But Why? New Insights Into Peer Influence

Energy Choices Can Be Contagious – But Why? New Insights Into Peer Influence 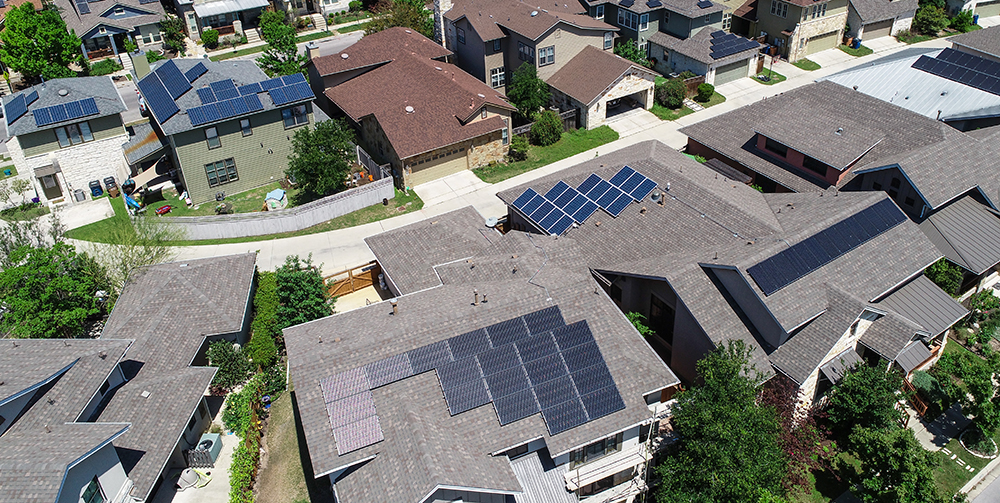 Shutterstock
A growing body of research shows that the behavior of peers has a significant influence on an individual’s energy-related decisions, whether it’s choosing to install solar panels or to purchase a hybrid vehicle. In short, personal energy choices can be contagious.

But why exactly that occurs is less clear.

In a new paper, an interdisciplinary team of scholars, including an economist at the Yale School of Forestry & Environmental Studies (F&ES), reviews the latest findings on the role of social influence and then illustrates pathways through which these insights might be used to promote more sustainable energy choices.

“The evidence on peer influence in energy has been growing but people haven’t connected it to theories in social psychology that can help provide a deeper understanding of how persuasion works, how that word of mouth works, and what are some of the channels by which peer influence makes an impact,” said Kenneth Gillingham, associate professor of environmental and energy economics at F&ES and corresponding author on the paper.

In the paper, the authors review existing scholarship conducted across many disciplines — including economics, marketing, sociology, and psychology — on the influence of peer effects. Across these different fields, they write, researchers have found a basic tendency for the energy-related behaviors of individuals to be influenced by members of a peer group; sometimes this influence is an even more important factor than cost or convenience.

For instance, several studies have demonstrated that the chances of an individual deciding to install solar panels increases as more panels are installed in their neighborhood or region. (One study calculated that for each additional installation in one California zip code, the probability of another increased by 0.78 percentage points.)

To better understand why this happens, the authors took a closer look at two areas of research on peer influence:


The authors find the extent to which peer influence affects behavior depends on several factors. These include characteristics of the individual in question (how much have they previously considered a behavior?), the strength of their relationship with their peers, how the individual learns from peer behavior (for example, through conversation, observation, or social comparison), and the depth at which the learned information is processed. “Based on our review of the literature, we hypothesize that certain combinations of these processes are more likely to lead to peer effects in energy than others, depending on the targeted behavior,” they write.

For instance, they expect that peer behavior has minimal impact when an individual already has strong beliefs about the behavior in question. If they don’t have strong opinions, peer influence can be more powerful.
“Policies and programs that seek to promote low carbon technologies may benefit from enlisting the help of peers who have already adopted them.”
— Kimberly Wolske, Harris School of Public Policy, University of Chicago
Also, the effectiveness of different types of peer influence may depend on just how difficult the change in behavior will be. “Receiving a home energy report that shows you consume more energy than your neighbors may be enough to encourage daily conservation,” Wolske said. “But we suspect it’s less likely to spur investment in durable goods like rooftop solar or electric vehicles.”

For behaviors with high upfront costs, people may be more likely to follow suit when they’ve had an opportunity to talk with existing owners of those technologies. “Friends and family are often among the most trusted sources of information,” said Wolske. “Policies and programs that seek to promote low carbon technologies may benefit from enlisting the help of peers who have already adopted them.”

The authors suggest that future research should focus on identifying when during the decision-making process social influence is most impactful. They also call for more cross-disciplinary research into the role of peer effects.

“There are surprisingly few conversations across the disciplines about how insights from social psychology and other areas actually underpin the more aggregate findings of contagion in new energy technologies and behavior,” said Gillingham. “More interaction between these disciplines can really improve our understanding of why peer effects work and how they can be leveraged to achieve more sustainable energy choices.”
– Kevin Dennehy    kevin.dennehy@yale.edu    203 436-4842