Yale sociologist Justin Farrell has received an early-career award from the National Science Foundation that will enable him to study how a long-term shift in the U.S. energy sector is changing the nation’s rural communities.
By Kevin Dennehy 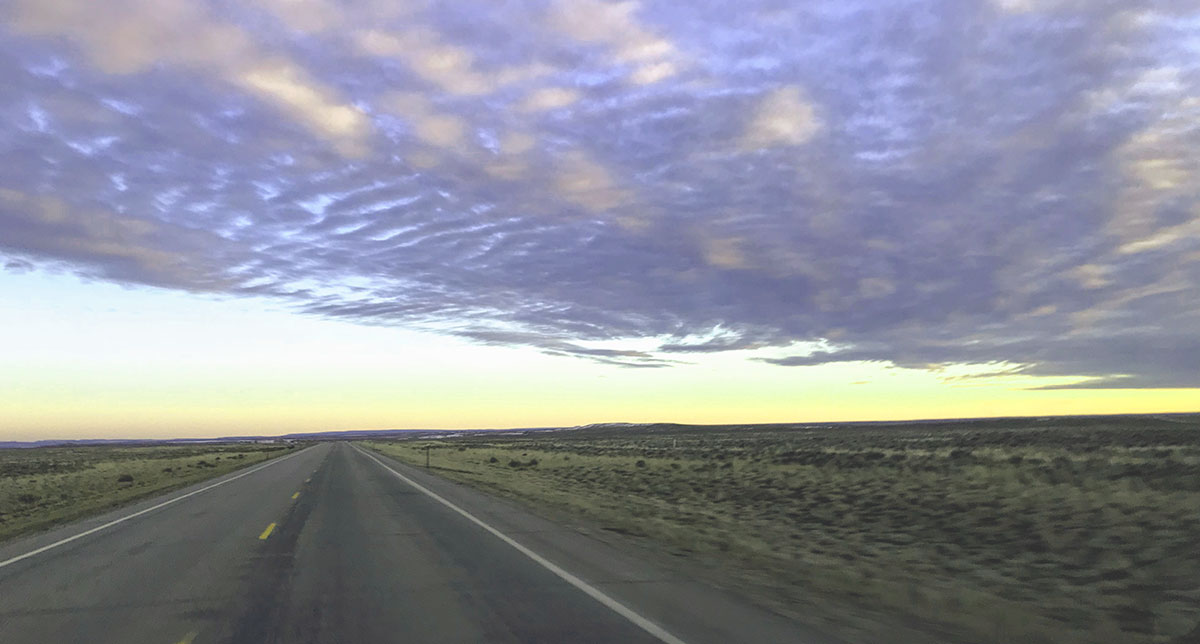 Photo courtesy of Justin Farrell
This region of rural Wyoming encompasses some of the largest gas fields in the U.S.
Justin Farrell, an assistant professor of sociology at the Yale School of Forestry & Environmental Studies (F&ES), has received a prestigious award from the National Science Foundation that will support his research on how a long-term shift in the U.S. energy sector is changing the nation’s rural communities. 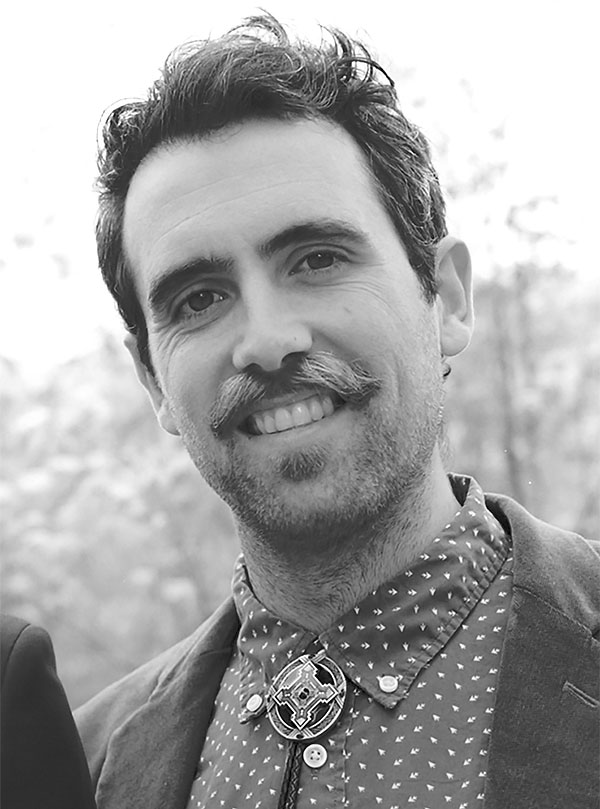 During the five-year study, he will examine the economic and social impacts of the transition from fossil fuels to renewable energy sources in places like Wyoming, where much of the nation’s coal and natural gas is extracted — and where the production of these traditional energy sources is a defining part of the regional identity.

While the U.S. energy economy still relies heavily on fossil fuels — and the Trump administration aims to revitalize, among other sources, a languishing coal sector — market forces will increasingly make a transition to renewables inevitable, Farrell says. And in rural communities the effects will be deep and significant.

“There’s so much optimism about new energy around the U.S., but many Americans don’t realize that it will come at a cost for a lot of people,” he said. “Obviously it’s important that we rapidly move to new forms of energy, but when you’re talking about entire communities changing their identity it’s really difficult.”

The National Science Foundation’s CAREER program offers awards that support early-career faculty who have the potential to serve as academic role models in research and education and to lead advances in the mission of their department or organization. The program targets activities that “build a firm foundation for a lifetime of leadership in integrating education and research.”

A native of Cheyenne, Wyoming, Farrell studies environment, rural inequality, elites, and social movements. Using a combination of computational text analysis, ethnographic fieldwork, and network science, he has examined the relationship between people and the land in the American West, as well as the environmental implications of changing economies and land use visions. (His 2015 book, “The Battle for Yellowstone,” explored the cultural, moral, and spiritual roots of deeply entrenched conflicts in the greater Yellowstone region.)

For this study he expects to again conduct much of his research in Wyoming, which he calls the “energy capital of the United States.” Specifically, he plans to use social network analysis to better understand the relationships between people in rural communities — and to spend long stretches of time in the field, interviewing individuals associated with all parts of the energy sector. He’ll analyze historic documents and articles to determine how these issues have evolved over time.
“It’s not as straightforward as just economics or the implications of learning new job skills. It’s a shift in a way of life and, really, a way of viewing the world.”
— Justin Farrell, assistant professor of sociology
He will also examine how political affiliations help frame beliefs on energy choices and policies. “For example, even if shifting to wind or solar energy offers economic benefits, what does it mean to someone who has spent their lives working in the coal industry?” he asked. “How does that affect their understanding of themselves? Not just politically but how they make a living, and how they’re connected historically to the state.

“It’s not as straightforward as just economics or the implications of learning new job skills,” he said. “It’s a shift in a way of life and, really, a way of viewing the world. It’s deeply tied up in identity, about how people find meaning in their lives — and how, in many cases, these identities go back over generations.”

In the end, he expects, he will publish a book about his findings, and how they are relevant to rural communities across the U.S. and the world. “It won’t be a book about Wyoming or the American West,” he said. “It’ll be a book that contributes a more general understanding about how communities cope with environmental and technological change and how they adapt in the face of loss.”

After arriving at Yale in 2014, Farrell was surprised by the deep community interest in issues related to the U.S. West — and by the resources devoted to interdisciplinary research and partnerships in the region. That passion has enabled him to continue his research in the region, incorporate it into his classroom teaching, and engage his students in this work.

He credits the people and interdisciplinary culture at F&ES for the grant. “I feel like over the past few years at F&ES I’ve learned so much about what interdisciplinary research looks like and how important it really is,” he said. “These lessons really helped form the foundation of this grant, and I believe that this emphasis on thinking more broadly and across disciplines is what drew NSF to this project.” 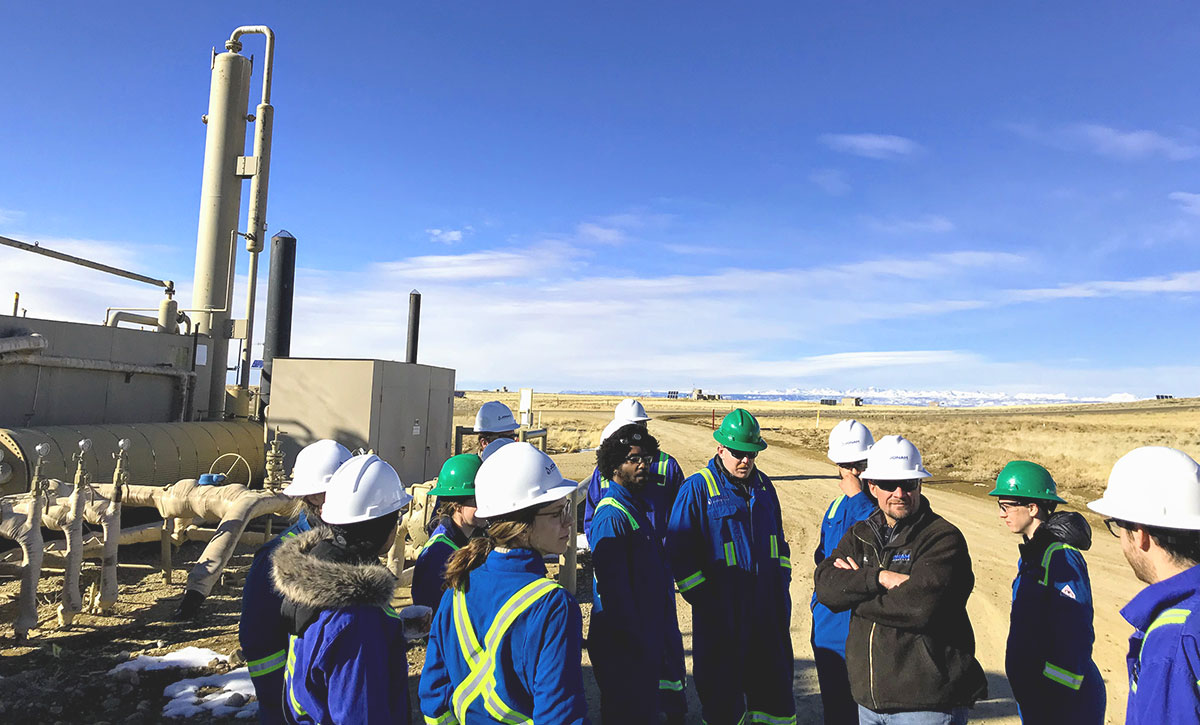