A stark image of a young boy, kneeling in dry soil, playing with the bones of an animal left victim of a severe drought graced the cover of the Oct. 9 issue of The New York Times. In the online edition — which went viral across social media — the headline blared: “Major Climate Report Describes a Strong Risk of Crisis as Early as 2040.”

The article recapped an alarming report from the Intergovernmental Panel on Climate Change (IPCC), a group of scientists tasked by the United Nations with advising world leaders on environmental issues. According to the report, if greenhouse gas emissions continue to rise at the current rate, the earth’s atmosphere will rise in temperature by six degrees Fahrenheit or more until the end of the century, triggering devastating wildfires, droughts, food shortages, and rapidly rising sea levels. 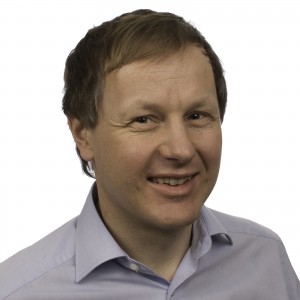 Edgar Hertwich
The outlook is grim and, according to Edgar Hertwich, a professor of industrial sustainability at Yale School of Forestry & Environmental Studies, “it’s pretty impossible” to completely reverse the rising temperatures caused by greenhouse gases. The goal, he said, should be to limit the increase.

“I think we should work hard to try and cut that projected increase down to 2 degrees Celsius [3.8 degrees Fahrenheit] — I think that is more realistic,” said Hertwich. “It will still bring substantial changes to our climate and the biosphere, but I think it would be a lot more manageable. But, even then, just to reach that level will be difficult in such a short period of time.”

Hertwich contributed to the IPCC report’s second chapter, which focused on possible mitigation pathways for the projected temperature increase. In it, he summarized the findings of earlier work of the IPCC and connected them to beneficial side-effects of clean energy systems that could lessen climate change, health effects, and material demand.

The bottom line, Hertwich said, is that “we need to start more forcefully addressing the drivers behind emissions increases.”

“It’s population increase, GDP increase, the increase of vehicles – it goes beyond just transitioning to alternative energy technology, like wind and solar power. This is a fundamental challenge that politicians around the world will need to face. They can’t assume scientists and engineers will do their job and everything will be fine. They need to decide whether they are able to take the necessary steps in order to reach a realistic target.”

Hertwich was one of 91 scientists from 40 countries who contributed to the report, which analyzed more than 6,000 scientific studies. He also contributed to the IPCC’s 5th assessment report in 2014, serving as a lead author of the energy systems chapter. Hertwich is the president of the International Society for Industrial Ecology.
– Josh Anusewicz    joshua.anusewicz@yale.edu    203 436-8994