Margaret Tallmadge ’20 M.E.M. has been named a recipient of the Switzer Environmental Fellowship, a prestigious program that supports future environmental leaders.

The environmental fellowship program is a core program of the Robert & Patricia Switzer Foundation, a nonprofit organization that invests in individuals and organizations that drive positive environmental change across a range of disciplines. Fellows are selected from universities across New England and California. 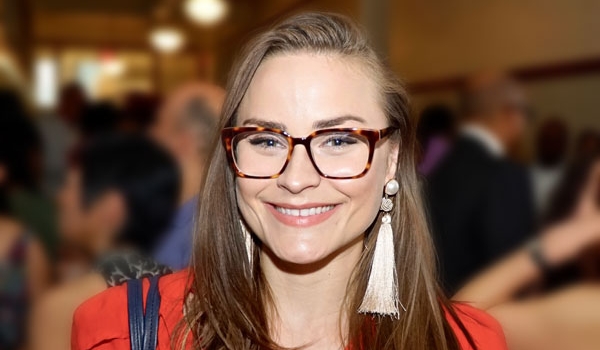 Margaret Tallmadge
Recipients receive a $15,000 award for academic study and leadership training. The Yale scholars also join a network of nearly 650 Fellows located across the U.S. and the world.

Tallmadge, a citizen of the Cherokee Nation, is studying the intersection of energy, business, and the environment, with particular focus on energy and utility policy, finance, and economic development to build wealth and political power in Native American tribes and low-income communities of color. This summer, she interned in Portland, Oregon, at Avangrid Renewables, a national leader in clean energy.

Prior to attending F&ES, Tallmadge served as the environmental justice manager at the Coalition of Communities of Color, a group of 19 Oregon-based community organizations, that seeks to address issues of socioeconomic disparities, institutional racism, and inequity of public services. She established the group’s Community and Economic Development program and designed and led legislative, electoral, and public utility commission policies and campaigns, which included community solar, carbon pricing, affordable housing, and land use. Tallmadge also helped spearhead the Portland Clean Energy Fund ballot initiative in 2018 — which was overwhelming approved by voters — and helped develop the community-based renewable energy targets in the Multnomah County and City of Portland 100% Renewable Energy Resolutions.

Among the other Switzer Fellows is Kelly McClure ’21 J.D. a second-year law student at Yale Law School who also received a 2019 Wyss Fellowship, which supports graduate-level scholars working on issues related to conservation in the American West.