Cortesi was recognized for her dissertation, “Living in Unquiet Waters: Knowledge and Technologies in North Bihar,” an ethnographic exploration of how people in rural North Bihar, India, live among dangerous waters, and her study of the mechanisms of environmental knowledge formation. In recognizing Cortesi, the judges described her dissertation as “a beautifully written exploration of the multi-faceted meaning of ecology.” 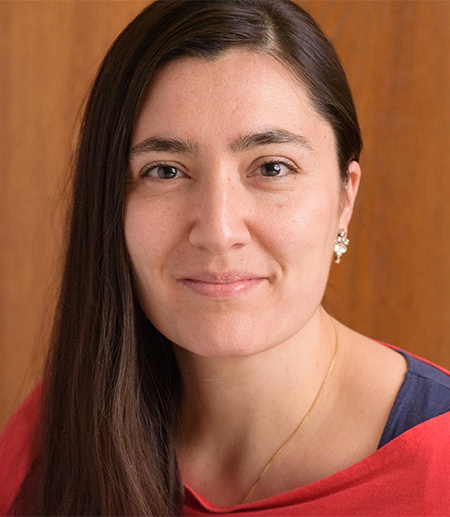 Luisa Cortesi
The Field Prize is one of only two university-wide prizes. Established in 1957 by Emilia R. Field — in memory of husband, Theron Rockwell Field, a member of the Class of 1889 — it is awarded by the Office of the Secretary of Yale University. A committee of faculty judges reviews all submissions.

“It’s unusual for an F&ES/Anthropology student to win the Field Prize, which is awarded to literary, poetic, and religious works of scholarship,” said Andrew Forsyth, assistant secretary for student life at Yale, who supports the judges. “The judges, however, were impressed by the literary quality of Luisa Cortesi’s dissertation: the beauty and precision of the its language, and its narrative drive, are integral to the dissertation’s scholarly contribution.”

For her dissertation work, Cortesi examined the interplay of inequalities and mechanisms of environmental knowledge. The work was driven by a new and timely research question: What hinders adaptation? Cortesi investigated how and why people adapt — or misadapt — to disastrous environmental change.

During three years of field work in North Bihar, in India — an area the size of Maryland but with a population the size of California — she conducted field work inside and just outside of the river levees, an enormous region that had been mostly disregarded by anthropologists because, since colonial times, it has been considered too dangerous.

It wasn’t Cortesi’s first time in India or in North Bihar: since 2001, she has worked in several Indian states working in different capacities, including as a water expert for the United Nations. In Bihar, she was in charge of local NGOs in 2007 and 2008, when the state was affected by the two worst floods of the century.

“This is why I want to write about the dangerous waters of North Bihar” she says. “I have lived through these floods myself, and I found it unbelievable how people can do it, year in and year out. But I also came to realize that many more people are facing similar conditions around the globe.”

“In Bihar” she added, “I have come to deeply admire the locals’ knowledge of their ecology and their dangerous waters, so sophisticated that is second to anyone, including to scientists. Yet such knowledge does not prevent people from suffering and dying in those waters. In fact, it is often the most discriminated people who know their environment most closely, and still they die most often from it. What is adaptation, then?”

Cortesi studied the confluence of management technologies in the northern Bihar district of India with disastrous environmental change and worsening social inequalities. In particular, she studied the interplay of social inequalities with two relatively recent technological developments: the creation of embankments to restrain natural floods, and the transition from traditionally dug wells to hand pumps with the intention of providing healthier drinking water supplies. In reality, both of these “improvements” have had unexpected and counterintuitive consequences for the rural population, she found; the embankments have exacerbated the flooding, and the hand-pumps actually provide toxic water.

“There is a gap between the promise and the reality of these technologies, and Cortesi studied how this affects the construction and circulation of knowledge of water in government, development, and rural communities,” said Michael R. Dove, the Margaret K. Musser Professor of Social Ecology at F&ES and co-coordinator of the joint F&ES/Anthropology doctoral program.

The embankments, for example, impact how people are defined on the basis of the landscape, and therefore how the landscape is understood by its inhabitants, intersecting with categories of disaster and non-disastrous floods, of “clean” high caste and “dirty” discriminated people. “She broke new ground in her ethno-ecological analysis of people and water,” Dove said. 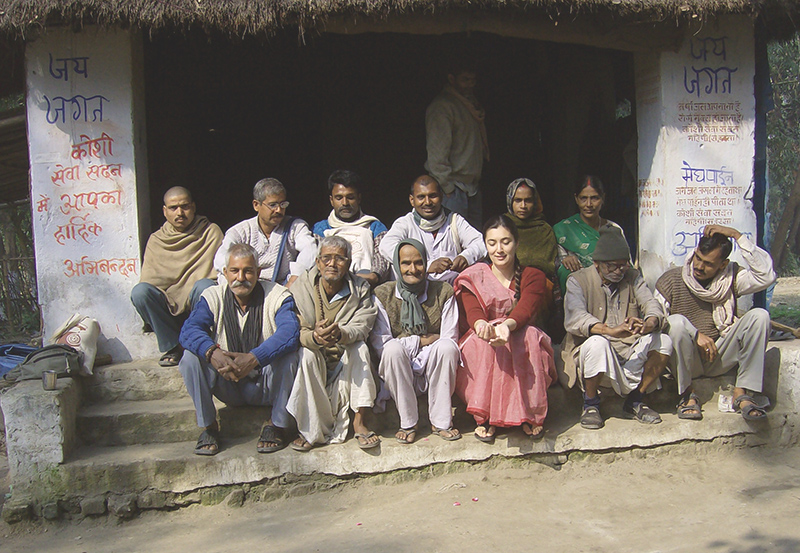 Courtesy of Luisa Cortesi
Dove had the chance to observe her leadership of a student interest group focused on disaster studies. “In the course of these interactions, I developed a keen appreciation for Cortesi’s subtle and penetrating intellect,” he said. As a Yale student, Cortesi was a member of Dove’s research lab where she was active in collaborative publishing effort, and of Kalyanakrishnan Sivaramakrishnan’s research group in the Department of Anthropology, with whom she taught a course on Environmental Justice in South Asia.

“This joint Ph.D. program is truly exceptional” Cortesi said. “All Ph.D. programs are life-changing, but being a graduate student at F&ES and at the same time also a full-time graduate student in Anthropology did not feel like double the work, but double the opportunities. Apart from having Michael Dove and K. Sivaramakrishnan as my ever-supporting advisors [co-chairs], I also benefited from attentive mentorship in both departments, in particular from my committee members Jim Saiers and Karen Hebert at F&ES, and Paul Kockelman and Bill Kelly in Anthropology. This was further enriched at Yale by the possibility of belonging to world-renown institutions like Agrarian Studies, new endeavors like Environmental Humanities, and the always growing South Asian Council”.

Cortesi, who is now the Stanford H. Taylor Postdoctoral Fellow at Cornell’s departments of Anthropology and Science and Technologies Studies, also received a 2017-2018 Josephine de Karman Fellowship for high academic standards based on a national competition among graduate students of any discipline in the U.S.

Recently, she was also awarded the 2016 Royal Anthropological Institute’s Curl Essay Prize for the best essay relating to the result or analysis of anthropological work. This prestigious prize is open annually to all nationalities and all levels of seniority.  Cortesi also won the 2017 Wolf Prize, awarded by the Political Ecology Society for an essay advancing the field of political ecology, and the 2017-2018 Praxis Award for outstanding achievements in translating anthropological knowledge into action. (Because this last award recognized her engaged work in North Bihar, she decided to share it with the local organization she worked with, Megh Pyne Abhiyan.)

She is the third F&ES/Anthropology student to receive one of Yale’s two university-wide prizes in recent years. Dana Graef ’15 Ph.D., and Sayd Randle ’18 Ph.D. each won the John Addison Porter Prize, which recognizes a written work of scholarship, in any field, that gathers and relates facts and/or principles in a way that makes it of general human interest.

“What makes me most proud about and humbled by this award is that the judges are from all over Yale,” said Cortesi. “My dissertation is informed not only by my long fieldwork in India, but by engaging with different disciplines, from philosophy and socio-linguistics to hydrogeology and biogeochemistry, in addition to anthropology and geography. My goal is make my way of writing interesting for scholars in these disciplines. I am taking this honor as a sign than such an ambitious dream is a possibility.”
– Kevin Dennehy    kevin.dennehy@yale.edu    203 436-4842