Meghna Krishnadas’ doctoral research into how forest fragmentation alters the underlying mechanisms shaping patterns of tropical tree regeneration and forest diversity was recognized for its novel insight into ecological processes. 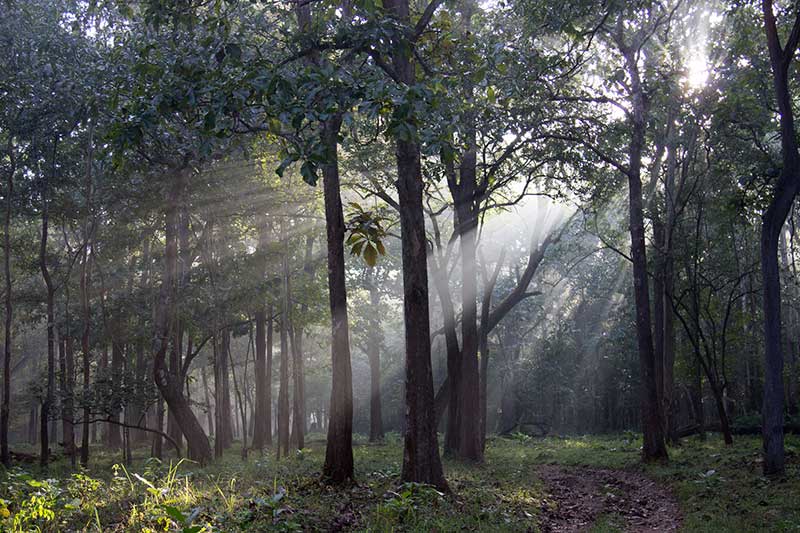 Credit: iStock/girishacf
While the impact of fragmentation on forest diversity in human-modified tropical landscapes has received much attention, the underlying mechanisms are not fully understood. In the wet tropical forest of Western Ghats region of southern India, Yale School of the Environment’s Meghna Krishnadas PhD ’18 delved deep into the issue, focusing on tropical tree regeneration within forest fragments. She examined key plant traits, like leaf dry matter, wood density and seed size; applied fungicide and insecticide treatments and measured canopy openness; and documented natural patterns of seedling dynamics to determine why some tree species increase near edges.

Working with YSE Associate Professor of Tropical Forest Ecology Liza Comita and research assistant Kavya Agarwal, Krishnadas found that in the forest interior, fungi and insects kept down the seedling numbers of small-seeded species by killing their seeds. This phenomenon provided an advantage to larger-seeded species. Near forest edges, the effect of fungi and insects was not as strong, and seedlings of small-seeded species increased. Together with previous findings, the results from her studies revealed that edge effects restricted the recruitment of some tree species to interior sites, signaling future erosion of tree diversity across human-modified forests. 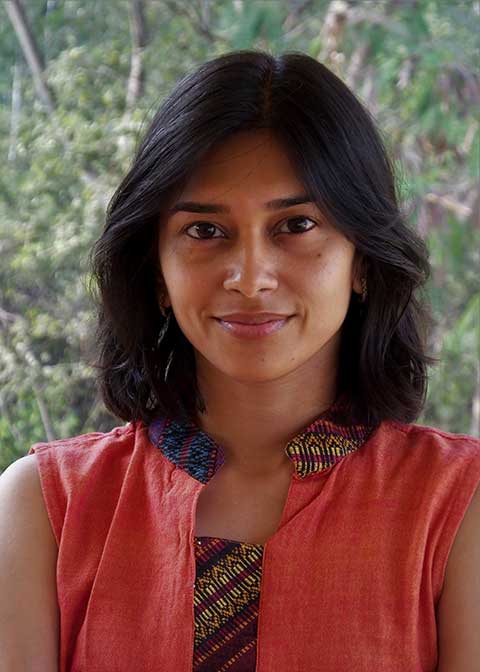 Meghna Krishnadas
Krishnadas’ research, which was published in the Annals of Botany in 2020, earned her the 2021 Bormann Prize. The prize, announced on YSE’s 37th Research Day in April, honors the legacy of F. Herbert Bormann, a plant ecologist who taught at YSE from 1966-1992. Bormann’s research helped scientists better understand the complex relationship between humans and the environment and called the world’s attention to acid rain.

Comita, who nominated Krishnadas for the prize, says her research and studies provide novel insights into the ecological processes that shape plant communities following human disturbance in diverse tropical forests.

“She deserves recognition for the incredible amount of work she did during her PhD, the rigor of her project, the sophistication of her methods, and the novelty and high impact of the resulting publications,’’ she wrote in her nomination letter. “Her dissertation research was truly outstanding.”

Krishnadas says she has always been motivated to study ecosystems that have seen a substantial human footprint. Her research, which has been published in several journals, has focused on understanding forest ecology and the changing dynamics of ecological processes due to anthropogenic disturbances.

“It is an honor for me to have received a prize that reflects the legacy of Herbert Borman. His pioneering work has inspired many ecologists and environmental scientists to tackle complex ecological problems that arise from humans altering ecosystems,’’ said Krishnadas, who earned a master’s degree in wildlife biology and conservation from the Tata Institute’s National Center for Biological Sciences and a medical degree from Bangalore Medical College, Rajiv Gandhi University of Health Sciences.

Also recognized on Research Day for her work was Julia Monk, who presented her study on disease outbreaks transforming trophic cascade in the high Andes. Monk was awarded the Schmitz Prize for best doctoral presentation from Osward Schmitz, the Oastler Professor of Population and Community Ecology and senior associate dean of research. Brooks Lamb MESc ’21 received the prize for best master’s student presentation for his research into how the virtues of imagination, affection and fidelity have motivated small and mid-size farmers in rural Tennessee to persist on their land.

“In an age of public misunderstanding and perhaps mistrust of science, it is ever more incumbent on scientists to communicate the importance of their findings in clear, broadly accessible and captivating ways,” says Schmitz. “ This year’s award winner, doctoral candidate Julia Monk, exemplifies the ideals of the award, as does the presentation of Brooks Lamb  who won the prize for best Masters presentation.”