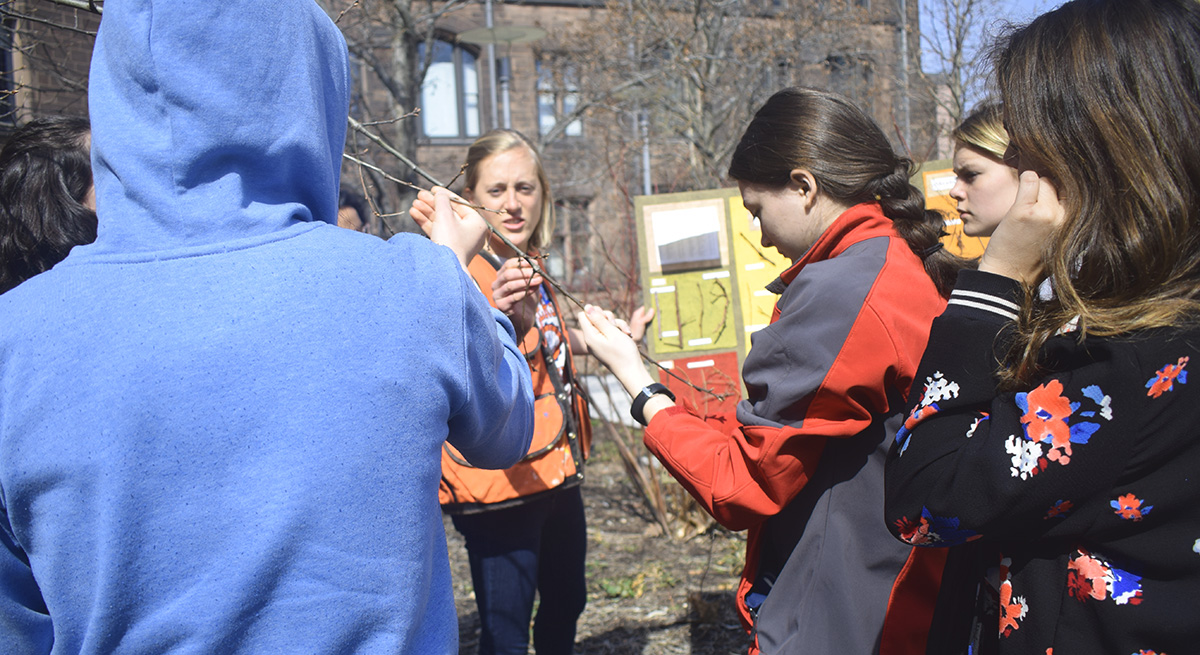 Photo courtesy of Sneha Pandey
A group of students from the Yale School of Forestry & Environmental Studies (F&ES) this month welcomed 20 young women from nine local high schools and the homeschooling community in Connecticut for the seventh annual Green Careers, Women Leaders event.

Hosted by the Yale Environmental Women (YEW) student interest group, the event exposes young women to career paths in a variety of environmental fields and empowers them to pursue careers in traditionally male-dominated professions.

Students were welcomed by Colleen Murphy-Dunning, executive director of the F&ES-based Urban Resources Initiative and the Hixon Center for Urban Ecology, who introduced the concept of urban systems and planning as integral to environmental studies. And she told the high schoolers about how they can make a difference in their communities.

Student attendees were then given a chance to explore environmental topics with F&ES students specializing in forest ecology, environmental justice, and environmental law and policy. Through workshops focusing on these subjects, attendees engaged in the subject matter through tree identification and by writing letters to their political representatives advocating for change related to environmental issues of their choosing.

They also learned practical career skills, including during a session on resume writing led by Emily Auerbach ’20 M.E.M./M.B.A.

The day closed with a professional panel of F&ES graduate student women offering insight into their personal career paths and advice for our future women leaders, for their personal and professional lives. During the discussion, the Yale students emphasized the importance of being true to yourself and finding community with other women breaking down barriers in environmental fields.

The Yale Environmental Women SIG received support from the Class of 1980 fund for the event. Organizers expect next year’s event to be even larger in recognition of the 50th anniversary of coeducation at Yale College and the 150th anniversary of women students at the university.