Gerald Torres, professor of Environmental Justice at the Yale School of the Environment, weighs in on the nomination of New Mexico Representative Deb Haaland to be the next Department of the Interior Secretary. 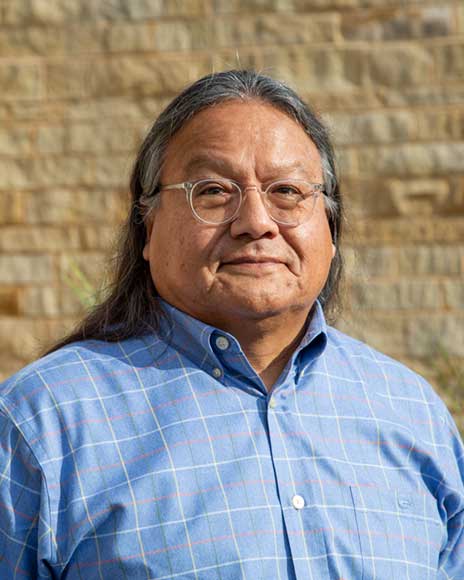 Photo by Matthew Garrett
Gerald Torres
A member of the Pueblo of Laguna west of Albuquerque, Rep. Haaland would be the first Native American to lead the DOI or hold a cabinet-level position.

Gerald Torres, who holds a joint faculty appointment at YSE and Yale Law School, sees opportunities for a new direction under her leadership, including an unprecedented opportunity to infuse a focus on environmental justice at all levels of the agency’s work. Haaland is a supporter of the Green New Deal and has been outspoken about opposing fracking on public lands and the Keystone XL pipeline. She is facing opposition from several senators. They are concerned about her ability to balance oil and energy interests with environmental protection priorities as well as the interests of the Native community, says Torres, who served as deputy assistant attorney general for the Environment and Natural Resources Division of the U.S. Department of Justice during the Clinton administration.

Torres discusses some key issues Haaland will likely have to address as the head of the agency that oversees one-fifth of the total land in the U.S., including more than 350 national parks, as well as the Bureau of Indian Affairs and drilling and mining interests, on and offshore.

If she is confirmed, what should some of Secretary Haaland’s priorities be in leading the agency?

Gerald Torres: Her first priority ought to be to review the policies regarding the exploitation of public lands, starting with [Biden’s] announced efforts to protect the Arctic, the elimination of the pipelines, and the expansion to the original borders of the Bears Ears National Monument.

There are a lot of rules regarding the use of Native land that probably have to be revisited and so she should look at that – to include royalty allotments to tribes and jurisdictional issues as it pertains to mineral rights on tribal lands. She can craft rules that give Native nations increasing authority to regulate resource use in their own territories. I would like to see that as a priority. I also would love to see co-management agreements used much more frequently where appropriate so that we can start to build fruitful relationships between states and tribes in the management of natural resources.

How do you think she will handle the weight of expectations that people have set for her as the first Native American to lead the DOI or hold a Cabinet-level post?

Torres: I suspect she will have more sensitivity to do what every Secretary was required to do under the existing executive orders, which is when they make a decision that's going to have an impact on Native land, they're obligated to consult with the Native people. So, to the extent that the interest of Native people will have a better hearing at the top level, I think we can likely expect that.

To the extent that we think Native people will always get the decision they want, that's a false expectation. But she'll make decisions with a degree of knowledge that could only be obtained by being a part of a native Nation.

In what ways may Native interests diverge from Biden’s environmental priorities?

Torres: I think it would be a mistake to assume that every decision a Native Nation pushes for is going to be consistent with the environmental objectives of the administration.

The caricature is that every Native decision has embodied within it a kind of almost preternatural concern for the environment. In fact, the fundamental thing that Indian Nations are concerned about is taking care of the people who are part of their community, which also includes economic development.  There are going to be natural conflicts.

What are the ways in which Haaland’s uniquely “American story” can enable her to advance both thought and actionable steps on environment justice at the DOI?

And what she can do is to take the environmental justice mandate that the President has articulated and ask the people who run those programs in Interior to take it seriously and to review their programs and to ask what impact it will have on justice issues, perhaps even implement additional programs with justice priorities. It’s such a huge resource-regulating agency. It has tremendous capacity to have an impact in that area.

My own belief is we'll get new ways of thinking about ways in which environmental justice can be implemented through any agency of government and the Interior.

Speaking selfishly as someone at YSE, I would love for her to be able to figure out whether there could be grant programs to support students from HBCUs, Hispanic serving institutions or more native students to come do graduate work in the fields necessary for attaining the mentioned co-management plans, justice priorities, and land management.

Note: Professor Torres uses the term “Indian” (as opposed to Native American) in conversation, explaining that many Native people feel that the term carries their history for the past several hundred years. In addition, many Native people prefer to be called by their specific tribal name whenever possible.