Yale researchers are studying whether the COVID-19 virus is present in streams and rivers, a first step to determine if it could then be transmitted through rivers and streams to humans. 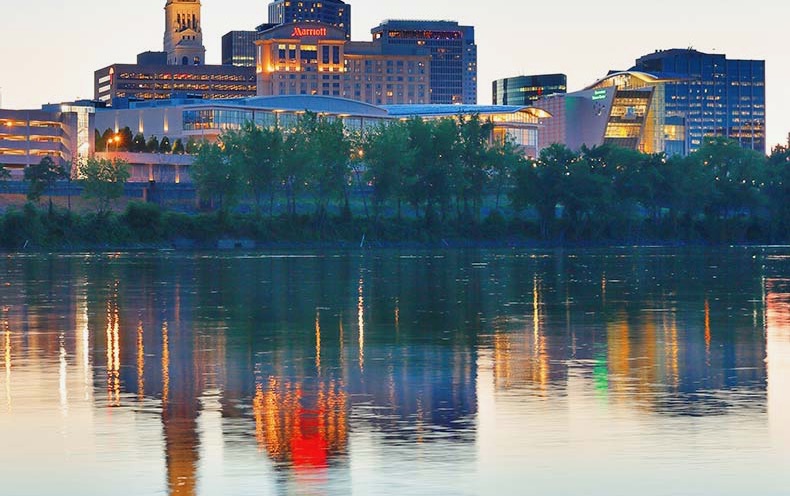 Shutterstock
Many scientists are studying the various direct and indirect ways that humans are able to transmit the COVID-19 virus, from respiratory transmission to touching a contaminated surface.

Peter Raymond, a professor of ecosystem ecology at the Yale School of the Environment (YSE), is leading a research project that will determine if the virus is present in streams and rivers, a first step to determine if it could then be transmitted through rivers and streams to humans — perhaps through the inhalation of aerosols generated by contaminated waters.

In an interdisciplinary study, funded by the National Science Foundation, the Yale study will sample streams and rivers in impacted areas of Connecticut for the presence of the virus. If they find that the virus is present, Raymond says, a likely next step would be to determine if it can be transmitted to humans.

“This is a first step, to see if we’re able to find the virus in rivers and streams, under what flow conditions and stream temperatures they are found, and other related questions,” said Raymond. “While we won’t be assessing the potential transmission in any way, if the virus is found that would be a logical follow up.”

Research on past coronaviruses and other pathogenic viruses has shown that they can be delivered to waterways via wastewater effluent and urban runoff, particularly when heavy rainstorms cause untreated wastewater to overflow from sewer systems.

Earlier studies on the coronavirus associated with the SARS epidemic in 2003 showed that its infectious viral particles were able to survive up to 10 days in warm tap water and longer in cold tap water systems, and were also found in sewage.

Raymond has also led research that shows the potential for Legionnaires’ Disease to be transmitted through aerosol production and streams.

The new study is funded by the National Science Foundation’s Rapid Response Research (RAPID) funding mechanism, which supports short proposals that attempt to advance the understanding of science policy.

Collaborators will include Julie Zimmerman, professor of green engineering at YSE, and researchers from the Yale School of Engineering & Applied Science, the School of Public Health, the Department of Ecology & Evolutionary Biology, and the U.S. Geological Survey.

For the study, which will continue through early summer, the researchers are collecting multiple water samples from five rivers and streams in Connecticut, particularly during the immediate aftermath of heavy rains since those are the periods when sewage and traces of sewage can make it to streams and rivers.

Those sites include two separate locations on the Connecticut River, near the cities of Hartford and Springfield, Massachusetts, where there is a history of raw sewage releases into the river during heavy storms.
– Kevin Dennehy    kevin.dennehy@yale.edu    203 436-4842