How Aerosols Affect our Climate

Greenhouse gases may get more attention, but aerosols — from car exhaust to volcanic eruptions — also have a major impact on the Earth’s climate. Using a massive NASA dataset, Yale researchers have created a framework that helps explain just how sensitive local temperatures are to aerosols. 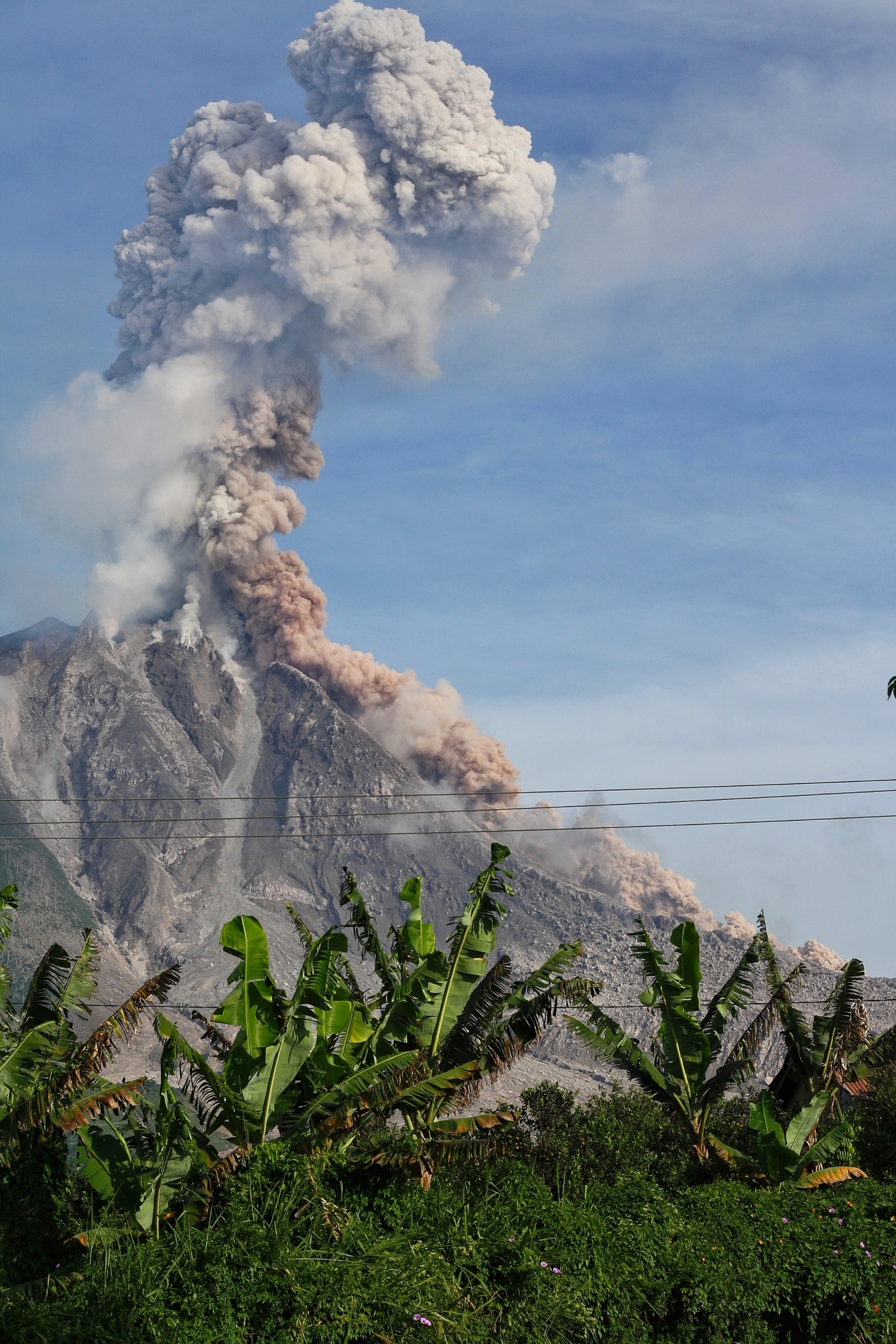 Naturally occuring aerosols, like volcanic eruptions, cause a cooling effect that masks a significant portion of warming caused by greenhouse gases.

For many, the word “aerosol” might conjure thoughts of hairspray or spray paint. More accurately, though, aerosols are simply particles found in the atmosphere. They can be human-made, like from car exhaust or biomass burning, or naturally occurring, from sources such as volcanic eruptions or sea spray.

Aerosols account for one of the greater uncertainties in understanding the Earth’s climate and, through a cooling effect, mask a significant portion of the warming caused by the increase in greenhouse gas concentrations.

One unresolved issue in understanding aerosol-climate interactions is why, for a unit change in the energy imbalance at the top of the atmosphere, the surface temperature change is higher for aerosols than for greenhouse gases. This is known as climate sensitivity. The conventional understanding is that the higher climate sensitivity to aerosols is due to their higher concentrations over land surfaces, which heat up and cool down faster than oceans.

In a recently published paper in the American Geophysical Union’s journal Geophysical Research Letters, Yale researchers demonstrate that it is not only the geographic distribution of aerosols that explains the higher climate sensitivity but also the specific local-scale interactions with the land surface.

Using a theoretical framework to separate surface temperature response to external forcing, the study also provides mechanistic insight into spatial patterns of the local temperature change due to aerosols.

“With traditional climate models, there are huge uncertainties in how aerosols affect surface temperature,” said T.C. Chakraborty, a Ph.D. student at F&ES who co-authored the paper with Xuhui Lee, the Sara Shallenberger Brown Professor of Meteorology. “This framework helps explain why and how some of these uncertainties are coming into play.”

Aerosols are known to increase radiation in the longer wavelengths (longwave) and decrease radiation in the shorter wavelengths (shortwave). The strength of these effects depends on the size and chemical nature of the aerosol particles. Using the framework to analyze a massive dataset developed by NASA, Chakraborty found that although the longwave effect of aerosols has generally been considered by the scientific community to be less important, the climate is more sensitive to it than to the shortwave effect.

This is because of the absence of the shortwave effect at night, a time when the atmosphere is more stable — and thus more sensitive to radiation. It is also the result of the high climate sensitivity in arid regions, where the longwave effect is prevalent due to the presence of aerosols from coarse mineral dust. Combined, the longwave and shortwave effects reduce the terrestrial diurnal temperature range by almost one degree Fahrenheit. Aggregating the eight major regions of interest used in the study, about half of this reduction is due to human-made aerosols.

There are also long-term trends, Chakraborty said, that show an intensification of the local climate sensitivity in the tropics due to deforestation between 1980 and 2018, demonstrating the importance of vegetation in regulating interactions between aerosols and the climate.
The original paper: