‘How Can I Support Her?’ Network Empowers Women Woodlands Owners

The Yale-based Sustaining Family Forests Initiative — and a cadre of F&ES alums — are leading an effort to empower female landowners to become better stewards of their woodlands.
By Kevin Dennehy 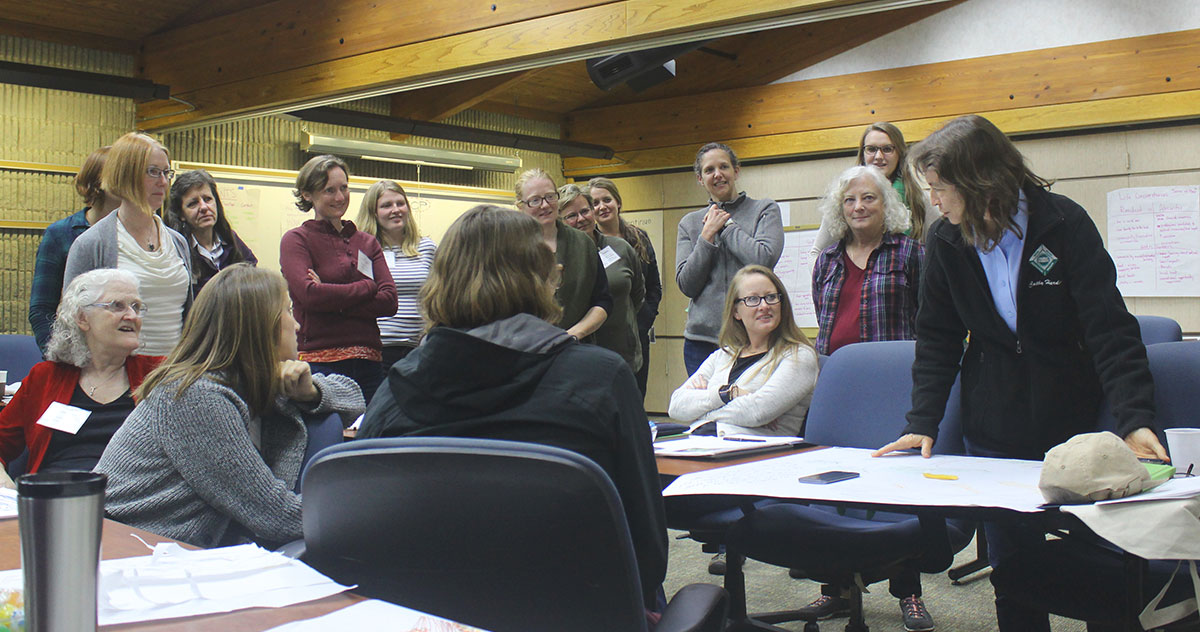 Photo courtesy of Katherine Hollins
Participants in a workshop for natural resource professionals that are working on programming specifically for female woodland owners, in October 2017.
As a stewardship forester with the Vermont Land Trust, Caitlin Cusack ’08 M.F. meets with dozens of forest-owning families every year. Their conversations usually begin around the kitchen table, where often a husband and wife will share updates on their family and land over a cup of coffee or tea.

Typically, she says, the wives are very much involved in the financial and organizational logistics of running the household; often, in fact, they’re the ones who keep the books. But when it comes to decisions about what to do with their forestlands, most women are likely to defer to their husbands.

“When the time comes to go outside and walk the property, it’s the husband who usually takes the walk,” Cusack says. “Often I’ll invite the wife to join us. But usually she’ll say, ‘Oh, no, he takes care of that.’”

The dynamic isn’t universal, of course. But other forestry and conservation professionals agree that this situation is fairly common and reflects a stubborn reality: in many ways forestry remains a male-dominated world — even as the number of female woodland owners is increasing nationwide.

About one-third of all forestland in the U.S. is owned by private individuals or families. But in most cases these owners don’t develop long-term management plans — a fact that leaves vast expanses of property vulnerable to degradation, fragmentation, and development.

Since 2003, the Yale-based Sustaining Family Forests Initiative (SFFI) has addressed this challenge by developing tools and training for conservation and forestry professionals to better communicate with these family owners about their stewardship choices and to develop support programs.

One way that SFFI helps build capacity for natural resource professionals is through its Tools for Engaging Landowners Effectively (TELE) program, which supports an online resources portal, in-person workshops, and project consulting for workshop graduates.

Through TELE, SFFI has trained more than 1,200 natural resources professionals from 400 organizations at more than 44 workshops in 31 states. And its 59 Advanced Training graduates are leading their peers and colleagues to implement TELE practices on their projects, giving presentations and webinars, and serving as local resources.

SFFI’s partner organizations are F&ES, the Center for Nonprofit Strategies, and the U.S. Forest Service.
A growing network of natural resources professionals, with the help of the Yale-based Sustaining Family Forests Initiative (SFFI), is trying to change that dynamic. In a series of workshops and webinars, retreats and trainings, a coalition is forming to help female landowners better understand their land management options and empower them to become better stewards.

Many advocates for female woodland owners say they confront an underlying challenge: historically women weren’t the ones in the family who dealt with land management issues. As a consequence, over the generations some of the skills or areas of expertise needed to manage the land — from being able to identify tree species to operating a chainsaw — often haven’t been passed on to young women.

In October, the SFFI convened a first-of-its-kind gathering of groups that have created programming specifically for female landowners or are interested in doing so. In the months since, SFFI has helped galvanize and connect the group – which has long existed as independent organizations under the banner of the Women Owning Woodlands network — establishing training and mentoring opportunities to disseminate best practices nationally.

“I meet women all over the country who say, ‘I inherited my land and I really want to be a good caretaker but I don’t know what to do with it,’” says Mary Tyrrell ’97 M.F.S., director of the SFFI and the Yale-based Global Institute of Sustainable Forestry. “Forestry is still very much a very ‘macho,’ male-oriented field. It’s changing but it’s still mostly a guy’s world.

“That’s why it’s so important to have these women woodland owners meet each other and to reinforce each other. It really helps them to see that they aren’t alone, and that they’re involved in something bigger — and that they have a network they can count on.”

One fact is undeniable: More women than ever before are responsible for managing their woodlands.

According to the U.S. Forest Service’s 2016 National Woodland Owner Survey, the percentage of family-owned forest properties with women as the primary decision-makers increased from 11 percent in 2006 to 22 percent in 2013. 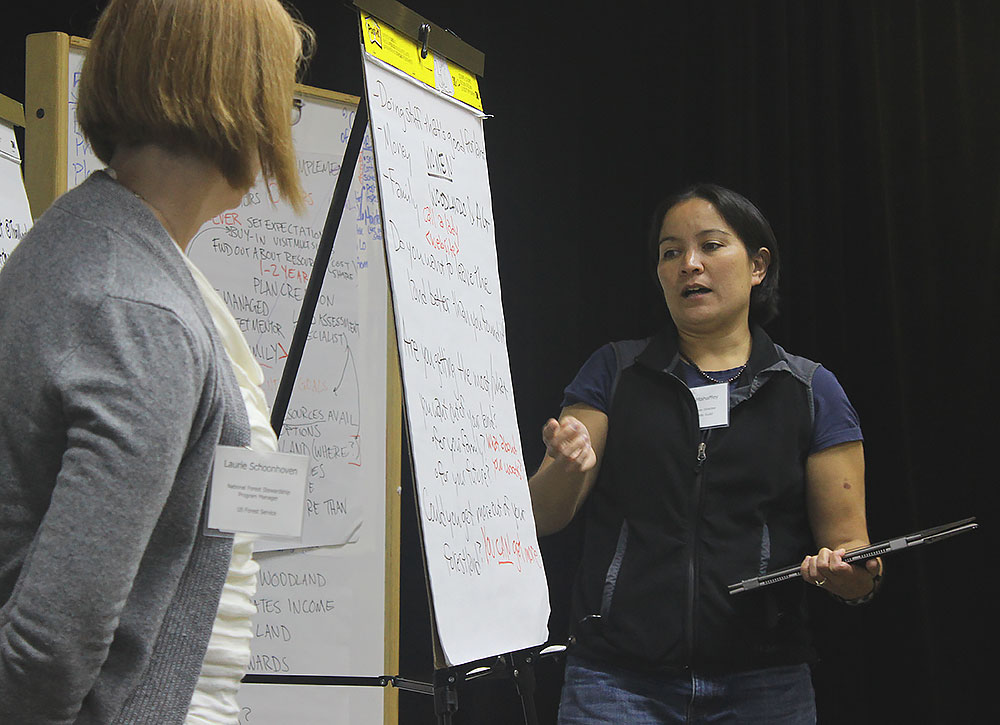 Photo courtesy of Katherine Hollins
Amanda Mahaffey 04 M.F., the Northeast Region Director of the Forest Stewards Guild, presents during a recent workshop in New York.
While there is relatively little research on how men and women differ when it comes to land-use and land management attitudes and behaviors, a 2017 study, coauthored by Tyrrell, provided some important insights.

In short, while survey data show that women care as much, if not more, as men about the environment and forest conservation, they are less active as land managers, a fact that can have adverse long-term consequences.

These findings, the researchers concluded, show the urgency for programs designed specifically for female woodland owners. They suggest, for instance, that programs encouraging women to contact professionals — such as foresters and wildlife biologists — and providing easy access to that expertise will encourage women to take a more active stewardship role.

In truth, such programming has been emerging across the U.S. at least since the early 2000s.
“Ultimately, we’re encouraging them to adopt practices that will benefit the environment and the landowners themselves”
— Mary Tyrrell, director of SFFI and the Global Institute of Sustainable Forestry
In Pennsylvania, for instance, a coalition led by Amanda Subjin at the Delaware Highlands Conservancy and Allyson Muth ’99 M.F. at the Center for Private Forests at Penn State University, hosts biennial retreats that provide women skills in forest stewardship — from chainsaw safety to “cognitive mapping” of forestry goals based on emotional connections to the land. In Maine, Amanda Mahaffey ’04 M.F., the Northeast Region Director of the Forest Stewards Guild, works with local conservation groups to coordinate workshops to empower female woodland owners. They might, for instance, have experts address technical issues like the dos and don’ts of timber harvesting, or how to prune trees. But they also leave ample time for participants to meet each other, to share their own stories, and to present their own personal goals.

The workshops build knowledge, Mahaffey says, but just as important they empower. “There’s something powerful about being in a room full of women with shared experiences,” she says. “In that setting it’s OK to say, ‘I don’t understand,’ or ‘Where do I go for help?’ on fundamental issues.” 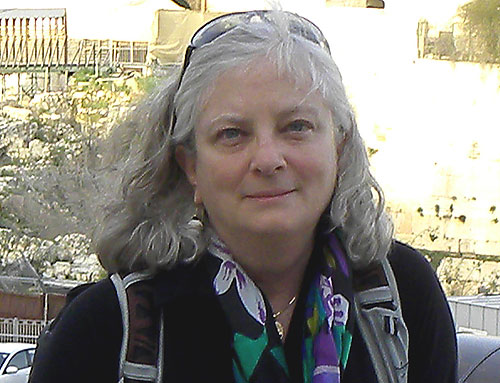 A Champion for Woodland Owners—and Students—Retires After Two Decades

Mary Tyrrell ’97 M.F.S. was in her early 40s when she decided to change careers and enrolled at F&ES. That mid-career transition would transform her life — and the School. Read more

To help other landowners and organizations have that opportunity Mahaffey has been working closely with Yale’s SFFI and other partner organizations to develop the growing network. [Her organization, the Forest Stewards Guild, recently took over coordination of the Women Owning Woodlands network (WOWnet) website.]

And momentum is growing.

Over the past few months the staff at SFFI has organized a Google Group online community that enables leaders in woodland owner outreach to stay in touch. “The group has been growing,” said Katherine Hollins, program manager for SFFI and the Global Institute of Sustainable Forestry. “People have been using the group to ask questions, to share resources, to let other members know about workshops, and to report back on how events have gone. It’s exactly what we wanted to be happening.”

Recently SFFI also organized a webinar for network members to showcase an example of peer learning used in estate planning workshops and discuss opportunities for tracking and evaluating programming.

“The key thing is that it really is a network,” Mahaffey says. “We’re not trying to tell people this is the one way to do things. We’re trying to share resources and create a hub of information, of shared experiences, of answers on how can you do things that are more effective.”

When the Sustaining Family Forests Initiative was created at Yale more than a decade ago, the goal was to help natural resource professionals better connect with the owners of private woodlands about sustainable land management. The stakes are potentially enormous; about a third of all forestland in the U.S. is owned by private individuals and families, and in most cases little was known about how they used their land or their long-term plans.

While many of these workshops and initiatives are framed within a regional context, Tyrrell says the work with the Women Owning Woodlands network is in the same vein.

“And ultimately we’re encouraging them to adopt practices that will benefit the environment and the landowners themselves.”

In 2017 the Vermont Land Trust hosted a series of woodland walks as part of the organization’s 40th anniversary.

At one of the privately owned properties, in Groton, Vt., three generations of a family were represented: an older couple that bought the land decades earlier; their children, including two sons who now take a more active role in management, such as occasional timber harvests; and their grandchildren. The family members reflected on the pivotal role this remote piece of land has played in their lives, and the joy of sharing it with succeeding generations.
“How do we engage with this new generation to make them feel that they have the resources and the information they need to take the reins and make responsible decisions?”
— Caitlin Cusack ’08 M.F., Vermont Land Trust
During the walk, which was led by a female forestry consultant, Caitlin Cusack, the land trust forester, had a chance to chat with one of the younger nieces, in her 20s or 30s, who expressed an interest in being more involved with managing the land. “She seemed to be really interested in carrying the torch in the management of her family’s land,” Cusack says.

Cusack recalled that conversation a couple of months later at the Women Owning Woodlands workshop.

“It made me think, how can we support her?” Cusack said. “How do we engage with this new generation to make them feel that they have the resources and the information they need to take the reins and make responsible decisions?

“For one thing, I think for that young woman to see a female forester was empowering — and a sign that things are changing,” Cusack said. “But for me, it’s important to see that she has the support and the knowledge she needs going forward.” 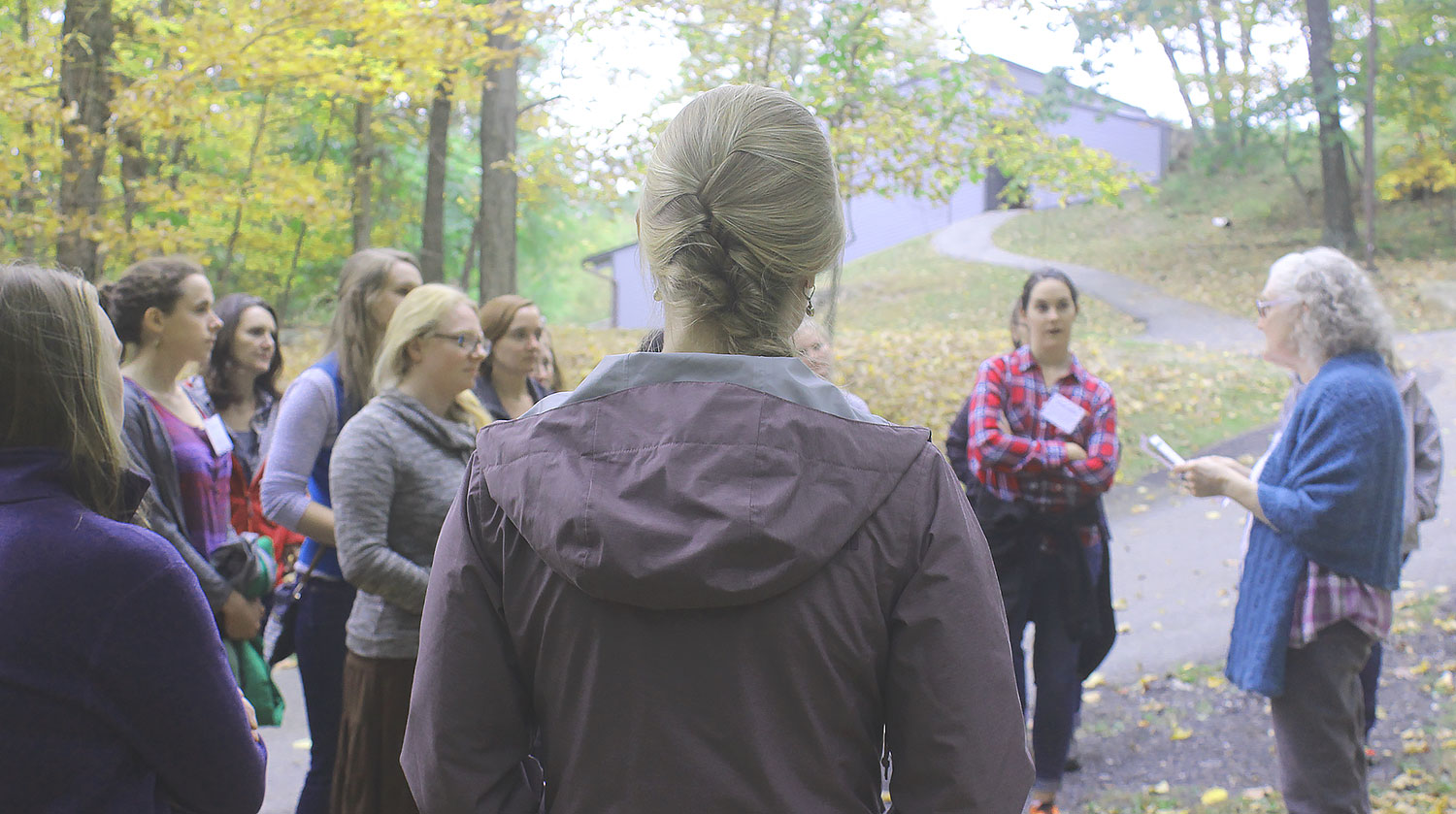