A Native Alaskan Campaigns to
Protect Bristol Bay, and A Way of Life

Verner Wilson's family has fished the waters of Bristol Bay, in southwestern Alaska, for thousands of years. Now the F&ES alum is working to protect the bay from what he calls the greatest threat it has ever faced: the proposed Pebble Mine.
By Urvi Talaty 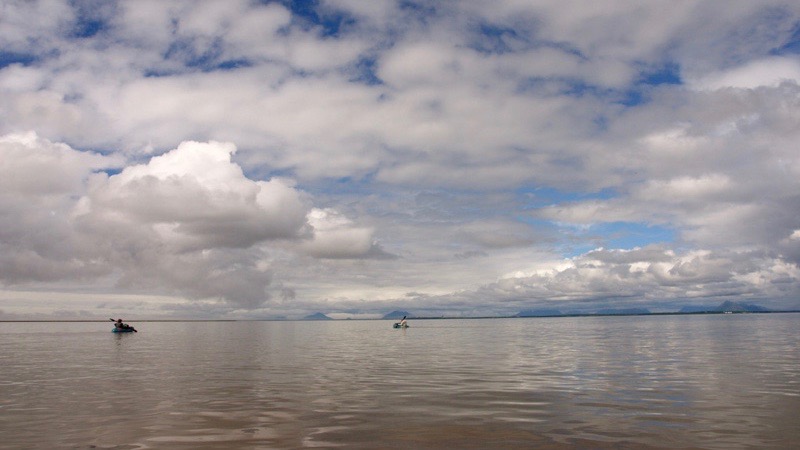 Wikimedia Commons
Verner Wilson III ’15 M.E.M. has been fishing the waters of Bristol Bay, in southwestern Alaska, since he was five, when he started set-netting off Clark’s Point. But his family connections to these waters go back much farther: His grandmother was Yup’ik from this area, so his ancestors have subsisted off these waters for thousands of years.

Today, Wilson is working to protect Bristol Bay — and a way of life it has supported for so long — from what he calls the greatest threat it has ever faced: the proposed Pebble Mine. As Senior Oceans Campaigner for Friends of the Earth, he is calling attention to the potential threats of the project, a massive open-pit plan that intends to excavate billions of pounds of copper, molybdenum and gold over a 28-square-mile area in southwestern Alaska.

Last week Wilson returned to Yale to describe these threats to students enrolled in the course, “Perspectives,” which is using the controversial project as a case study in the complexity of addressing environmental challenges.

In an interview, Wilson describes the potential ecological and social costs of the Pebble Mine project, other threats facing Bristol Bay, and the work he’s doing to it.

What are the greatest threats to the Bristol Bay region and what are some of the ways they can be addressed? 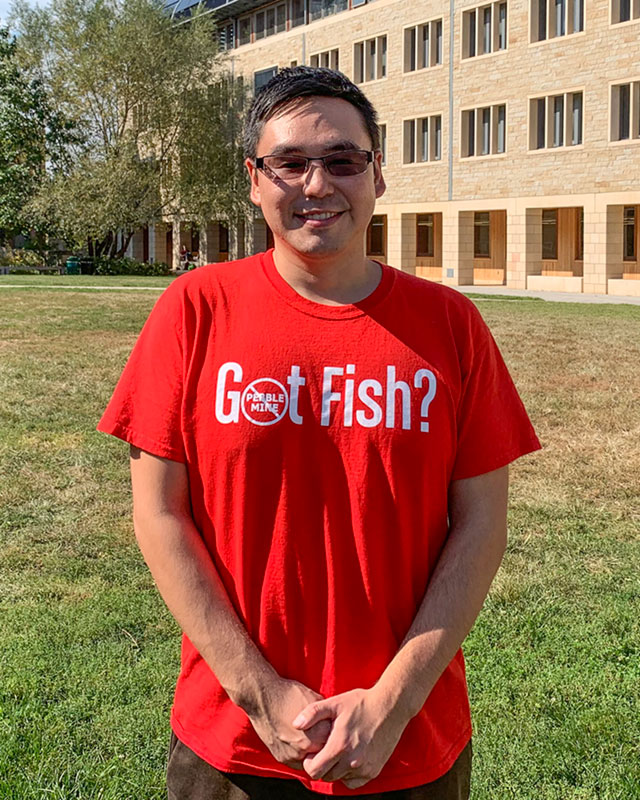 Photo by Urvi Talaty
Verner Wilson III
Verner Wilson III: I think the biggest threat to Bristol Bay right now is the proposed Pebble Mine. We are dealing with this monstrous project that many local communities do not want to see happen, and we want to project the last great wild salmon fishery left on Earth. Fishery has been around for a millennia. I’m Yup’ik from Dillingham, Curyung. My people have been subsisting off the land for thousands of years in Bristol Bay and so we want to make sure our resource is protected.

This mine would be one of the largest in the world. Gold and copper mines provide a lot of toxic waste to the region and that is not good to us. We want to protect our salmon way of life, our subsistence, sports and commercial fisheries that provide a lot of jobs, a lot of food, and a lot of goodness to so many people, not just to us, but for a lot of people around the world.

The second largest threat is climate change. We are concerned about how climate change will affect the migratory habits of our wildlife such as salmon, birds, bears, other fish and marine mammals. It’s not just about the migratory pathways and how it could impact those populations, but we are actually seeing our communities erode into the ocean, we are seeing invasive species. Between those two issues I think we have a lot to deal with.

Do you think the development will have any positive impacts on the people of Alaska? What are some benefits the Pebble Mine, if developed, might have?


Wilson: That’s a very good question. For me when it comes to the Pebble Mine, I think it’s the wrong mine in the wrong place and it should never be allowed to go through. In other regions in Alaska, such as Red Dog, the local people directly benefit because it’s owned by native corporations. So they were very much for the development of that mine and have reaped a lot of benefits. But in Bristol Bay, we are known for our salmon, we are known for our wildlife, we already have an existing economy that provides not just jobs, but also a way of life and subsistence food to so many people.

So preserving that is the number one priority for us. I am sure that if the mine ever does go through — which I hope it doesn’t — that it will have some positive impacts on some people. But you have to weigh that against how it can negatively impact many more people.

If you look at history, when it comes to some mines, for example, most of the high-paying jobs went to people not from the region, because they didn’t have the expertise. So for me, it’s looking at the existing resource that we have, our salmon fishery that provides about $1.5 billion in revenue every year, provides 14,000 jobs, is a renewable resource, and has been there for hundreds, thousands of years, versus a short-term, toxic proposed mine like Pebble, that would have devastating impacts on our fisheries and our way of life as it currently stands now.

What are some forces, be it in terms of policies or awareness, that you think can help strengthen the power that native corporations have and how would that impact the movement against Pebble Mine?


Wilson: My native corporation, Bristol Bay Native Corporation, which is one of the 13 regional native corporations that have come out against Pebble Mine after they heard from mining experts, fisheries biologists, and local people. They did surveys, they looked at the science, and said that most of our shareholders are not in favor of this. It has been a very forceful, positive impact for our side because they are very credible. They listen to the concerns of the local people. We are the owners of that corporation. So they are very credible.

When you look at other areas, and things beyond native corporations, we do need to strengthen the rights of tribes in Alaska and throughout the U.S., we need to strengthen the rights of indigenous peoples, so that they actually have a seat at the table, they can help make the decision. Because right now, as it stands under the Trump and Dunleavy administrations, they are getting completely shut out. I think that on the issue of Bristol Bay, they are listening to lobbyists that have spent millions of dollars over the millions of people who have come out against the mine, over the local people who bear the most impacts, and against the science and good policy.

How can people who are interested in this issue get involved? Are there resources they should explore?


Wilson: I work with Friends of the Earth, which is a great organization that focuses a lot on environmental justice, social justice, and helping historically disadvantaged people be heard on environmental issues. They have a website on this issue. Beyond that, there are lots of other organizations that have helped us in this battle — including our partner, United Tribes of Bristol Bay. They could also urge their senators to pass the amendment to halt the Pebble Mine.

Do you think there is a gap between what happens in Alaska and how it is understood by those who live in the lower 48 states?


Wilson: I think in America, there is quite a romanticization of Alaska. People are fascinated by it. Whenever I say I am from Alaska their ears perk up. We have the nickname ‘The Last Frontier’ for a reason, because we still have a lot of places that are wild and natural, places like Bristol Bay that still have tens of millions of salmon returning to it naturally. We don’t have any hatcheries in the bay, it is the only place pretty much around the world that doesn’t have hatcheries to support the populations.

So, we have appealed to our fellow Americans on the issue of Pebble Mine, for example, and they have heard us. Just a few months ago, there was a vote in the U.S. House of Representatives on whether or not this permit Pebble is trying to get should be delayed, because the process has been so flawed, so inadequate and so corrupted by the Trump administration. So that actually passed the U.S. House of Representatives and I think one of the main reasons was because we do have those rich resources. When you look at Bristol Bay, there are people from around the world that go there to go fishing or to take part in the fishery processing or sports fishing. I meet people every summer not just from all parts of the U.S. but from around the world, that go to the region to utilize that rich resource. So it is really, I argue, not just a national treasure, but a global treasure. I think that’s why we will win.

What do you think about the Perspectives course and why it is important to hear different perspectives about this issue?


Wilson: I am very glad that the Yale School of Forestry & Environmental Studies is doing this course and offering these perspectives to the students. I think Pebble Mine is one of the most important environmental topics because I say that if we allow mining in a place like Bristol Bay, what environmental project will we not allow?

It is very important for students to hear all sides of an argument so that they can make an informed decision. I understand that Mike Heatwole, who is Vice President of the Pebble Partnership, will be speaking to the class next week. I obviously don’t agree with what they are trying to do, but I’m glad that he’s speaking, because they do have some valid arguments and they should be heard. Amidst these very difficult environmental and natural resource conflicts, it is important that we hear different perspectives and then based on that, hopefully make the right decision.
Urvi Talaty ’21 M.E.M. is a first-year student at the Yale School of Forestry & Environmental Studies.