Ingrid C. “Indy” Burke, a professor of ecosystem ecology and dean of the Yale School of Forestry & Environmental Studies (F&ES), has been named a 2019 Fellow of the Ecological Society of America (ESA) for her contributions to the field of ecology. 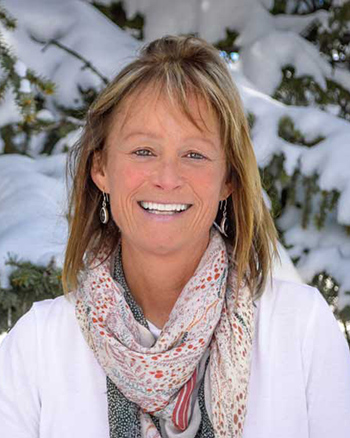 Indy Burke
Burke, who was named Carl W. Knobloch, Jr. Dean at F&ES in 2016, was elected for advancing fundamental understanding of ecosystem processes, particularly carbon and nitrogen cycling in semi-arid rangeland and grassland ecosystems, and for applying those biogeochemical principles to rangeland ecosystem management.

Before coming to Yale, Burke spent much of her career in the U.S. West, where her research focused on understanding the region’s dry systems, specifically carbon and nitrogen cycling and the effects of land management and climate variability on these systems.

From 2008 to 2016, she was director, and then dean, of the University of Wyoming’s Haub School of Environment and Natural Resources, one of the leading institutions in the western U.S. for research, teaching, and outreach on natural resource issues.

Her work with graduate students, postdoctoral associates, and colleagues has addressed how drylands are influenced by land use management, climatic variability, and regional variability. A respected educator and intellectual leader in the U.S. and internationally, she has received more than $20 million in grant support for research and published more than 150 peer-reviewed articles, chapters, books, and reports.

She has also taught in the fields of environmental science, ecosystem ecology, and biogeochemistry.

The Ecological Society of America established its fellows program in 2012 with the goal of honoring its members and supporting their competitiveness and advancement to leadership positions in the Society, at their institutions, and in broader society. They are elected for life.

Other ESA fellows on the F&ES faculty include William Lauenroth, a Professor in the Practice and pioneer in the field of drylands ecology, and Oswald Schmitz, Oastler Professor of Population and Community Ecology and Senior Associate Dean of Research. Liza Comita, an assistant professor of tropical forest ecology at F&ES, was selected as an ESA Early Career Fellow in 2015.