Keeping It in the Family

By Allegra Lovejoy Wiprud
Practicing forestry — especially in the U.S. South, known as the nation’s “woodbasket” — requires more than a basic understanding of one or two tree species. It’s also the art and science of place, including the human dimension, says Tes Myrie ’19 M.F., who this week graduated from the Yale School of Forestry & Environmental Studies (F&ES). 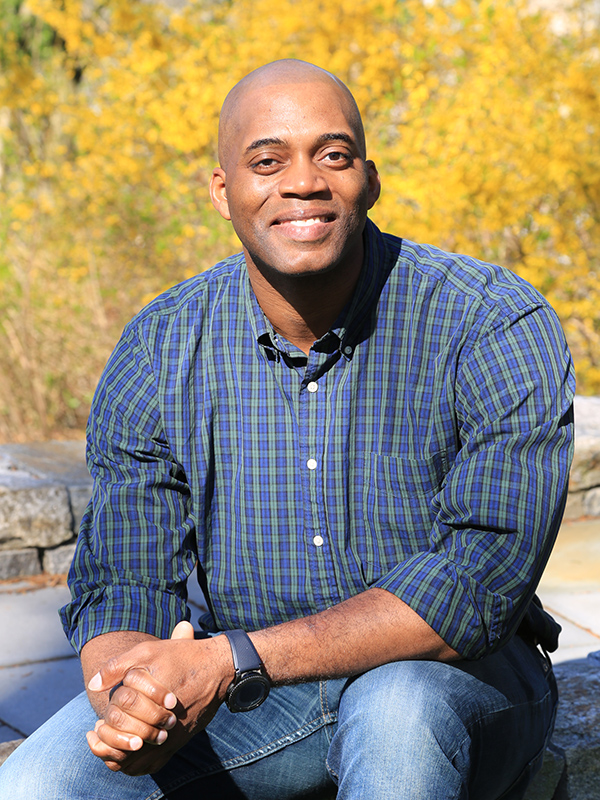 Photo by Matthew Garrett
Tes Myrie
The intricacies can be complicated. Take the concept of “heirs’ property,” a phenomenon most common in southern states, in which title to land remains in the name of a person even after he or she has died — while the land rights are passed down, informally, from one generation to the next.

During an event at F&ES last fall, Myrie heard a Southern forester, Sam Cook, explain this and other factors that historically have left some Americans — especially African American families — vulnerable to exploitation and land loss. Afterward, Myrie got to know Cook, who works at North Carolina State University, and they’ve begun working on a project they hope will help historically underserved landowners build wealth that they can pass on to the next generation.

In an interview with Allegra Lovejoy Wiprud ’20 M.E.M., Myrie discussed the project and other future plans.

Tell us about your project.


Tes Myrie: I’m developing a project to work with small landowners throughout the South – starting in the Lowcountry of South Carolina. Specifically, I’m exploring a timber investment management organization model in which I can work with these landowners to create a range of opportunities for income generation, sustainable forest management plans, and an infrastructure for generational wealth. My big question is: how does this segment of the population take advantage of the opportunities that are available to those with legitimate claim to their land and access to capital necessary to manage their land for income in perpetuity?

What circumstances are these landowners generally experiencing?


Myrie: On average, these families hold 10 to 25 acres that are often passed down from preceding generations with diminishing capacity to capture and maximize the value of their land. Often folks are older and are looking for some steady income as they plan to retire, and are not sure how to do that with their land. One of the big challenges people face is the “heirs’ property conundrum,” where land is passed down without clear title. This is a major limitation for the families. There has to be a generational continuum so that members of the next generation — including those who have migrated to urban centers — do not lose their connection to the land and better understand their rights and responsibilities as owners and stewards of the land. This calls for grassroots efforts to disseminate relevant information about the requirements for managing their land and, subsequently, how it builds  a familial wealth infrastructure.

Over one hundred years ago, there were more than 20 million acres of African American-owned land throughout the South. Today, the number has plummeted to as low as 1 million, exacerbating economic disparities throughout the region, but effectively nationwide. For example, some of these remaining owners, because they do not have clear title, cannot receive aid from FEMA [the Federal Emergency Management Agency] for damages caused by natural disasters of 2017 – Harvey, Maria and Irma, three of the five most costly hurricanes in U.S. history, according to NOAA — much less legally manage their land for income.

How did you become involved in these issues?


Myrie: In part, my inspiration is personal. My parents are Jamaican expatriates and are very spiritual. Although we lived in the Greater New York area, my parents instilled in us a deep reverence for the land. A few years ago, my dad moved to South Carolina and started cultivating farmland. However, when there was a legal challenge to his ownership, his sweat equity and capital investment were immaterial. The vision of an enterprising organic farm was unceremoniously terminated and he was forced to vacate the property. Less than a month after learning of this, I met Sam Cook [executive director of forest assets for the College of Natural Resources at North Carolina State University]. He delivered a powerful presentation in Marsh Hall about his work in South Carolina with heirs’ property. I developed a project based partnership with Sam based on our dedication to land ownership and responsible forestry.

In that sense it has been very recent. But in another sense it is also a longstanding interest. I studied economic history as an undergraduate, focusing on the transatlantic slave trade and its effects on the current world economic order. This work is part of a larger vision of which I am just one small part.


Where do you hope to go with this in the future?


Myrie: My plan is to continue this work in Mozambique to ensure that its state-owned land is properly managed for long-term sustainability and for strong income generation, down into the local communities. There has to be, at some point, vertical integration where all parts of the supply chain are directly tied to the people producing the natural resources. Rather than continuing the legacy of the extraction of resources, first human and then natural, from sub-Saharan Africa, with little to no premium beyond the initial transaction (i.e., the very first link in the supply chain), my hope is to work towards a fully integrated system of trading into the world market.  It’s economic development, building intergenerational stability, and managing land well so that resources maintain an economic connection to the people. The way to do one’s best work is being in service to a higher purpose and a movement that’s bigger than we are. To think seven generations ahead and seven generations back. Then you can never, ever think it’s about you.
Allegra Lovejoy Wiprud ’20 M.E.M. is a master’s student at the Yale School of Forestry & Environmental Studies.