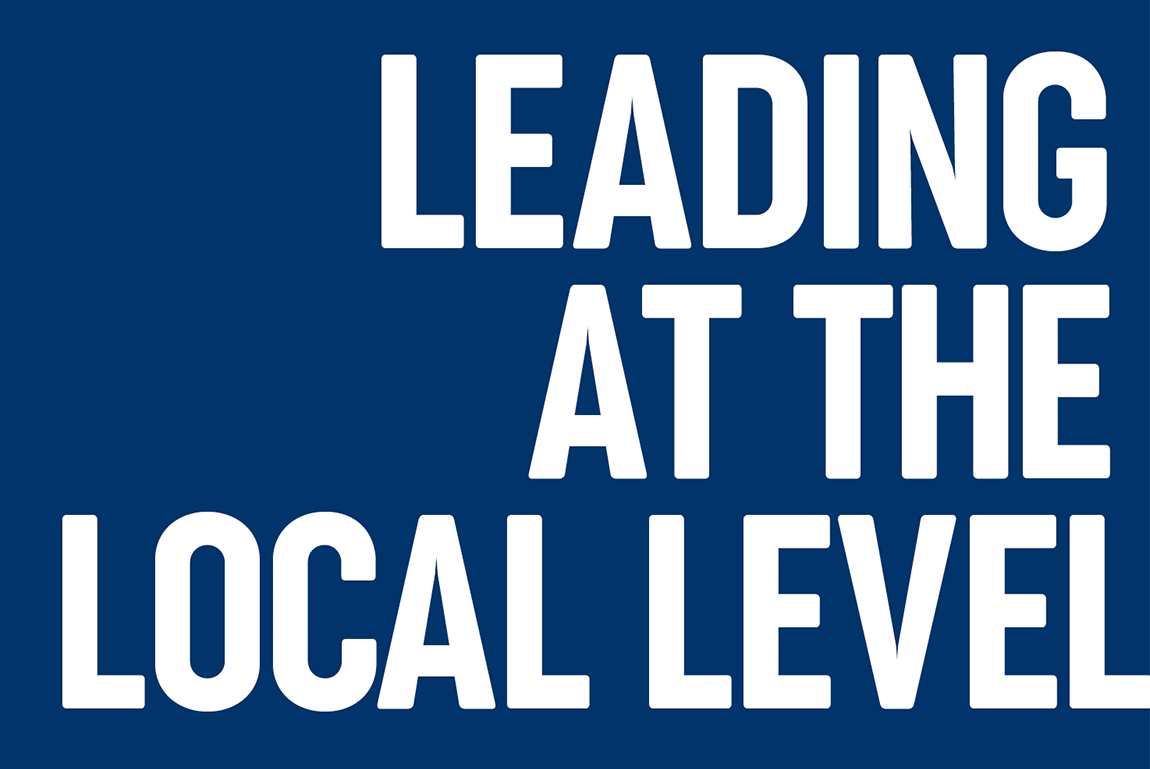 Leading at the Local Level

While progress in addressing climate change and other major environmental challenges seems to have stalled at the national level in recent years, there are those who are working at the local level to fill the gap. Meet four alumnae who are using the leadership skills they honed at YSE to have a positive impact in their communities, their states, and their regions.
By Emma Johnson ’20 MEM 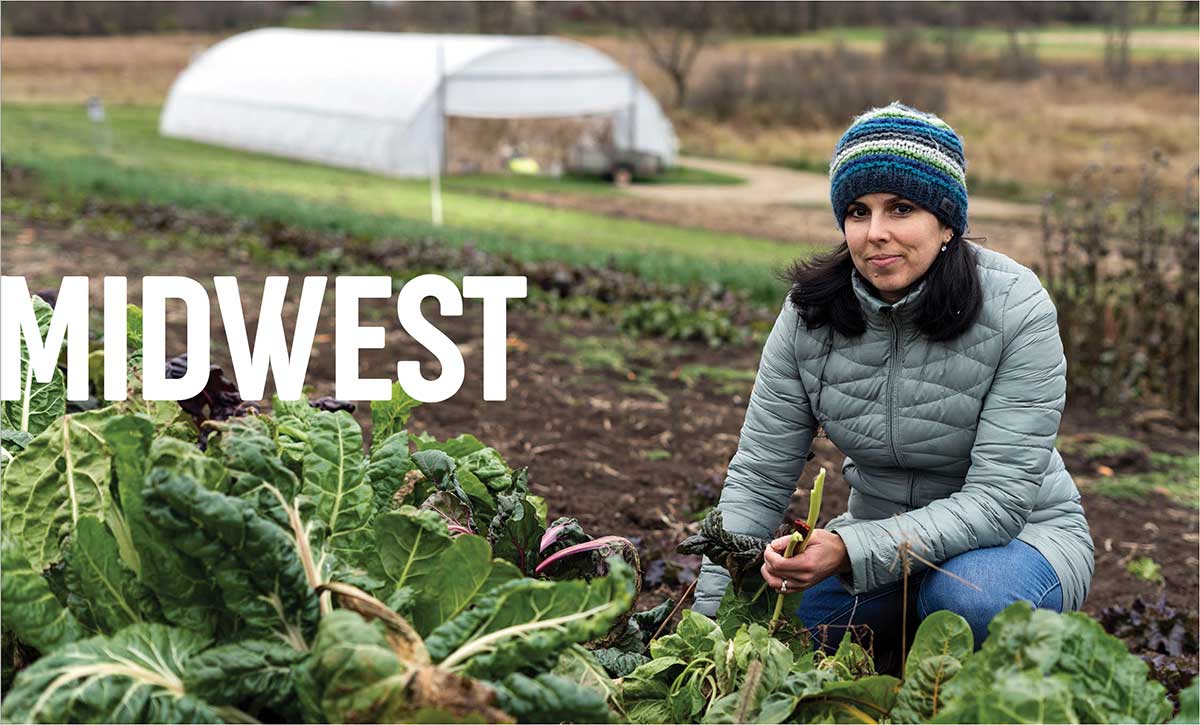 From advocating for renewable energy to practicing regenerative agriculture, Chelsea Chandler is pushing Wisconsin to be a climate leader. She is the climate solutions director at Clean Wisconsin, a nonprofit whose mission is to fight for clean air and water in the state. Chandler is tasked with advocating for climate solutions at every level possible.

“The reality is that we need climate action at every level, and we need to take advantage of opportunities where we can effect change,” says Chandler. “If we aren’t seeing urgent action at the federal level, then states and regions can step
up and be the model for what other states or the country can adopt.”

Although she hasn’t been in her role long, Chandler is already protecting one of Wisconsin’s most effective programs: Focus on Energy, the statewide energy efficiency program. By helping people buy efficient lightbulbs or tune up their grain dryers, Focus on Energy has been an enormous success. “Evaluations of the program have consistently shown huge returns for the investments,” Chandler says. After facing historic funding cuts, Chandler is advocating for additional support so Wisconsin can be as energy efficient as possible.

Amber Meyer Smith, vice president of programs and government relations at Clean Wisconsin, notes that Chandler’s “knowledge, practicality, and passion for climate change issues makes her a great fit to lead the organization’s state and regional efforts.”
“She can bring together the details and science of climate change and use that to engage people to speak up on this critical topic,” Smith says.

In addition to being an advocate for Wisconsin’s environment, Chandler is also a farmer, running Plowshares & Prairie Farm with her husband, Scott Laeser ’08 MEM. The farm is “a living laboratory” that gives Chandler the chance to put policies into practice. “My husband and I were able to implement a lot of the solutions that we are advocating for in our office jobs,” she says. 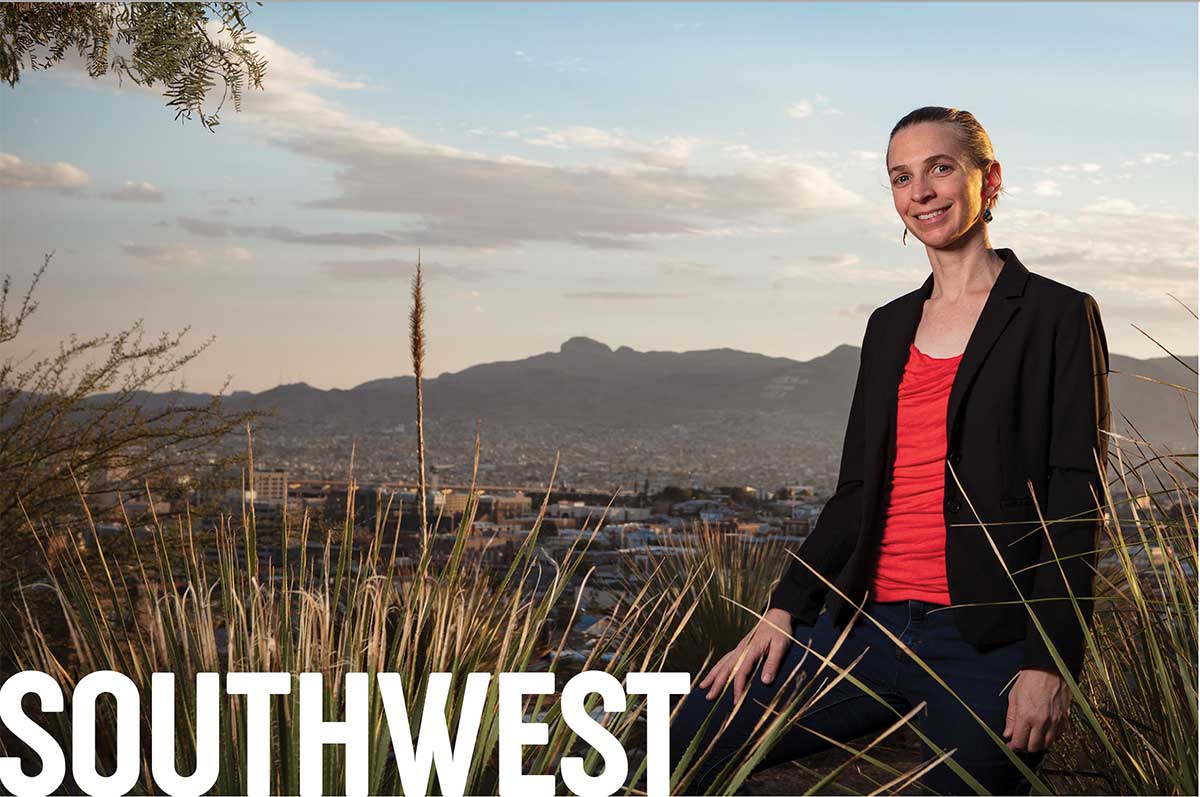 Barnes joined TRLA after she completed the joint Master of Environmental Management (MEM) and J.D. program at Yale School of the Environment and Vermont Law School. Like in the El Paso schools’ case, the environment is just one of many issues Barnes addresses in her work.

“It’s important for us to take on cases that will make a change not only for our clients, but hopefully for other people across the local area, state, or even across the Fifth Circuit,” Barnes says.

Barnes has seen this ripple effect play out in other cases that TRLA has handled, such as a 2019 settlement requiring Formosa Plastics to pay $50 million for violating the Clean Water Act in Lavaca Bay, which is southwest of Houston and leads into the Gulf of Mexico. This money will go into regional environmental mitigation projects.

TRLA doesn’t work alone. “A lot of our cases allow us to partner with other people to see how our cases fit in with the larger picture,” Barnes says. “We communicate with other people doing environmental justice work in Texas and in the region … and, if possible, work to support each other in our legal work.”

Barnes arrived at this work at TRLA after getting the chance to delve into different types of law while pursuing her joint degree. An extra year of internships and interdisciplinary classes helped set her on her current legal path, in which she hopes to work on pollution prevention to protect communities in the future. 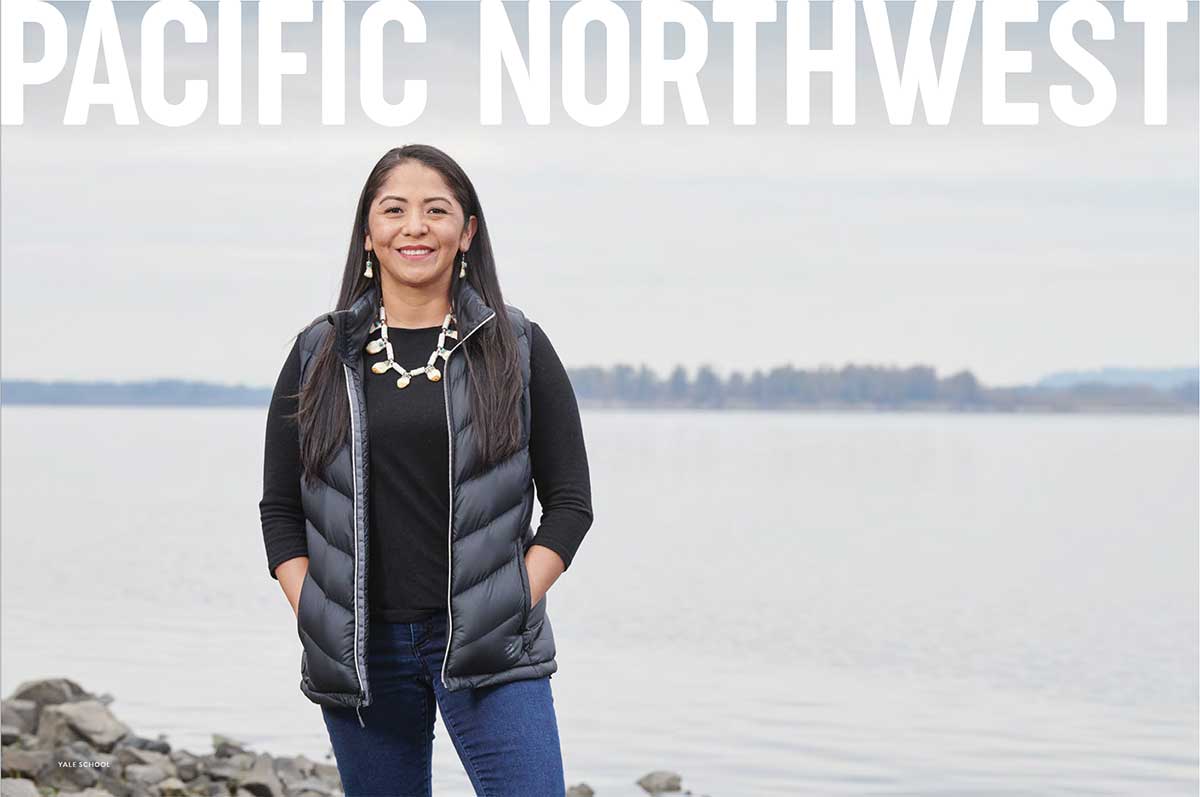 The Pacific Northwest is salmon land, especially for Indigenous nations. Salmon is central to the work of the Columbia River Inter-Tribal Fish Commission (CRITFC), where Aja DeCoteau is watershed department manager.

Formed in 1977, CRITFC is a group of four tribes in the Columbia River basin — the Yakama, Umatilla, Warm Springs, and Nez Perce nations — advocating for tribal treaty rights. As DeCoteau explained, “Salmon is what our organization is about and who we are as a people.” By returning fish to rivers, protecting tribal fishing rights, and supporting tribal fisherpeople, the commission works across science, policy, and religion to protect traditional ways of life.

A core piece of CRITFC’s work is collecting scientific data. From estuary research and genetics work to climate modeling, their researchers are studying salmon and their land to better prepare for predicted climate shifts.

DeCoteau’s biggest project is updating CRITFC’s Wy-Kan-Ush-Mi Wa-Kish-Wit (Spirit of the Salmon) plan, an innovative, 25-year project following the salmon’s life cycle that ends this year. Climate change will be at the forefront of the new plan. The tribes have always been climate leaders because “we’ve been adapting to a changing climate since time immemorial,” DeCoteau remarked. “We now see more alignment with others in how we manage our tribal resources for future generations.”

Beyond CRITFC, DeCoteau is a board member at Earthjustice, where “her expertise in tribal natural resource management provides critically important insights and experience to staff and board members alike,” says N. Bruce Duthu, fellow board member and Native American studies professor at Dartmouth College.

As DeCoteau thinks about what’s next for CRITFC, she says, “The greatest strategy for looking at climate change is to look at the youth.” She hopes to empower tribal youth so they can lead everyone to a brighter future. 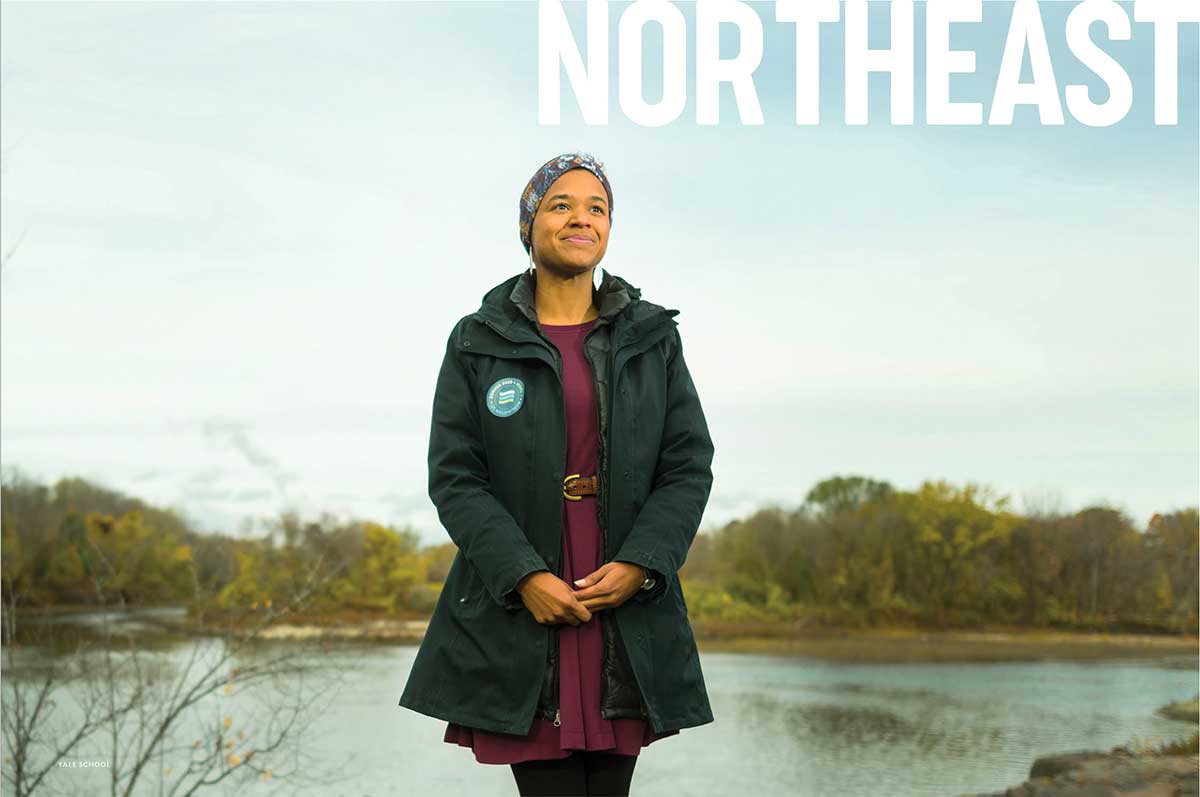 When Zoraya Hightower moved to Burlington, Vermont,
in 2016, she knew she wanted to connect to her new community through local government. She first served on
the development review board before deciding to run for city council.

Hightower won her race for Ward 1 councilor and is the first woman of color to serve on Burlington’s city council. Despite only serving in the role since April, she’s already an active councilor — serving on four committees and a new task force investigating school resource officers.

One of those committees, public safety, is usually not among the most active, Hightower notes. Then, on May 25, George Floyd was murdered by police officers in Minneapolis, setting off an ongoing national movement for racial justice. In Burlington, Hightower has led the charge. She introduced a successful resolution on racial justice in June in collaboration with other councilors, the advocacy organization Vermont Racial Justice Alliance, and local citizens. The resolution declares racism a public health crisis, reduces the police force by 30 percent, and creates an apology and reparations task force, among other anti-racism measures.
Since then, Hightower was elected chair of a ten-person joint committee uniting the council’s public safety committee and the citizen-run police commission and has started turning plans into action. The joint committee will examine what Burlington citizens want public safety to look like and will assess practices at the Burlington Police Department.

Hightower’s hope is that Burlington can be at the forefront of city-level racial justice work. “The more communities that are being brave,” she says, “the better it is for every community. As more cities address racism, others can learn from successes and mistakes.”

Leading the way will be difficult, but, as Hightower points out, “that doesn’t mean it shouldn’t be done. Why can’t we be first?”