Majority of the Public in U.S. and China Support the Paris Agreement, Survey Finds

The results of public opinion about climate change in China and the United States collected during fall 2017 was presented during the COP23 climate conference in Bonn, Germany.

The survey findings are especially timely as President Trump says he will withdraw from the Paris Agreement, while President Xi articulates a growing commitment to lead on the issue. The survey’s insights should help inform policy makers and civil society as they mobilize to act on climate change.

The six graphs below compare the key climate change beliefs, risk perceptions, and policy support found in China and the U.S.

“The Trump administration’s efforts to roll back climate policies are at odds with a growing majority of the American public, who want more, not less action,” said Anthony Leiserowitz, director of the YPCCC and principal investigator of the U.S. survey.

Haibin Zhang, a professor at the School of International Relations, Peking University, who has long studied global climate governance, said: “The survey findings show that China’s active participation in global climate governance is popular with the public. In today’s China, the low-carbon agenda is newly important strategically for the country. China’s international role is evolving from that of a participant and a follower, into that of a leader and a guide. Climate governance and sustainable development are the areas most conducive to China’s leadership.” 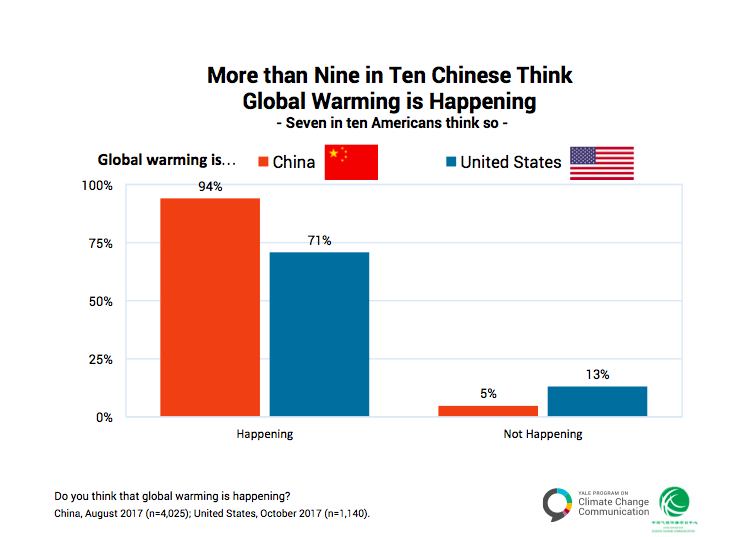 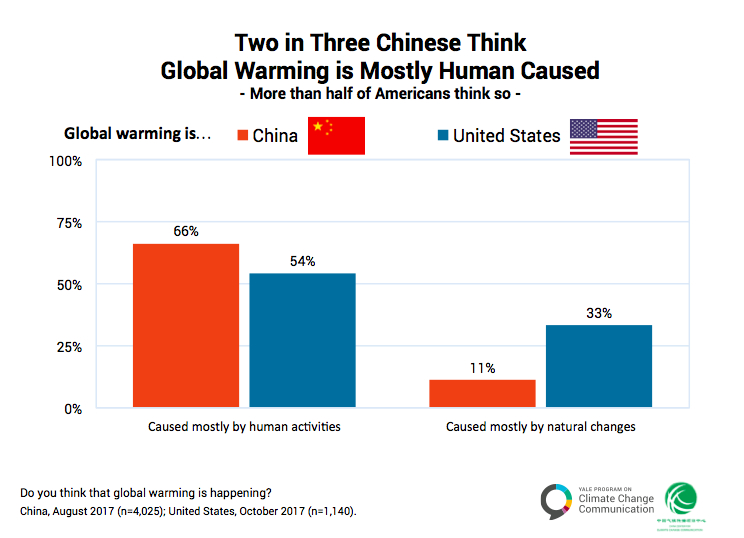 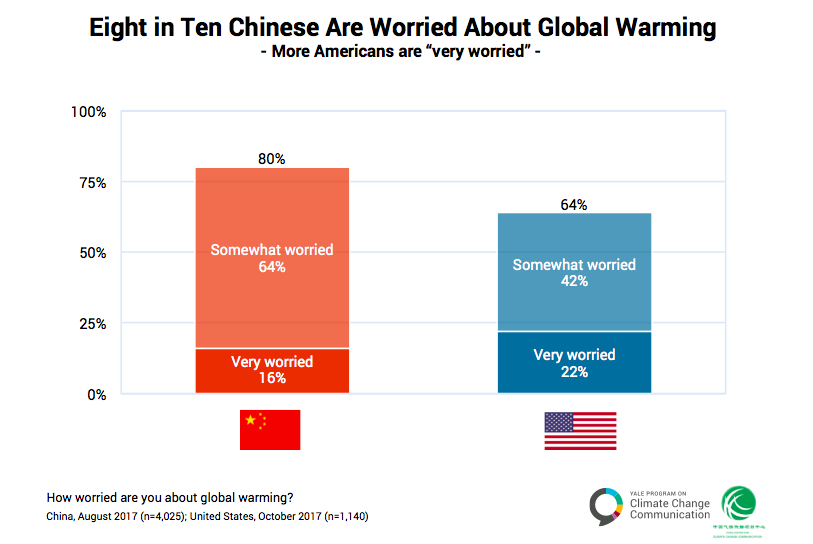 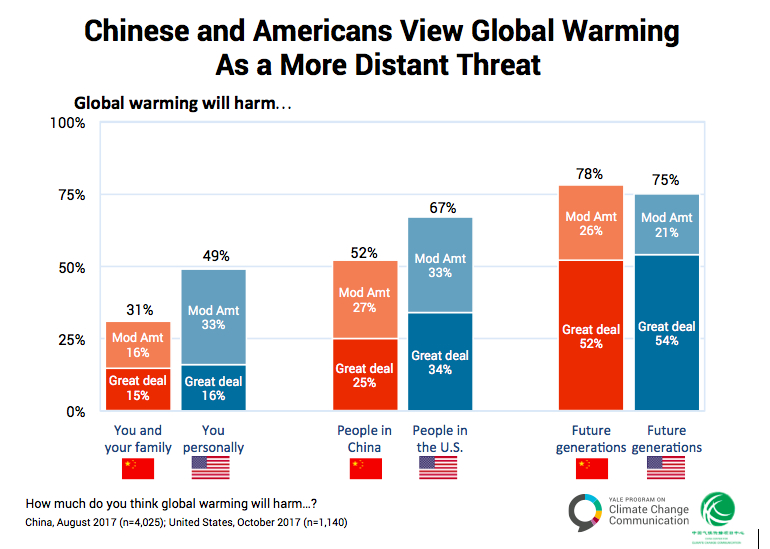 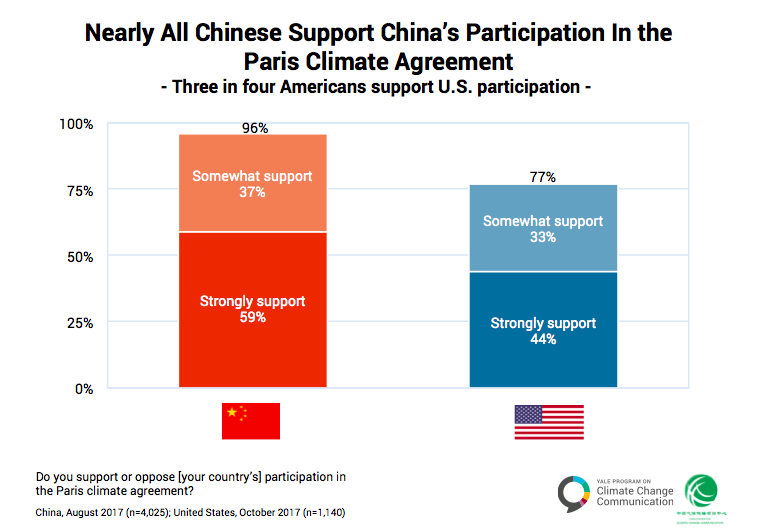 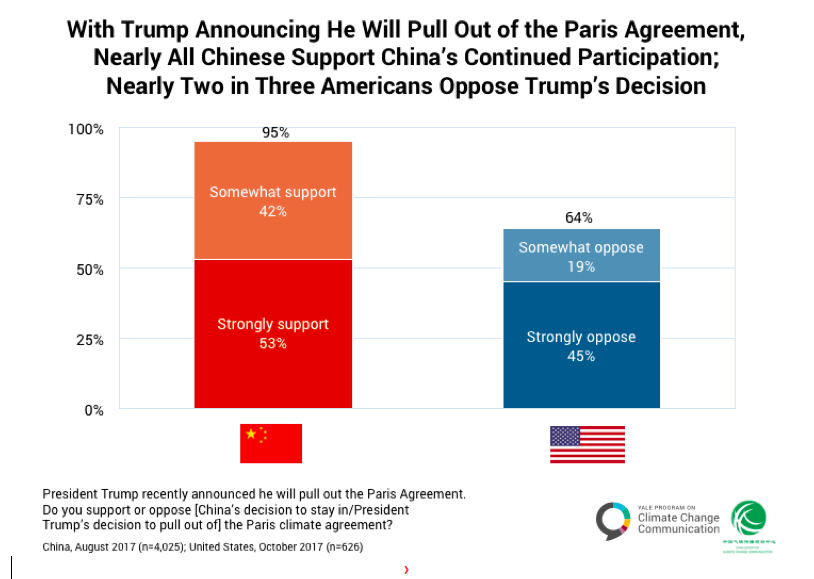