In an interview, Casey Pickett, director of the recently launched Yale Carbon Charge, discusses how the initiative aims to change behavior across campus, the broad range of research opportunities made possible by the initiative, and how it might ultimately be applied to other organizations.
By Kevin Dennehy
Earlier this year Yale University became the first university to experiment with a carbon fee, implementing a financially impactful fee on carbon emissions that will affect more than 250 buildings and 70 percent of the campus’s carbon dioxide emissions. 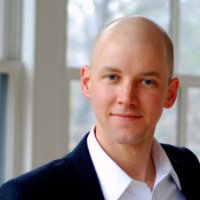 Pickett, who will discuss carbon pricing during a panel event at the COP23 climate conference in Bonn, Germany, says a recent pilot version of the initiative showed that carbon pricing is both politically and economically feasible.

In an interview, Pickett discusses how the initiative aims to change behavior across campus, the broad range of research opportunities made possible by the initiative, and how it might ultimately be applied by other organizations.

Where did the Carbon Charge project come from?


Casey Pickett: It originated with Professor Bill Nordhaus, a world-renowned environmental economist here at Yale and a primary leader in developing the “social cost of carbon,” which is an estimate of the cost of global damages from an additional ton of carbon dioxide emitted, in real dollar terms.

Then, a few years ago, when Professor Nordhaus was asked during an Earth Day panel, ‘What else could Yale do as a leader on climate change mitigation?’, he suggested that the university consider implementing an internal price on carbon or a carbon charge. After that a group of students, led by Jennifer Milikowsky, took that idea and ran with it, playing an integral part in proposing the idea and supporting the Presidential Task Force that studied the concept. The task force, created by Yale President Peter Salovey, recommended testing the carbon charge with pilot project on campus, which began during the fall of 2015.


What were the results of the pilot?


Pickett: Twenty representative buildings were selected from a range of administrative units around campus and randomly assigned one of four approaches to carbon pricing. One group was simply provided an energy report; each month they learned how much energy they were consuming — and how much they would have been charged under a carbon charge plan. The other three treatment groups received those reports too. But one group also received additional money to invest in energy conservation measures if they chose. Another group received an incentive such that if they achieved a 1 percent reduction compared to their historical emissions — or did better than that — they’d receive money; if they didn’t they’d have to pay. The last group participated in what is called a revenue neutral carbon scheme: if a building did better than the average building in the treatment group they received funds; if they did worse than the average they’d have to pay.

We learned that all four scenarios were both politically feasible and administratively workable. Deans and staff were receptive and engaged... It was particularly useful to learn that you don’t have to pick one specific approach when pricing carbon. There’s a wide range of possibilities you can try.

A big part of the scheme is providing incentives for individuals and groups to change their behavior and try new things. As you now expand this into a campus-wide initiative, how are different schools and leaders convincing people to try new things?


Pickett: We have seen a range of approaches. The energy reports go to the lead administrator, operations manager and facilities superintendent associated with each building. And those reports make salient the energy costs for each building — as well as the additional carbon charge amount each is responsible for. And by showing information one would not otherwise see (including those additional carbon charge costs) and by knowing that other people are getting similar information, it leads people to wonder how they’re doing in comparison. Research shows that peer comparison is one of the most powerful motivators we know. 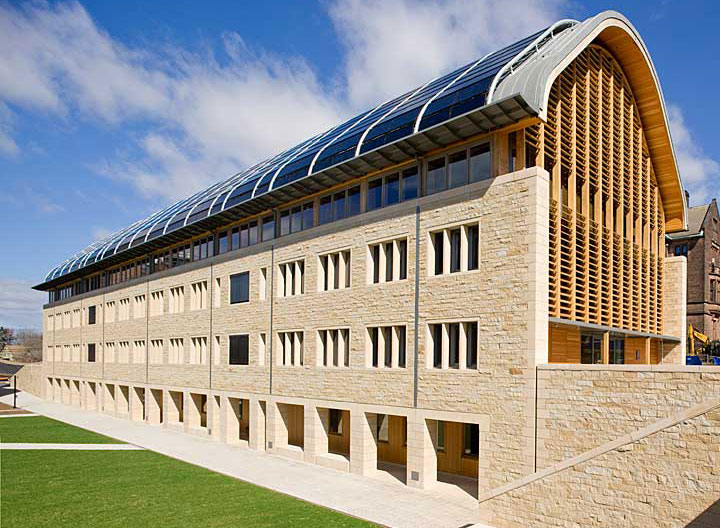 Kroon Hall, the administrative home of the Yale School of Foresry & Environmental Studies, which was one of the participants during the carbon charge pilot. Read more
During the pilot buildings responded in different ways. For example, the leaders of one building chose to conduct an LED lighting retrofit. They also invited energy management staff and students to review their energy consumption. When the students looked at the building’s energy load curve, they saw that it looked flatter than expected – there wasn’t a major dip at night while the building was unoccupied. So they looked deeper and found the air handling equipment was in the ‘fully occupied’ mode and had been that way for two years. That’s a great example of the carbon charge encouraging people to look closer at the data to find issues they weren’t aware of before.

I have heard from administrators looking to consolidate space use to save energy. We have people looking at reducing late night building open hours without impacting their populations. If you can shave off an hour or two from the building’s occupied setting without being an inconvenience to people, that can yield significant energy savings. People are looking at temperature settings. The Yale Medical School, for instance, adjusted temperatures by one degree [one degree cooler in the winter, warmer in the summer] and they saved a million dollars.  Most importantly, at least one school is working to incorporate the carbon charge into capital budgeting and other financial planning tools, to help ensure projects pencil out when taking into account the carbon charge.

There are a lot of potential motivating factors involved, ranging from price signals and potential cost savings to environmental considerations. Have you found that these affect outcomes differently in different parts of campus?


Pickett: I have noticed that some parts of campus are more attuned to the social factors than the cost factors. There are parts of campus that want to be leaders on this. It would be interesting to explore which situations and incentives are more motivating than others. To what extent do people react in the ways that classical economists assume they would react? And in what ways do they react in the way that behavioral economists would predict?


That’s another important opportunity here: This project isn’t just about changing the operations of the university’s facilities, it’s also an opportunity for research.


Pickett: So far students have done nine different research projects. And we’re gearing up for at least seven more this year. Professors Ken Gillingham, Dan Esty and post-doctoral fellow Stefano Carattini just published the first paper in Nature on the rise of internal carbon pricing, which used Yale as a case study. And there is a faculty lab interested in researching  communications efficacy and the impact on energy conservation in different buildings.

We have more than 250 buildings participating this year and will probably have more next year. So there are opportunities to do different kinds of experiments in those environments. The field of research for internal carbon pricing is just barely getting going. And the more universities do it, the more opportunity we’ll have. We’d love to work with other institutions to coordinate that research, share our data  enable the field to grow.


How applicable do you think this carbon charge model will be for other organizations?


Pickett: Well, it is still early, and we don’t yet have sufficient emissions data from the full campus roll-out to look at outcomes. But if your concern is political and administrative feasibility and sending an economic signal, from our experience it seems like this is an applicable model for any organization that has multiple business units or sub-entities that have their own budgets. As long as you’ve got energy consumption data of one kind or another that tracks to those entities. It doesn’t have to be buildings… If you have great data on centrally purchased travel expenses, for example, you could put a carbon charge on flights. If you’ve got great central purchasing data you could put a carbon charge on purchasing as long as you’ve got robust life cycle analysis that can help you estimate the emissions from each purchase.

Basically, if you have those two primary criteria — good data and different units that you can charge — then it should be applicable.