The Value of Nature: Changing the
Equation on Global Conservation

Early in his career, Michael Jenkins ’88 M.F. came to realize that traditional conservation methods would have limited effectiveness until they put a proper value on the natural world. Over the past two decades Jenkins, the CEO and founder of Forest Trends, has helped change the equation.
By Kevin Dennehy
About thirty years ago, Michael Jenkins ’88 M.F. walked into the office of a high-ranking environmental official in Papua New Guinea. And he had news that he expected would make the minister’s day.

At the time Jenkins worked for the MacArthur Foundation. And, as he informed the minister that day, the foundation was prepared to spend $5 million over three years to support efforts to protect the island’s wildly diverse, yet very vulnerable, ecosystems. The funding would support training for local leaders, capacity building for local nonprofits, and help strengthen areas designated for protection. To his astonishment, upon hearing the news the minister simply nodded casually. 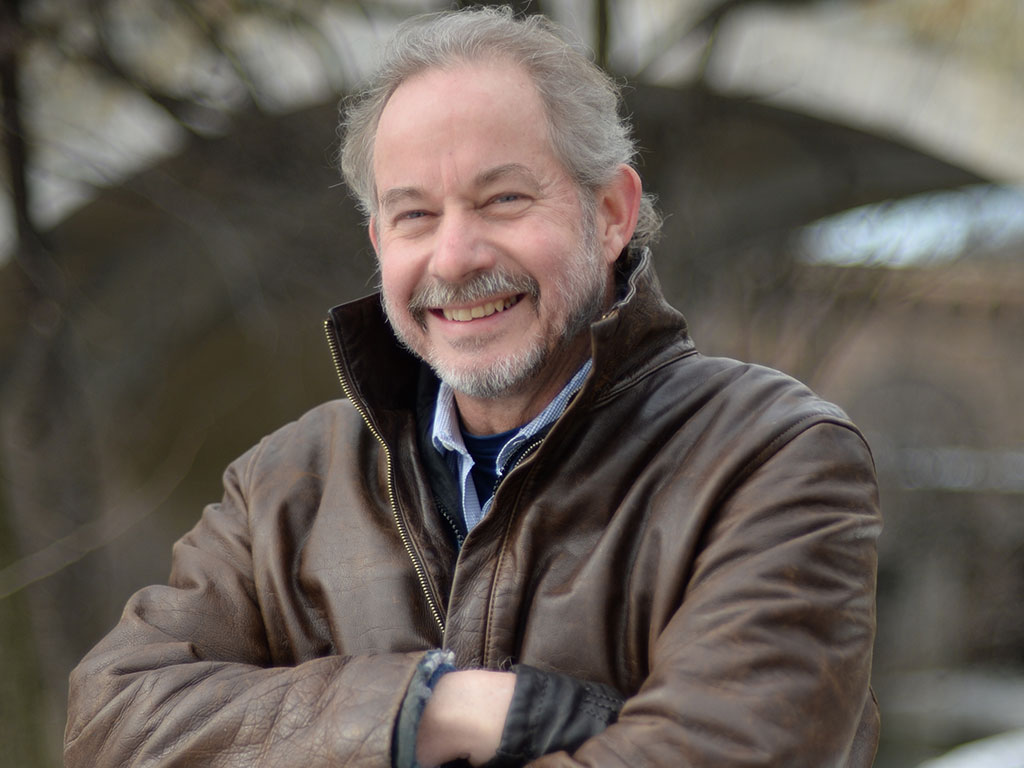 Founding President and CEO of Forest Trends
Then, as Jenkins left the room, he saw two individuals, whom he believes were Malaysian, carry two large briefcases in their hands and enter the same office.

“I don’t know what was in those briefcases,” he remembered recently. “But I immediately came to this realization; illegal logging was an incredible challenge in those days in Papua New Guinea but was also incredibly lucrative. I remember thinking to myself, ‘Well, that’s it. If we can’t offer a counter offer to the illegal value of that timber, we’ve lost.’ The forces arrayed against us were too great to think about conservation and sustainability.”

“It was clear that we didn’t have the financial equation right,” Jenkins recalled. “And until we got these values right, we were going to lose the whole game. A hundred years from now we’d only have some parks and zoos that would just be dots on the map. Because they’d be all we’d have left of the natural world because we never valued it correctly.”

In the years that followed Jenkins helped develop a new approach to conservation that recognized the proper value of these natural systems and put a price on it. It had become clear, after all, that forests provided vital services, such as sequestering carbon and preventing erosion and flooding. Why not build a market around these benefits, or, as they were becoming known, ecosystem services?

While Jenkins was still with the MacArthur Foundation, the organization helped fund the new Forest Stewardship Council, the first such signal of ecosystem service values by creating a market for sustainable timber that comes from sustainably managed forests. Then, in 1998, Jenkins founded Forest Trends, an international nonprofit that continued to nurture these emerging principles, working with a range of players to protect vital ecosystems across the world through finance, markets, supply chains, and other incentive mechanisms.

This week at Yale, Jenkins, President and CEO of Forest Trends, will receive a Distinguished Alumni Award from the Yale School of Forestry & Environmental Studies.

Before coming to Yale, Michael Jenkins had already seen up close the impacts of environmental degradation, particularly on the poor. As a young Peace Corps volunteer in Paraguay, he watched small farmers struggle to find value from the land despite government programs for agricultural production. While there were national initiatives to support cotton and tobacco production, those same initiatives weren’t helpful for these small-scale producers who, aside from dealing with the impacts of pesticide over use, received meager returns from growing these commodity crops.

A few years later, he was invited to start a new Peace Corps program in Haiti, which he describes as “the global poster child of deforestation.” There, he met farmers who were essentially trying to grow crops on rock because all the soil was gone. Because it was a place where traditional developmental approaches simply weren’t working there was opportunity and this was a place where innovative new solutions were necessary.

In Paraguay, Jenkins spent a lot of time exploring agroforestry approaches and the benefits of growing a mix of products. He came to appreciate the importance of understanding systems, of better integrating the cycles of annual and perennial crops, and overlaying these lessons onto the day-to-day challenges faced by farmers who simply had to make a living.
“We had this complex thing called the forest that we just didn’t understand how to value, so we valued it incorrectly or not at all.”
— Michael Jenkins
To better understand these challenges from a global perspective he decided, in 1986, to enroll at the Yale School of Forestry & Environmental Studies. It was, he recalls, a “soft landing” (he flew out of northwestern Haiti on a Friday; a day later he was pulling into New Haven in his VW bug.) And while the notion of agroforestry was relatively new, even at Yale, he had the flexibility to design his own program and began to strengthen his abilities to grapple with ecological challenges from a systems perspective.

At Yale, Jenkins was influenced by Herb Bormann, the esteemed F&ES professor who’d established the Hubbard Brook Ecosystem Study, where watersheds are used to study ecosystems. Bormann’s work was an example of the integrative kind of thinking about landscapes that excited Jenkins.

“His work was a little different because it was really about measuring the system,” he remembers. “And what I was focused on was how does that system integrate with a human system that overlays it — the farmers who need to make a living — rather than just what’s happening in nature.

“But it really pushed my thinking along this trajectory of trying to understand increasingly complex systems that need to be integrated together.”

The experience, he recalls, also moved him in the direction of what Forest Trends would be all about.

During his decade with the MacArthur Foundation, in which he worked on projects in some of the most biodiverse and beautiful parts of the world, it became increasingly clear that the traditional conservation models of protection would not be sufficient.

Again and again, he would encounter regions that had stunning biodiversity, as well as an amazing cultural diversity, yet that also happened to be some of the poorest places in the world.

How could it be, he wondered, that there are tropical forest regions with some 460 different species of tree, incredible flora, fauna soil diversity, valuable habitat, and enormous carbon sequestration capacity — and yet all of that had less value than a monoculture acre of soy beans?

If the world was going to save these places, he realized, it had to confront the challenge as a bottom-line issue. 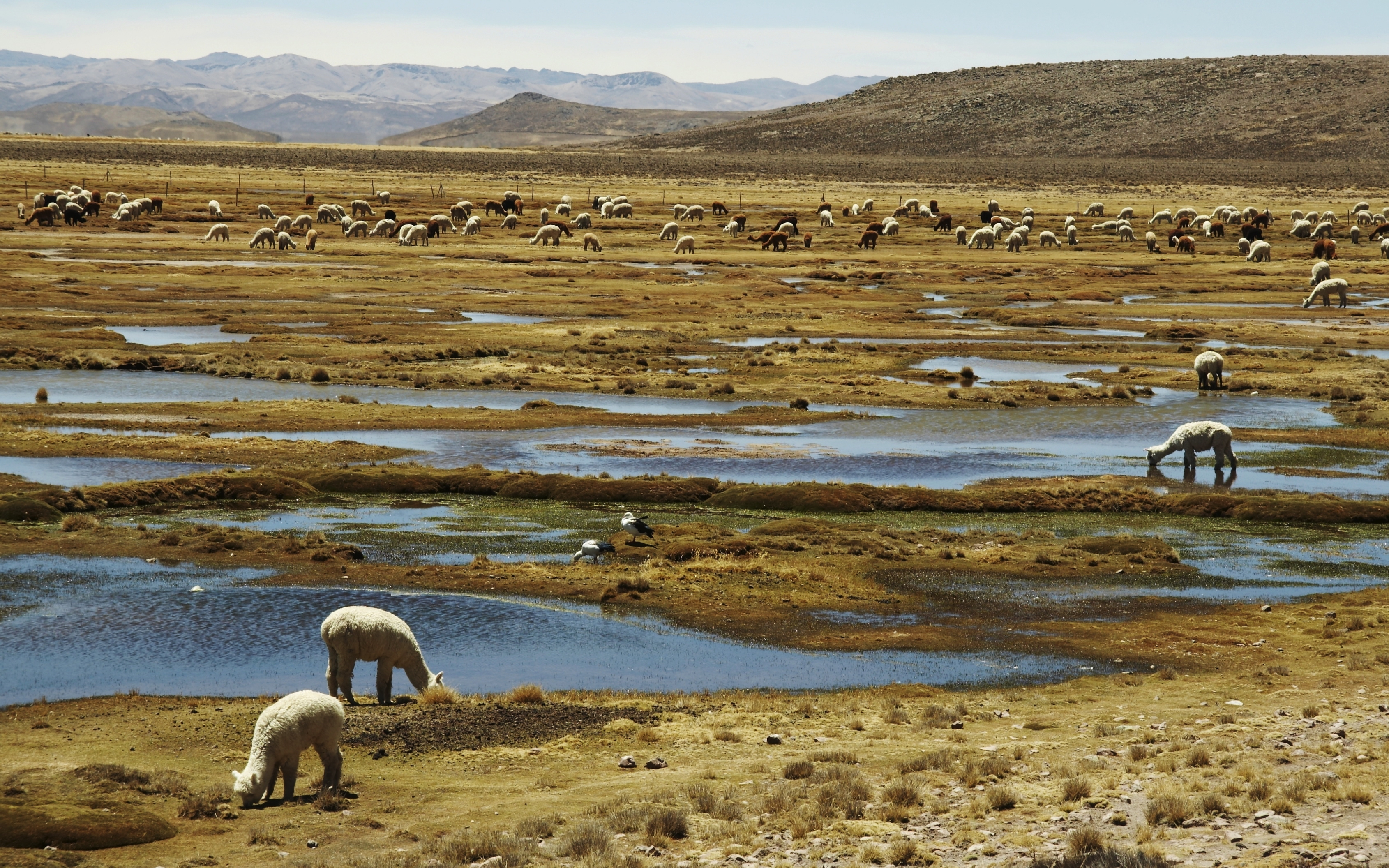 Galyna Andrushko via Shutterstock
“We needed to make that acre of tropical forest, that supermarket of goods and services, more valuable than an acre of soy beans or cattle, or any number of other things around which sectors had grown,” he said. “Everybody understood how to invest in soy and the potential returns. But we had this complex thing called the forest that we just didn’t understand how to value, so we valued it incorrectly or not at all. And we cut it down and replaced it with things like… an acre of soybeans.”

At Forest Trends he has tried to change the equation. During the past two decades they’ve tried to identify mechanisms that can convert those ecosystem services into real value and benefits to the indigenous and local communities like a paycheck for farmers who are delivering these services and to ascribe new value on those ecosystem assets that always been “free,” like air and water, in order to protect them.

Working with a range of players — indigenous communities, conservation groups, forest product companies, researchers, bankers, and investors — they have helped develop markets, payments, and incentives around these resources. On the one hand, it has required convincing people to understand that there is an increased scarcity of these resources that are so critical to life. (As freshwater resources dwindle they suddenly become more valuable.) And then it requires developing mechanisms that account for that reality and building out value chains and finally building the demand side coercing those entities that benefit from these resources to change their behavior (such as, say, a bottler that relies on that water or the investors who invest in their bottling  plants.)

In Peru, for instance, Forest Trends has worked with the Ministry of the Environment and other partners to enact laws that recognize the value of ecosystem services and promote public investment in those services. They’ve also worked with the country’s water regulatory institutions, helping them to achieve a tariff that has accrued $125 million in funds that is earmarked for “natural infrastructure.”

“Peru, like other countries, has a huge water challenge — periods of droughts, periods of flooding, El Niños, la Niñas with a huge cost to the country” Jenkins says. “What we’re trying to show is that Mother Nature has given us a set of tools that should be part of the solution.

“You don’t always have to build a dam, or a pipeline over the Andes, or a desalinization plant. You can reinvest in things like forests, wetlands, lagoons, and all these other things that have been out there and have been nature’s way of doing it for millennia.”