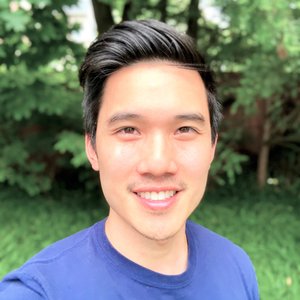 Neil Yeoh '20 M.E.M.
Neil Yeoh ’20 M.E.M. has been named one of the 2019 recipients of the Straubel Leadership Award, which recognizes achievement and leadership potential in young scholars in sustainability and the sciences.

Yeoh, one of eight students enrolled in the one-year Mid-Career Masters program at F&ES, was recognized for his work as an environmental entrepreneur and consultant. He most recently worked as deputy director at the nonprofit Echoing Green, leading its Startup Support & Climate Portfolio team that has helped fledging businesses raise roughly $20 million in an effort to tackle climate change.

“We need more innovative investment structures to bring next generation solutions from the lab to the market. I’d like to help make this happen,” said Yeoh, who was one of 11 recipients of the award, including climate activist Greta Thunberg.

Prior to F&ES, Yeoh studied at the University of Adelaide and Oxford University. He founded the Climate Braintrust, an initiative of the World Economic Forum that connects advisers to entrepreneurs in New York and San Francisco. Yeoh is also a regular contributor to Forbes, where he promotes entrepreneurs focused on climate change and sustainability.

The Straubel Foundation was founded in 2015 by Tesla co-founder and chief technical officer JB Straubel and his wife, Boryana, with a focus on supporting leadership and learning in global sustainability, science, education, and human potential.