There are still forests in New York City, and we’re not talking about Central Park. A surprising new study led by Yale researchers reveals that the forests of America’s largest city are largely native, healthy, and productive. 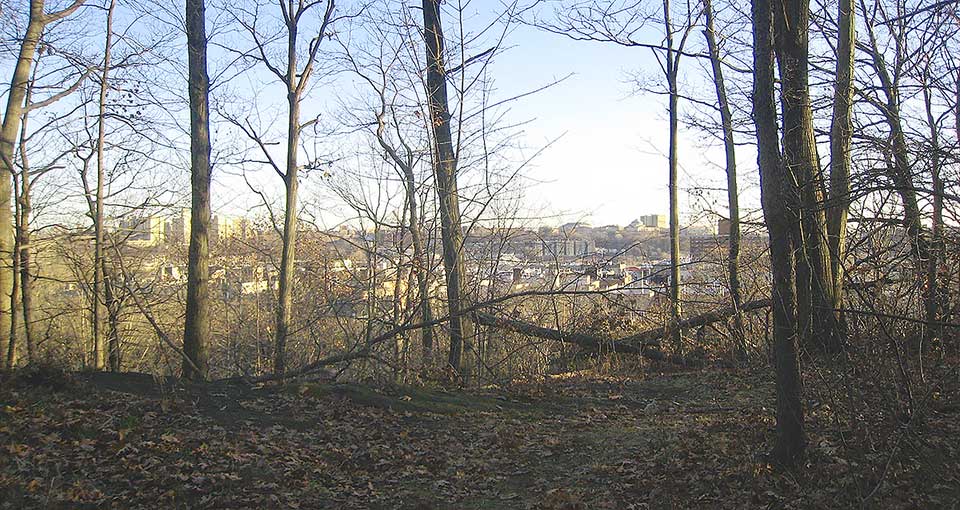 Susan Natoli via Shutterstock
In recent years, most efforts to expand New York City’s tree canopy — and thus strengthen the urban environment — have focused on planting new street trees or replacing non-native species with native trees in the city’s remaining forests. Yet citywide assessments have found that non-native trees have come to co-dominate the city landscape, calling into question these management strategies and the very value of urban forests.

Those assessments might have been looking in the wrong place, according to a new study by Yale scientists and the Natural Areas Conservancy.

In a comprehensive inventory of the city’s expansive yet overlooked “forested natural areas,” the team of researchers found that native species still comprise about 82 percent of New York City’s forest stands. And it is in these natural areas where the majority of the city’s trees are located: more than 5 million in these landscapes compared with about 666,000 street trees.
“You can create and design spaces that promote biodiversity or increase tree canopy by planting a lot of different trees. But it’s not the same as having these natural spaces.”
— Clara Pregitzer, doctoral candidate and lead author

Forested natural areas are essentially places that look and feel like “the woods” or “forests” as they are more traditionally known, as opposed to urban forest areas typified by street trees and park trees in addition to natural areas. Natural areas exist in stands, or groups of stands, often growing together in patches across the landscape.

Of the 57 unique forest types in the city, the researchers found 81 percent are native forest types that bear a closer resemblance to forests you might find in the Catskills or other rural parts of the state than the urban canopy described in those other recent assessments.

These findings confirm that native, healthy, and productive forests still exist in the nation’s largest city, providing valuable ecosystem services and local recreational opportunities for millions of city-dwellers, said Clara Pregitzer, a doctoral candidate at the Yale School of Forestry & Environmental Studies (F&ES) and lead author of the paper published in the journal Ecological Applications.

They also suggest the urgency of conservation policies and management strategies that focus on these natural spaces beyond just planting individual trees.

“You can create and design spaces that increase biodiversity or tree canopy by planting a lot of different trees,” Pregitzer said. “But it’s not the same as having these natural spaces. And if you don’t have information on them, if you don’t collect the data, then you can’t properly value or care for them.”

“New York City has been managing these forests for more than 35 years but we’ve never fully known the different types, or quantified the structure and proportion of native species,” she added. “Until you do that you can be distracted by counter narratives or conceptions that urban forests are degraded or designed.” 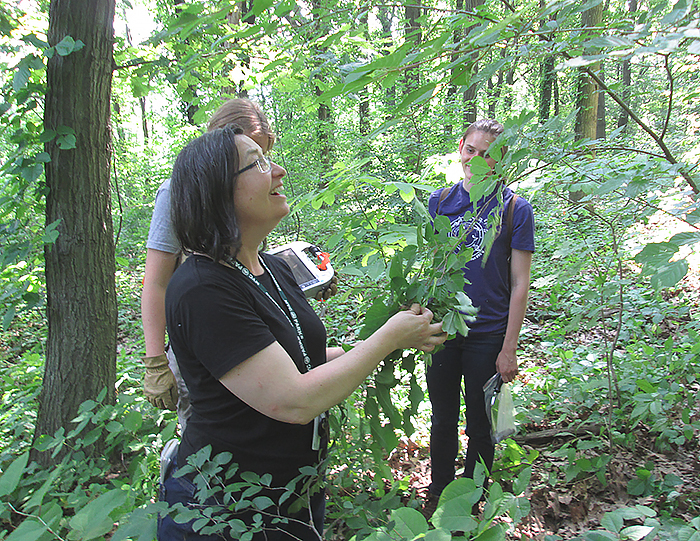 Photo courtesy of Clara Pregitzer
During the two-year inventory field biologists collected data from all of New York City’s parks and natural areas.

“What we’ve found is that there is a huge opportunity for conservation in urban forests. And now that we know what we have we can begin to manage them with a new perspective.”

The paper was co-authored by Mark Bradford, a professor of soils and ecosystem ecology at Yale F&ES, and researchers from the New York-based Natural Areas Conservancy, the U.S. Forest Service, and the New York City Department of Parks and Recreation.

Natural areas provide a wide range of benefits, offering recreation opportunities, strengthening biodiversity, and delivering key ecosystem services such as stormwater mitigation, improved air quality, and reduction of the so-called “heat island effect,” a phenomenon in which urban areas are significantly warmer than the surrounding regions.

While 40 percent of New York City is considered “green space,” much of that includes parks, cemeteries, and back yards. About an eighth of this green space is considered forested natural areas. That accounts for over 10,000 acres of natural lands, a significant proportion for a densely populated city otherwise dominated by human-made structures and crisscrossed by a dizzying network of roadways, bridges, and railroad tracks.

For their study, the research team spent two years collecting data from designated forested natural areas, located across 53 parks, measuring forest structure and composition in more than 1,200 plots, where they measured more than 40,000 individual trees.

As they note, the city contains a variety of forests, due to the rich geologic history and proximity to water bodies — from the oak- and hickory-dominated forests along the terminal moraine that stretches from the southern end of Staten Island to the Bronx, to the maritime coastal forests, located at the confluence of the Hudson River and the Atlantic, where shrubby northern bayberries, black cherry, and sumac dominate.

“We’ve been measuring urban forests for more than two decades and up until our work thought they were co-dominated by invasive trees. They’re not; land managers knew this but we were frustrating their efforts by painting a different picture.”
— Mark Bradford, professor of soils and ecosystem ecology

Although they found that 82 percent of the average forest stand in these natural areas contained native species, that proportion fell to 75 percent and 53 percent in the mid-story and understory, respectively, suggesting that this dominance of native species could decline in coming decades without investing more in an active forest-management program.

According to the authors, previous research on New York City’s tree canopy has paid outsized attention to its carefully manicured parks and street trees because they are more evenly distributed across the landscape, a decision which has undervalued the diversity and benefits provided by the thousands of acres of natural forests.

"For me, the work points to the fallacy of one of the most famous quotes in science: ‘To measure is to know,’” said Bradford. “It gives you the idea that if you have data you have the right knowledge to act on. But we've been measuring urban forests for more than two decades and up until our work thought they were co-dominated by invasive trees. They're not; land managers knew this but we were frustrating their efforts by painting a different picture. I’d like to see the quote updated: ‘To measure correctly is to know.’”

“When we know correctly, by instead measuring urban forests at the scale at which they are managed, we show an entirely different picture of native canopies with the need to manage for emerging threats below and not in the canopy."

While New York City has actively managed its forests for decades, this new information provides a benchmark for communicating the value and resources needed for long-term protection and care of these natural areas, Pregitzer said.

“Otherwise, it can be difficult to convey if you haven’t visited all of them, or if the goals of the administration or communities change,” she said. “In Staten Island, for instance, some forested natural areas have been turned into ball fields and parking lots because the community decided that’s what it wanted. I’m not saying that’s wrong, but once you do it it’s done forever.”

“Having this information you can begin to say, ‘OK, if we do want to build a ball field, where should we do it? This other piece of property might be better and let us protect some of our original forest.’”