Urban areas are warmer than the adjacent undeveloped land, a phenomenon known as the urban heat island effect. A new interactive map developed by Yale researchers gives us the most detailed look yet at these “urban heat islands” across the world. 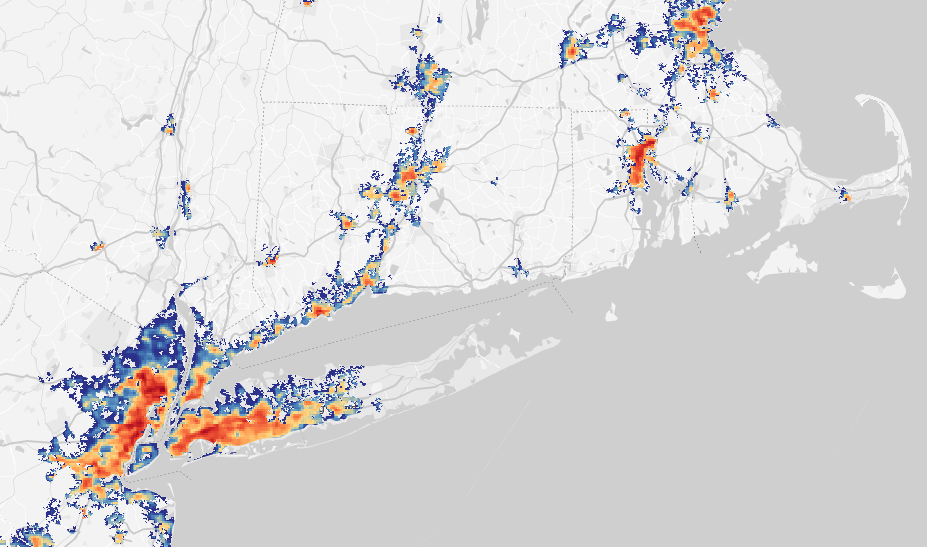 Courtesy of TC Chakraborty
The concept of an urban heat island (UHI), a phenomenon in which urban areas are significantly warmer than the surrounding rural areas, is not new. The methodology for estimating UHIs, however, is constantly changing, creating a wide array of differing data points.

Now, thanks to TC Chakraborty, global UHI estimates based on a consistent methodology are available for public consumption — in a way that’s more detailed and easier to understand than ever before.

Chakraborty, a third-year Ph.D. student at the Yale School of Forestry & Environmental Studies (F&ES), recently completed his development of the simplified urban-extent (SUE) algorithm, which can estimate the surface UHI intensity at a global scale. The dataset created was first validated against the results of previous studies to demonstrate the suitability of the method and then used to investigate the diurnal, seasonal, and temporal trends of the UHI.

“I believe this is most comprehensive urban heat island database available,” said Chakraborty, who co-authored a paper published in the International Journal of Applied Earth Observation and Geoinformation on the algorithm with Xuhui Lee, the Sara Shallenberger Brown Professor of Meteorology.

What sets the map apart from other similar studies, Chakraborty said, is the scope and methodological consistency. Typically, urban heat islands are determined by taking the temperature of a major city at its geographic center and comparing it to the temperature of a buffer area around the city. Chakraborty’s map, the Global Surface UHI Explorer, takes into account “urban agglomerations instead of administrative definitions of cities” across the world, he said, and thus removes the need for buffers.

The algorithm is currently plugged into the Google Earth platform and can be used to visualize the seasonal and temporal trends of the UHI for almost any urban area on Earth.

“Most studies focus on single cities, or just major cities,” said Chakraborty, “and that leads to biased estimates of the global urban heat island intensity.” This map, he said, does not discriminate based on the size of the city and includes surface UHI intensity estimates of over 10,000 urban clusters from across the globe.

Chakraborty, who spent roughly two years developing the algorithm, believes the map will be a valuable tool as a public database for researchers, as well as city planners and policymakers who are looking for ways to lower the temperature of their cities in the face of global warming. Another update to the map, which will incorporate more current and higher resolution satellite images, is currently in development.
The original paper: