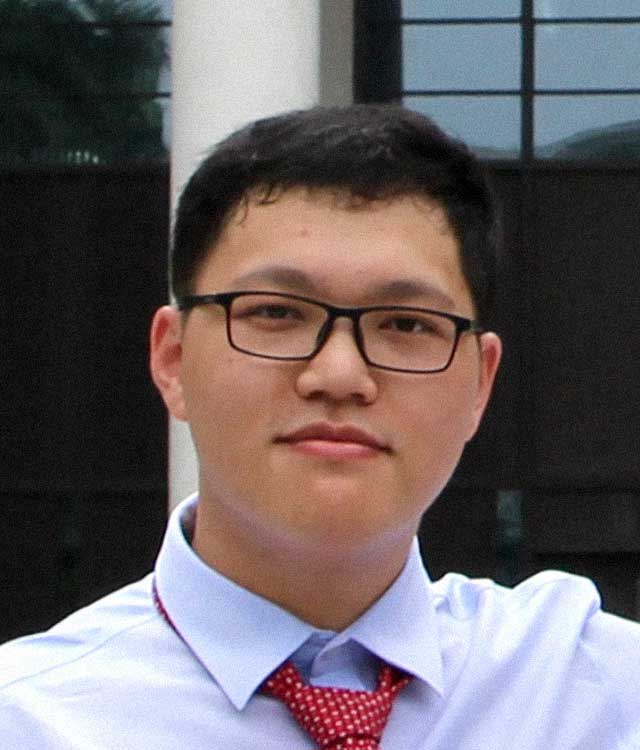 This summer when a severe storm blew through the region, knocking down trees, flooding streets and shutting down power for several days in New Haven, Mochen Liao, a first-year doctoral student at the Yale School for the Environment, still arrived first to class — from his car.

He had found a spot where he could connect to WiFi so he could join his English Language Program (ELP) class recalls Elka Kristonagy, senior lector at the Center for Language Study at Yale University.

“He had taken the storm in stride and thought it was the most natural thing in the world to attend class no matter the circumstances,’’ she said. “He didn’t just do a task; he really took the ball and ran with it.”

The Yale community is mourning the loss of Liao who died March 5. Liao, who was working with Yuan Yao, assistant professor of Industrial Ecology and Sustainable Systems at YSE, was focusing his studies on understanding and improving the sustainability implications of industrial processes. He had a specific interesting in artificial intelligence and was studying the potential uses and performance of biochar, a carbon-rich solid produced in the conversion of organic biomass, in combatting climate change.

Liao, 24, was born in Loudi, China. He attended South China University of Technology where he majored in applied chemistry and earned his master’s degree in forest biomaterials at North Carolina State University (NCSU) before coming to YSE.

“Mochen’s scholarship, his contribution to advances in industrial ecology are an enduring legacy,’’ said YSE Dean Indy Burke. “As we mourn his loss, let’s honor his commitment to others by being there for each other and continuing his efforts to better the environment through science.”
“He didn’t just do a task; he really took the ball and ran with it.”
— Elka Kristonagy
At a virtual vigil Thursday night, Mochen’s parents, faculty, and fellow students from both Yale and NCSU shared stories that highlighted Liao’s commitment to scientific research, his kindness, and his willingness to help others.

Yao, who advised Liao in his studies at NCSU when she was an assistant professor of sustainability science and engineering there, described him as talented, bright, and enthusiastic.

“I never had a doubt Mochen would be an outstanding scholar,’’ said Yao, who learned after meeting him that the two had attended the same high school in China.

Yao published three papers with Liao, two of them were co-authored with Stephen S. Kelley, a professor at NCSU’s College of Natural Resources. Liao and Yao also just had a paper published, a study on the applications of artificial intelligence in bioenergy systems. 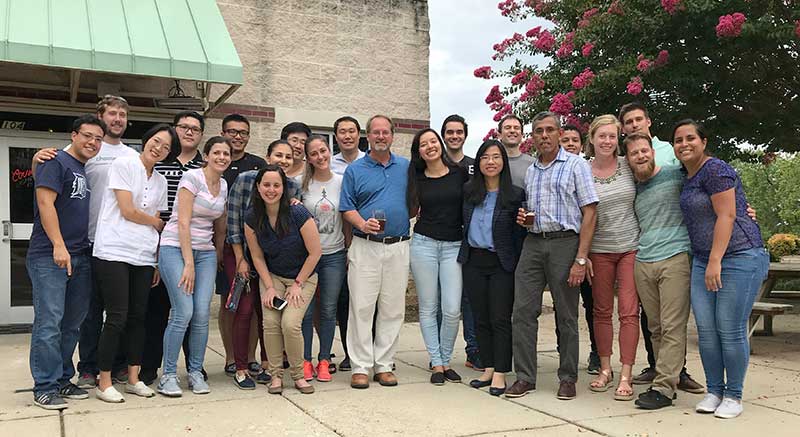 Mochen Liao (4th from left) in Juy 2018 with faculty, including current YSE assistant professor Yuan Yao (15th from left), and fellow students from North Carolina State University.
She said Liao’s published work in international journals will allow him to always be remembered and recognized for his scholarship.

“Those are his contributions to this world that should be honored and remembered,” Yao said.

Kelley, who co-chaired Liao’s master’s thesis committee, described him as a smart and creative student who conducted groundbreaking research that taught him a number of things about data analysis.

Prior to coming to Yale, Liao was a research intern for ExLattice, a Raleigh-based company that is developing intelligent engineering software for additive manufacturing. Aditi Bhatkhande, a first-year master’s student at YSE, worked with Liao on a project focused on additive manufacturing for their industrial ecology class. The project required many late night and early-morning Zoom calls with teammates in China and Indonesia.
Share Your Memories and Photos
Related Articles

Other Resources
“Mochen was always more than willing to have meetings and would bring his best self, regardless of how tired we all were,’’ she said in an interview.

She said he was also very generous in giving his teammates space to share ideas.

“He let us use the project as an opportunity to learn and grow,’’ Bhatkhande said. “He was a great support.”

Ines Ayostina, a teammate in the industrial ecology class who was attending it online from Indonesia, said in a Yale tribute wall message that Liao was bright but humble.

“He was a warm person and always willing to really listen to others’ thoughts and views,’’ she wrote. “Mochen was one of the people who made me feel supported.”

Qinrui Xiahou, a second-year master’s student at YSE and Liao’s former roommate, recalled his playful side at the vigil, specifically the ping pong table he purchased and invited friends to share. While he was quiet, she said, he was down-to-earth, hard-working and would reach out to friends who were struggling or in need of help.