Kulleseid co-founded OSI, an initiative that supports New York parks by integrating private funding into improvement projects and enhancing the visitor experience of New York’s parks and protected areas. He helped secure roughly $30 million over the past seven years to support private and public projects. 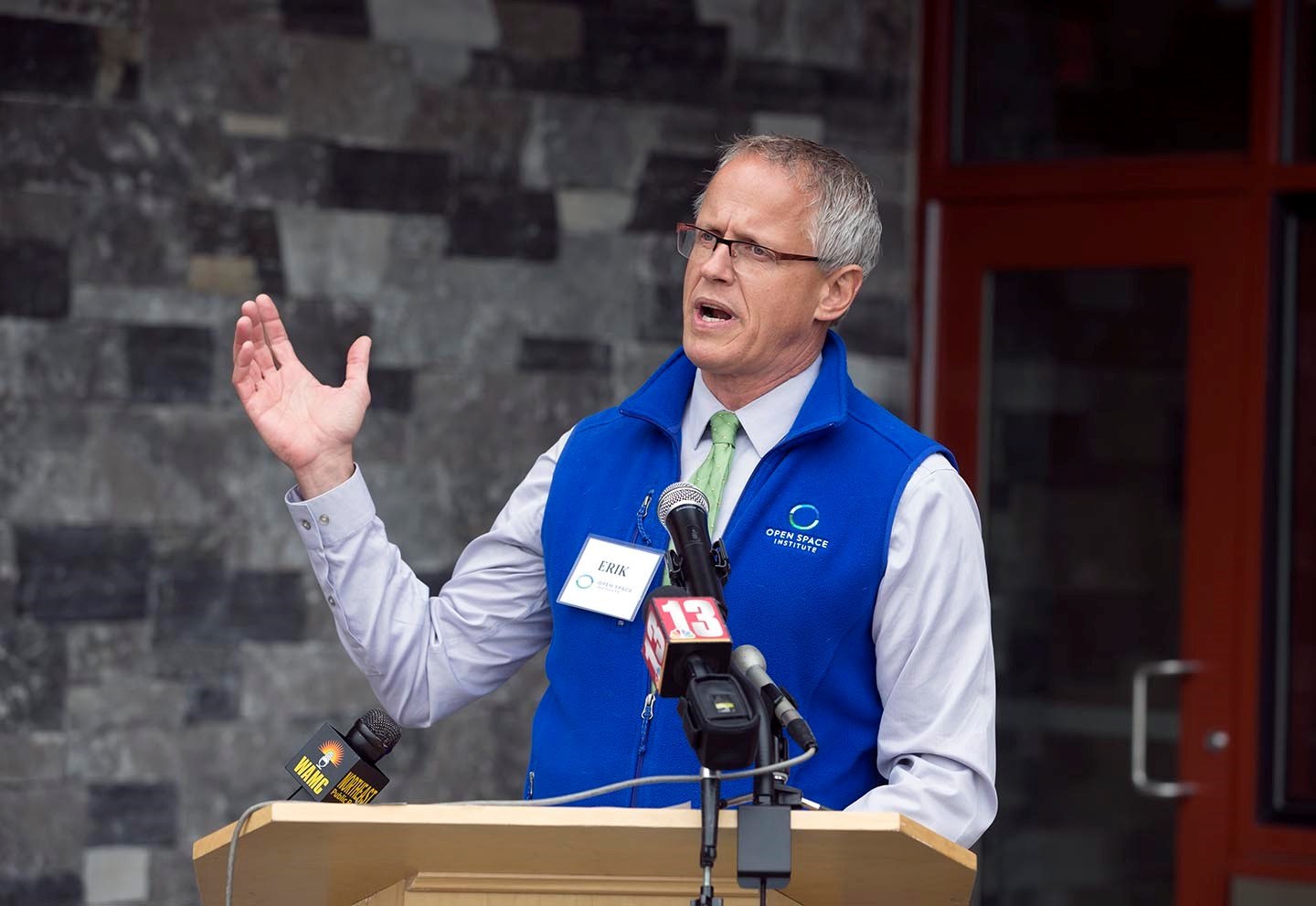 Mike Groll/Open Space Institute
Erik Kulleseid ’94 M.F., the next Commissioner of the New York State’s Office of Parks, Recreation and Historic Preservation
“I am honored to have been invited by [New York] Governor [Andrew] Cuomo to take the helm at the Office of Parks, to help him continue and expand his extraordinary park legacy,” Kulleseid said in a statement.

This appointment marks a return to the Office of Parks for Kulleseid, who served as deputy commissioner of the Office’s Open Space Protection division from 2007-2010. From his graduation from F&ES in 1994 to 2007, he was the New York State Program Director for the Trust for Public Land.

Kulleseid will oversee the completion of Gov. Cuomo’s 10-year, $900 million plan to restore New York’s state parks and historic sites by 2020 — a task that begun under Harvey’s leadership. Robin Dropkin, executive director of Parks & Trails New Yorks, credits Harvey with guiding the New York parks system through “a renaissance unlike any other we’ve seen in recent times,”including the largest capital increase in state parks in generations, a 23 percent increase in park visitation, and the launch of the 750-mile Empire State Trail, which will be the longest of its kind in the country.

“I feel that from a work perspective, we’re on the way and we’ve breathed into the system a plan and there is much more to do on that plan,” Harvey told Newsday. “I think we have a roadmap for connecting the land and the people.”

Like Kulleseid, prior to becoming commissioner, Harvey had a lengthy tenure at the Trust for Public Land, rising from a community organizer to a 17-year stint as regional director of the Mid-Atlantic Region. She has served as a senior fellow at the Jonathan Rose Companies and, in 2010, was a Dorothy S. McCluskey Visiting Fellow in Conservation at F&ES.

While Harvey says she is not yet sure what she will do next, she told Newsday that she has no plans to retire. “But I may want to get a little closer to the deals, actual hands-on involvement — but I don’t know,” she said. “I haven’t figured out what I will do because I’ve got much here to finish.”
– Josh Anusewicz    joshua.anusewicz@yale.edu    203 436-8994