The F&ES community has awarded the 2018 Kroon Cup to Roots, a student interest group dedicated to the advancement and resilience of students of the African Diaspora. 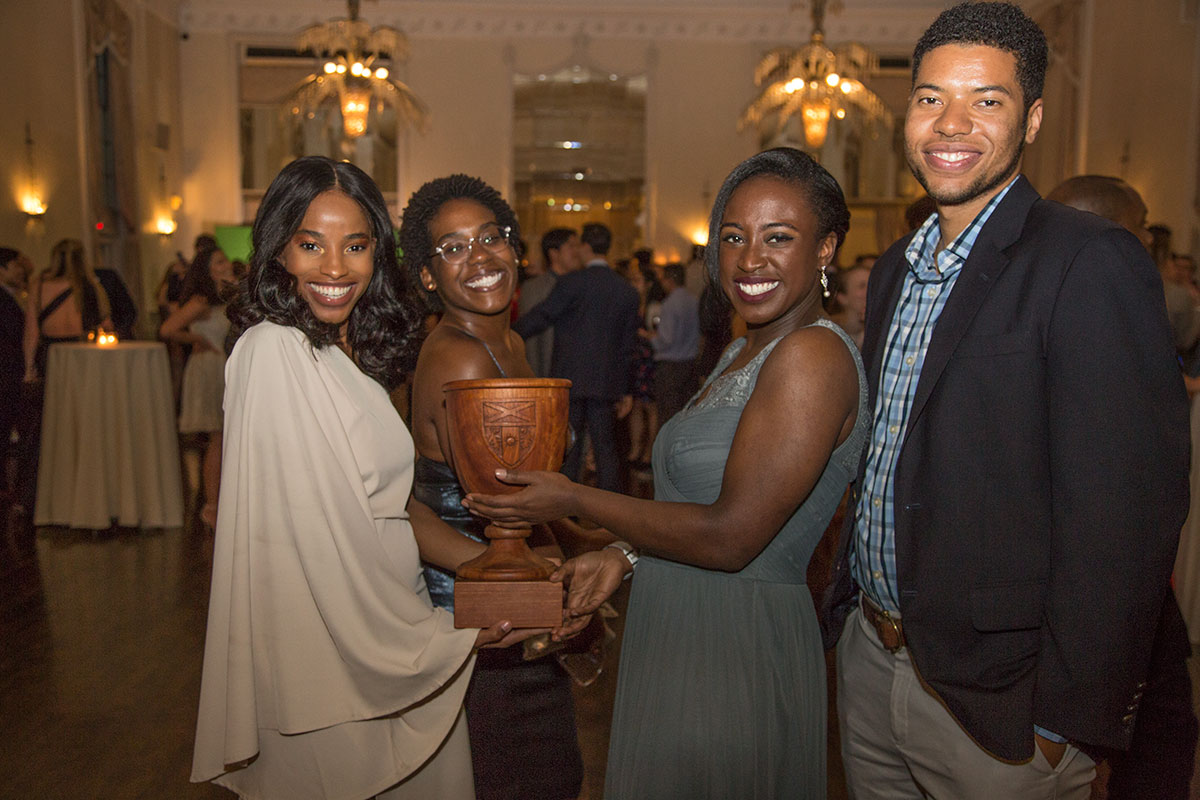 Photo by James Souder
Jolisa Brooks ’18 M.E.Sc., Britt Thomas ’18 M.E.M., Genora Givens ’18 M.E.M., and Jason Warrington ’18 M.E.M. are presented with the Kroon Cup during the annual End-of-the-Year Party at the New Haven Lawn Club.
Founded in 2016, Roots at F&ES has worked to foster a safe space for all students with an emphasis on community building, programming, fellowship, professional development, recruitment, retention, and mentoring of Black students. The group has also worked to increase the diversity of F&ES.

Since its founding, Roots has established a mentorship program for Yale undergraduates and, over the past year, has worked to establish a community garden at the Afro-American Cultural Center at Yale.

This year, the group also hosted 17 events for F&ES and the greater Yale community, including the “Workshop on Social Responsibility in Environmental Work,” “Rooted at Yale: Workshop on Reproductive Justice,” and “An American Ascent: The First African American Team to Summit Mt. Denali — A Talk with Erica Wynn.”

“Although they might be the youngest organizations at FES they've had a huge impact on the school, community, and greater Yale,” one of their nominators wrote. “They bring together so many people from across campus and backgrounds.”

Awarded each spring, the Kroon Cup recognizes individuals and groups that embody stewardship and implement projects that engage and inspire the larger F&ES community. The winner is selected by a vote by the school’s students, staff, and faculty.

The award was presented during the School’s End-of-the-Year Party at the New Haven Lawn Club on April 26.