Seto Elected to the Prestigious
National Academy of Sciences

The National Academy of Sciences (NAS), considered the most prestigious scientific society in the U.S., today elected Yale Prof. Karen C. Seto as a member in recognition of her distinguished and continuing achievements in original research. 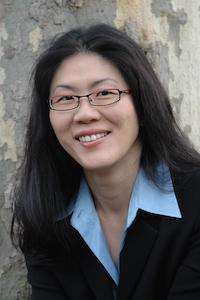 Karen Seto
Seto, a professor of geography and urbanization science and Associate Dean for Research at the Yale School of Forestry & Environmental Studies (F&ES), is one of 84 new members. NAS also elected 21 foreign associates.

“Election to the NAS is the single greatest honor a scholar can achieve, and in Karen’s case it is certainly well deserved,” said F&ES Dean Indy Burke. “We’re so proud to have her as part of the F&ES community.”

A geographer by training, Seto studies the human transformation of land and the links between urbanization, global change, and sustainability. Using remote sensing, field interviews, and modeling methods, she studies urbanization and land change, forecast urban growth, and examines the environmental consequences of urban expansion. She is also Director of the F&ES Doctoral Studies program.

Last month, Seto also received the inaugural Research Excellence Award in Human Dimensions of Global Change from the American Association of Geographers. She also recently received the Ecological Society of America’s 2017 Sustainability Science Award for a paper she co-authored in the journal Science.

They will be formally inducted as members at next year’s NAS annual meeting.

“We are thrilled that the achievements of this superb group of Yale faculty have received this singular national recognition,” said Steven Girvin, deputy provost for research. “The broad range of their pursuits represents some of the marvelous diversity of the many research directions being advanced at Yale.”