A Yale-led analysis of health claims in 22 U.S. states found that severe drought conditions increased the risk of mortality — and, in some cases, cardiovascular disease — among adults 65 or over. 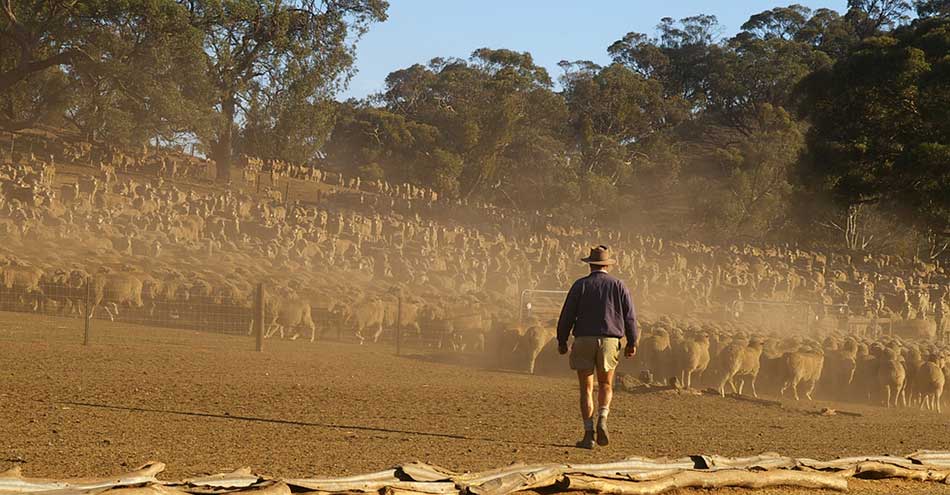 Michelle Bell, the Mary E. Pinchot Professor of Environmental Health at F&ES and senior author of the study, said, “These findings are critically important given that climate change is anticipated to increase the frequency and severity of droughts.”

For the study, the researchers examined U.S. Drought Monitor data compiled across 22 western states from 2000 to 2013. They identified periods of periods of “non-drought,” “full drought,” and periods when droughts were “worsening.” In the case of periods when droughts were worsening, they further broke down the drought days into “low severity” and “high severity.” They then used Medicare claims made between Jan. 1, 2000 and Dec. 31, 2013, to calculate daily rates of cardiovascular admissions, respiratory admissions, and deaths among individuals 65 and over.

From there, the researchers estimated the percentage change in health risks during drought compared to non-drought days (controlling for daily weather and seasonal trends).

According to their findings, respiratory admissions decreased by 1.99 percent during full drought periods. But when drought escalated to periods of “high severity worsening” conditions, the researchers found, mortality risk increased by 1.55 percent. In counties where droughts occurred less frequently, both mortality and cardiovascular disease risk increased during worsening drought conditions.
“These findings are critically important given that climate change is anticipated to increase the frequency and severity of droughts.”
— Michelle Bell, Mary E. Pinchot Professor of Environmental Health and senior author
This study does not address how drought specifically triggers these health outcomes. However, one possibility is that drought changes growing seasons or impacts the allergens that influence respiratory illnesses. Dry conditions also trigger more dust and particulate matter in the air. Then there are the mental health-related stressors associated with drought, including for farmers or ranchers whose livelihoods are affected by dry conditions.

While further research can examine these different factors, Berman said, the new findings provide an important basis. “Because this was an initial study, we wanted to capture as wide a picture as we could and not isolate ourselves to a tiny snapshot,” he said.

The good news, Berman says, is that droughts, unlike other extreme weather events, are slow moving. “Since health risks appear to increase with drought severity, you have time to enact clinical interventions to help avoid some of these adverse health outcomes,” he said. “Once we’re able to identify the mechanisms behind these effects, we can intervene before drought reaches that severe stage. Other environmental hazards, such as heat waves, occur without warning and we are not afforded this opportunity.”

“I am so delighted to have had the opportunity to collaborate with the Yale and the Hopkins teams to conduct such important study,” said co-author Francesca Dominici, Professor of Biostatistics and co-Director of the Harvard Data Science Initiative.

Other researchers included Keita Ebisu, a postdoctoral associate at F&ES and Roger Peng, a professor of biostatistics at Johns Hopkins Bloomberg School of Public.