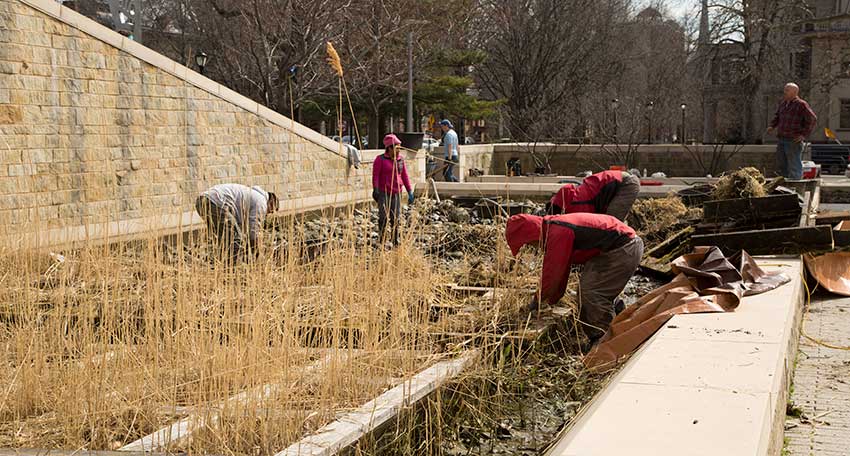 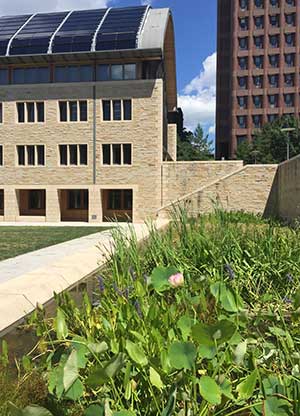 Photo courtesy of Sara Smiley Smith
Thriving Phragmites in Mars Pond in 2016.
But in recent years a common invasive has made itself at home in Mars Pond. Phragmites have overrun the system, threatening other plant species and disrupting the water filtration system.

Over the past two weeks, a team of technicians, from Dietters Water Gardens, has painstakingly removed the plants, ripping out a resilient network of roots that had become embedded beneath the stones at the bottom of the pond. They’ve also removed the planting rafts that had begun to deteriorate. This maintenance, School officials say, will assure the continued operation of the gray water system.

“The Phragmites removal created an opportunity for us to carefully consider the role of this gray water system in Kroon’s operations, and to brainstorm how best to provide stewardship of it moving forward,” said Sara Smiley Smith, chair of the F&ES Environmental Stewardship Committee (ESC), which is working with Yale Facilities to revitalize the pond.

Inside the pond now are a series of pots that will sit under the water line as the feature is refilled. These pots will hold a variety of local plant species, including irises, water lilies, and marigolds, and there will also be free-floating aquatic plants added to the system.

The project will be done in time for the May graduation ceremony, traditionally held on the southern courtyard. 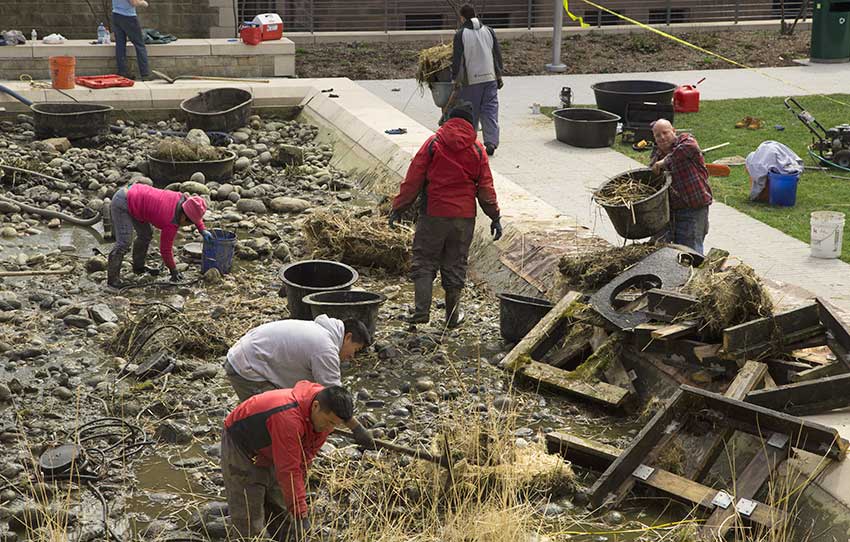