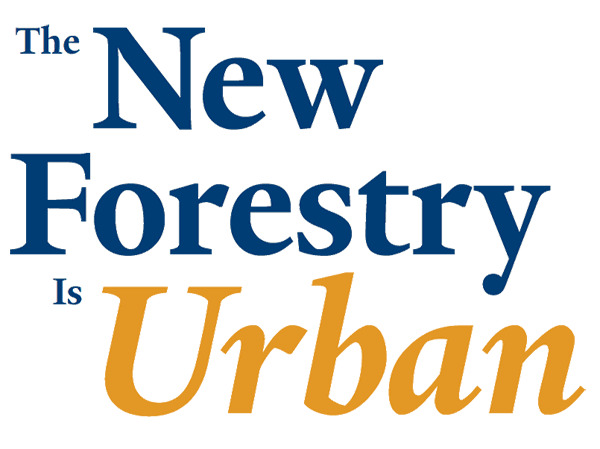 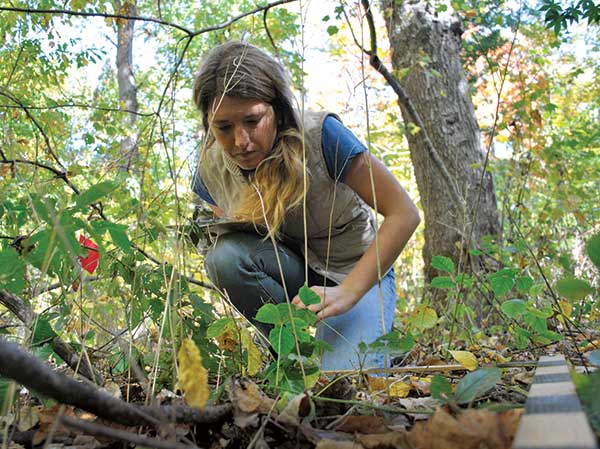 The New Forestry is Urban

The Natural Areas Conservancy, led by Sarah Charlop-Powers ’09 M.E.M., is helping to preserve and restore critical urban forests in New York City and beyond.
By Josh Anusewicz
Sarah Charlop-Powers ’09 M.E.M. remembers growing up in the Bronx, the child of a community organizer who helped establish Greening for Breathing, a group dedicated to tree equity in the borough’s Hunts Point neighborhood.

As she tells it, an impromptu study by the group found an urban landscape in Hunts Point akin to a war zone, in that it was almost completely devoid of any vegetation.
By 2010, Charlop-Powers was making her own mark on New York City’s ecology. She had recently graduated from the Yale School of Forestry & Environmental Studies (now called Yale School of the Environment) and was working in the Hudson Valley when she was given the opportunity to write the business plan for a nonprofit organization that would work as a partner to NYC Parks to advance the management of the city’s natural areas. Working closely with another School graduate, Bram Gunther ’91 M.E.M., she wrote the plan and secured the funds that led to the launch of the Natural Areas Conservancy (NAC) in June 2012.

Today the NAC is leveraging the decades of management expertise of the NYC Parks Natural Resources group, partnering with them to increase awareness and improve the management of New York City’s 20,000 acres of forests and wetlands.

“Most of the natural areas in New York City are on parkland in the outer boroughs. They have low visibility compared to NYC’s flagship parks,” says Charlop-Powers, now executive director of the NAC, whose leadership was recognized by YSE in 2018 with the Alumni Association Board’s Prospect Street Award. “The NAC is interested in not only increasing the visibility of the city’s natural areas but utilizing science and data to inform their management. By working on a citywide scale, the NAC has been able to use the kinds of rigorous evaluation and best practices found in rural land management and strategically apply them to conservation across the city.” 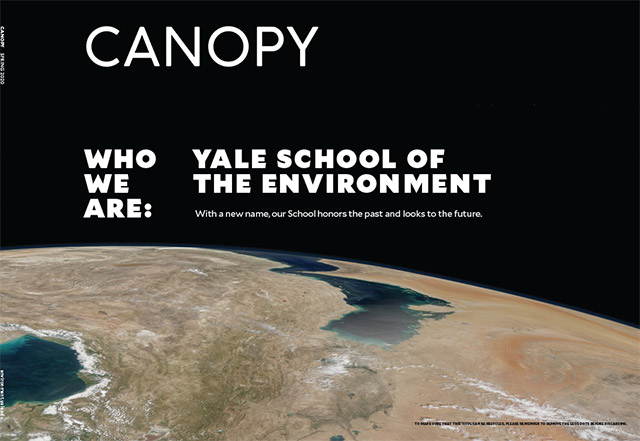 This article was originally published in the Spring 2020 issue of Canopy magazine.
In 2018, the NAC partnered with NYC Parks to create the innovative Forest Management Framework to project a forest management budget for New York City for the next 25 years. It also undertook a massive field-based ecological assessment of the city to gather quantitative data, utilizing 25 field biologists and more than 1,000 land plots.

Its efforts recently expanded with a national survey distributed to 125 cities and organizations across the United States, aimed at gaining a better understanding of how urban forests and natural areas are being managed. The survey garnered an overwhelming response, producing a landmark report that detailed a lack of sufficient staffing and funding, an increase of invasive species, and growing concern over a dearth of data to properly handle the effects of climate change.

“We’ve learned so much,” Charlop-Powers says. “What we’re hearing really speaks to the increased sophistication and innovation in how people are assessing, prioritizing, managing, and monitoring forest conditions in cities across the country.”

Pop quiz: Which world city has the largest percentage of tree canopy cover over its streets? 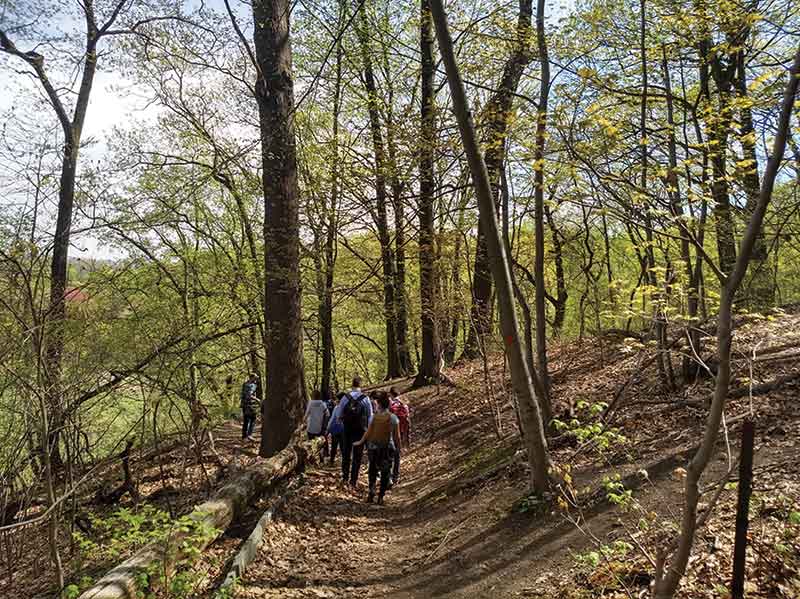 This is not the Adirondacks; this is Inwood Hill Park, located along the Hudson River a few miles from the Bronx Zoo and Yankee Stadium. Urban forests and natural areas like this account for more than 20,000 acres in the country’s most populated city.
If you guessed Tampa, Florida — and it’s likely you didn’t — you are correct!

According to a study of horizontal street view imagery by the Senseable City Lab at the Massachusetts Institute of Technology, more than one-third, or 36.1 percent, of Tampa’s streets are given to tree cover, ahead of cities like Singapore, Oslo, Montréal, and Los Angeles.
The ranking isn’t a surprise to those in charge of the city’s natural areas. Tampa has a robust planning and urban design division, created an urban forest management plan, and completes a comprehensive tree canopy analysis every five years. The benefits are tangible: According to the most recent analysis completed in 2016, Tampa’s urban forests annually reduce an estimated 808 tons of air pollutants, decrease residential air-conditioning costs by $7 million, and reduce 50 million cubic feet of stormwater runoff.

And yet, even taking all of these measures, the city finds itself in a race against intense residential and commercial development, according to Charlop-Powers. In such a race, she adds, Tampa and Hillsborough County have created a comprehensive plan to acquire urban natural areas to protect the land.

In the fall of 2019, in the wake of the results of their national survey, the NAC hosted a workshop in New York City, “Forests in Cities.” Park and urban forestry leaders from 12 American cities — including Tampa — gathered to discuss shared challenges, opportunities for collaboration, and how urban forests can be part of a climate solution.

“Spending a week together — really digging into core themes around management and care of urban natural areas — created a lot of energy and excitement,” said Clara Pregitzer, a doctoral student at YSE and a conservation scientist with the NAC. “We realized that cities face many of the same issues. We all agreed that we need to focus on how we can elevate this topic and raise awareness nationally to get some boots-on-the-ground work done.”

Pregitzer, a native of Michigan’s Upper Peninsula and a graduate of Northern Arizona University’s forestry program, had always focused on rural areas. Urban forestry was never part of her plan, but a work commitment for her now-husband brought her to New York City in 2010, where she landed a job with the Natural Resources group of NYC Parks. 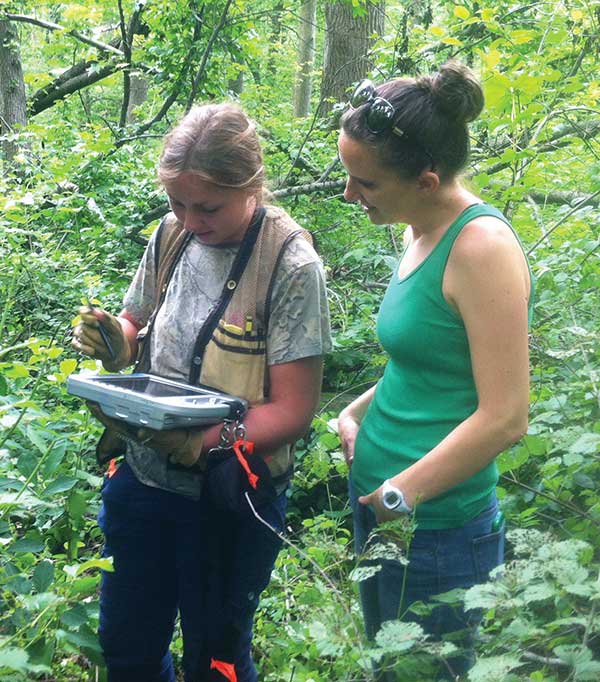 Native New Yorker Sarah Charlop-Powers ’09 M.E.M. (right) has helped guide the NAC by using rural land management strategies to conserve the city’s urban natural areas.
“I helped with a vegetation inventory of Van Cortlandt Park in the Bronx,” she recalls. “It really changed my perspective as to what a forest could be in New York City. From there, I really began to see the potential in urban ecology.”

Eventually Pregitzer was recruited by Charlop-Powers to join the NAC as they prepared for the city’s ecological assessment. While working on the assessment, she met Mark Bradford, professor of soils and ecosystem ecology at Yale School of the Environment, who encouraged her to pursue her Ph.D. at F&ES. Blending work from Yale and the NAC together, Pregitzer has used the data from the ecological assessment to understand how the urban context can influence forest structure and function and how best to manage complex and dynamic landscapes for the future.

Urban forestry, she says, should not be viewed as “a nuanced type of forestry” but rather a vital part of forestry writ large. Though the social and political issues may differ from a rural setting, urban forests require the same types of management plans and scientific rigor.