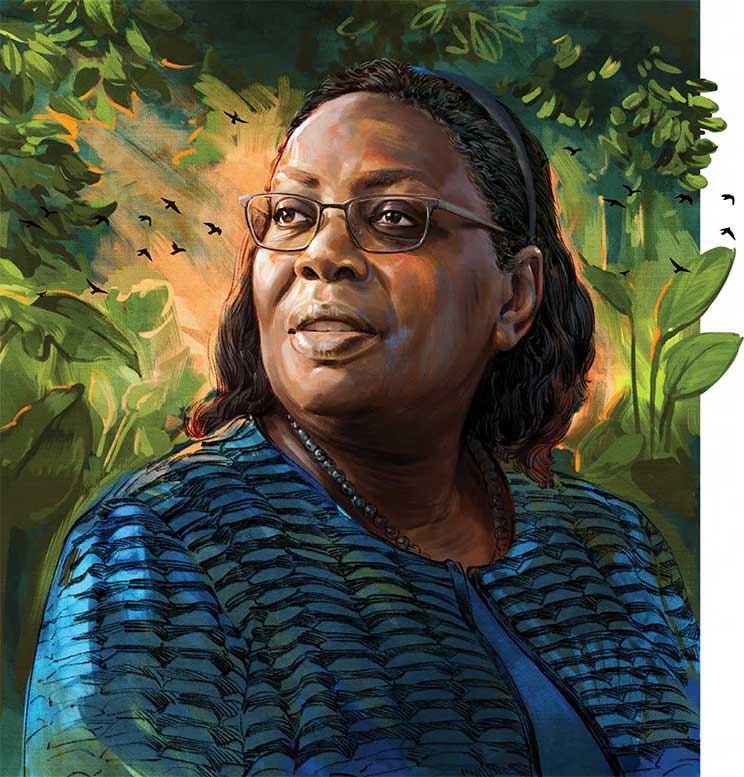 Dr. Dorceta Taylor ’85 MFS, ’91 PhD, who joined the YSE faculty in July as a full professor, on why she was excited to return to Yale and her kinship with the celebrated environmentalist Rachel Carson.
By Cara McDonough
Dorceta Taylor  thinks often about Rachel Carson.

Initially trained as a zoologist like Taylor, Carson went on to become a famed writer authoring the landmark book “Silent Spring” about the environmental impacts of pesticides and other harmful chemicals in 1962 — as well as a  tireless environmental advocate.

“She used the freedom that comes from being overlooked, and she turned that on its head. She was able to apply the lens of an outsider,” Taylor says, noting Carson’s influence in what was then a man’s world.

Taylor has experienced some of the same in her career. And, like Carson, she has taken advantage of being an outsider in her field, making connections that others might miss.

She’s been making those connections for as long as she can recall.

“My earliest memories are of myself in the outdoors,” she says, remembering her childhood in Jamaica. “Enjoying the garden, being curious about the flowers. Being curious and watching things grow.”

This passion for observation has undoubtedly played a role in her storied career as an environmental scholar and activist. And, since returning to Yale this year as a full professor — she earned her Master of Forest Science at YSE in 1985 and a joint doctoral degree from the School and the department of sociology in 1991 — Taylor is taking the opportunity to observe, connect and contemplate solutions at the university as well as in the city of New Haven and beyond.
“I’m one of those people who just never really quite fit perfectly in a single disciplinary box. I was very convinced that there was a field to be developed around inequalities and the environment. So, nothing could really stop me from exploring those possibilities.”
— Dr. Dorceta Taylor
Teaching “Poverty, Environment, and Inequality” online this spring, she’ll highlight her interdisciplinary approach to environmental thought and policymaking — including a keen focus on urban and rural issues like food insecurity — while continuing her tireless work fostering institutional diversity within the field.

A sampling of her striking achievements and accompanying accolades illustrates a life dedicated to intersecting themes in the world of conservation: She authored several influential books, including the award-winning “The Environment and People In American Cities”; her well-known 2014 study on diversity in environmental organizations (uncovering a startling lack thereof) brought about needed reflection and tangible change; she received the 2020 Wilbur Lucius Cross Medal by the Yale Graduate School, as well as the 2020 Women in Sustainability Cross Sector Award from Envision Charlotte and Wells Fargo; AARP recently recognized her as a leader helping to carry on Martin Luther King Jr.’s legacy; and, in 2018, she received the Rachel Carson Award from Audubon Women in Conservation.

Yet when she began her academic career, Taylor’s interests — the connections and ethical quandaries she observed when she considered the natural world and the people who inhabited it — didn’t necessarily fit within the traditional confines of “environmentalism” or even have a name.  She studied zoology and botany while looking for ways to incorporate human behavior and impacts more fully into these disciplines.

“I’m one of those people who just never really quite fit perfectly in a single disciplinary box,” she says. “I was very convinced that there was a field to be developed around inequalities and the environment. So nothing could really stop me from exploring those possibilities.”

She remembers professors suggesting the joint course of study might be a foolhardy step — while at the same time encouraging her way of thinking. That’s something she appreciates about Yale and one of the reasons she was excited to return. “When I was a student, I really appreciated being in a student body where students were not afraid to really think big, outside the box.”

The university, she says, has been supportive of her academic goals, which include blending an understanding of the environment, inequality, and workforce dynamics, but also history, sociology, theory, and political mobilization. And the city of New Haven — and the state of Connecticut as a whole — provides vibrant context for studying the real-world implications of these issues, as Taylor did during her tenure at the University of Michigan, where she was prior to joining YSE in July of 2020.

“Connecticut is one of those states where really a lot more work can be done around the nexus of equity, environment, climate, health — all of those things are there to bring together,” she says. 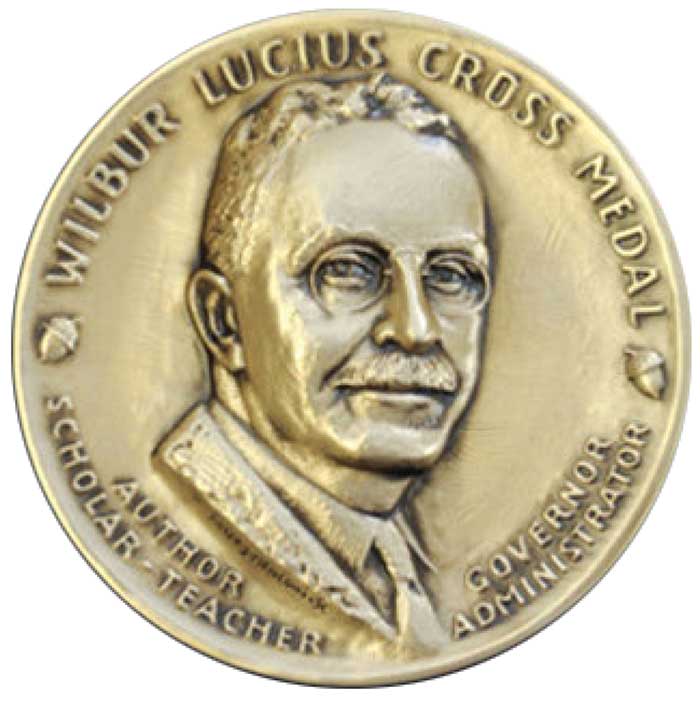 Being at YSE also means pursuing meaningful connections with thought leaders whose specialties align with her own, redefining “typical” courses of study all over again as she did as a student. Taylor is excited about the prospect of partnering with professors like Narasimha Rao, who examines links among energy systems, human development, and climate change, including studying inequality and climate policy.

Taylor also heads the Doris Duke Conservation Scholars Program and the Environmental Fellows Program, both of which help students historically underrepresented in college environmental programs pursue careers in the sector. And she says that when it comes to diversity — including ensuring equity and representation in academics and the workplace — we’re past the time for talk.
“People love to talk about it, and I say, ‘Do something about it,’” she says. “When people say they want diversity, I say, ‘How much is your diversity budget?’ We don’t really need to spend that much more time talking about what’s an obvious problem.”

The concrete steps toward a more diverse workforce, including wage equity, well-paying internships for students of color and low-income students, advertising jobs to diverse applicant pools, and hiring people of color are the vehicles for change, she asserts. Attending another webinar on diversity is not enough.

“The two programs I run set out to identify very talented students of color early on and say to them, ‘There is a place for you in this field. There are pathways through which you can excel.’”

Taylor’s own pathway was unconventional, and that helped shape her fearless attitude.

“Being both Black and female, it is easy to be dismissed,” she says. “But when people don’t expect much, it can give you an advantage. In my life, I have trained myself to look for those openings.”

The sentiment brings Carson to mind once again. “She moved across barriers and lines and she was undaunted and unapologetic,”  Taylor says.

“It’s the ability to make those observations where other people might see them as mundane and make connections and understand them,” she says. “My environmental outlook comes out of that ability to observe and translate complex ideas in a way that other people can see the connections.”