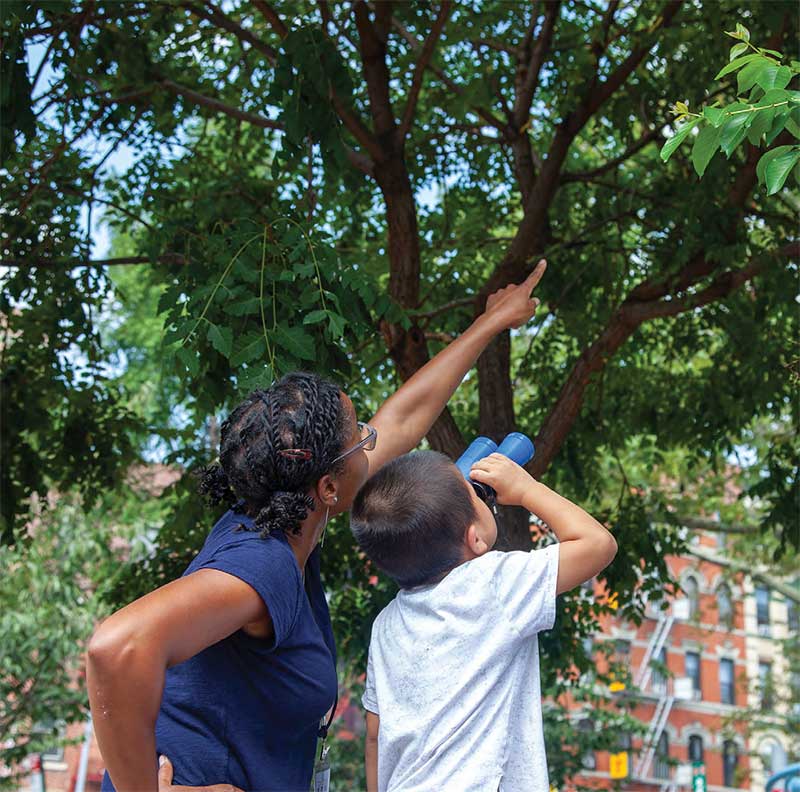 The Power of the Park

Longtime advocates for public parks, four YSE alumni discuss how urban and suburban green spaces have served as sanctuaries during the pandemic — although access to them is not always equitable.
By Geoffrey Giller ’14 MESc
The health benefits of nature are as myriad as they are well established. Study after study has demonstrated a dizzying array of benefits to being in parks, green spaces, forests, and the great outdoors: better mental health, improved brain development in children and brain function in adults, lowered risk of chronic diseases like diabetes, and a general reduction in mortality. A much-cited 1984 study published in Science found that surgical patients who could see trees from their hospital beds recovered faster than those who could not.
In the middle of a global health crisis, the healing role of nature, especially in densely populated cities, has become even clearer. Dr. Georgia Silvera Seamans ’01 MEM has long been a proponent of nature which, she says, can be found in more places than you might think. It’s not just a quiet forest path (though New York City, where Silvera Seamans has lived and worked for over a decade, has plenty of those, too); nature can also be found on a leafy street or in some shrubbery at the corner of a block. Even the ability to look out a window and see some greenery was a blessing during the pandemic, says Silvera Seamans. During the spring 2020 lockdown in New York City, she spent a lot of time sitting on a chair in her apartment looking out at the oak trees that fill her building’s plaza. 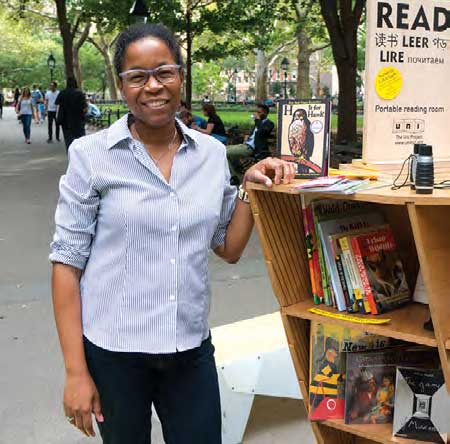 Georgia Silvera Seamans, ’01 MEM (top), pictured here in New York City’s Sara D. Roosevelt Park, has long been a proponent of nature, which, she says, can be found in more places than you might think. 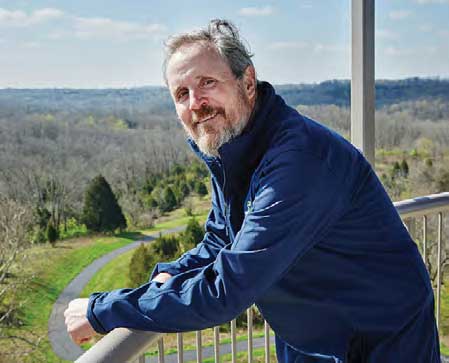 Dr. Daniel Jones ’84 BA, ’06 MF — who founded The Parklands of Floyds Fork, a series of interconnected parks stretching along more than 20 miles of creek outside Louisville — saw a spike in visitors to his parks. By early October of this year, The Parklands had welcomed as many visitors as it had in all of 2019. “[Parks] are just as important as infrastructure,” Jones says, right up there with sewers, water lines, and roads. And as people continue to move to cities from rural areas, parks become ever more important. “If you don’t build good green infrastructure, you’re not going to build livable cities.” 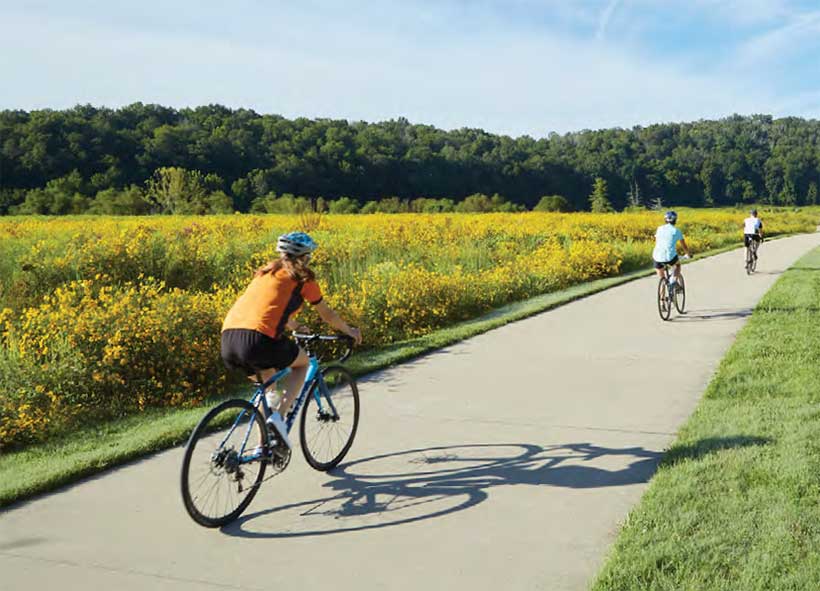 Parks and public green spaces have served as sanctuaries to many people during the pandemic, providing a place to exercise, explore, and connect with nature and each other while socially distancing. Images provided by The Parklands of Floyds Fork
Jones views the increased park use at The Parklands and across America as a faint silver lining of the COVID-19 crisis. He cites another board member who would talk about “building the habits of park use.” Jones’s own park habit was built while he was growing up in Louisville, and he hopes The Parklands will inculcate others. “If you can entice [people] out,” Jones says, then the outdoors can “work its magic.” He views The Parklands in some ways as a “gateway park,” one that might bridge the gap between the city or the suburbs and larger, wilder natural areas. One way that can happen, Jones says, is by showing people that nature “is a place where they can be relaxed.” Jones says that kids from the city or the suburbs don’t always have opportunities to be familiar with nature; when they’re brought to The Parklands, they’ll sometimes nervously ask about alligators or tigers. But within a few hours, the same kid asking about fearsome wildlife might be excitedly holding a snake.

It’s worth noting that parks aren’t just a boon to human residents. “Parks and other kinds of green spaces in cities are kind of essential for having any form of substantial biodiversity in urban areas,” says Max Lambert ’13 MESc, ’18 PhD, who studies urban evolution at UC Berkeley. Parks can be refuges from the disruptive sounds and lights of the city for animals, he says, just as they are for humans. And when wildlife benefits, so do humans: Studies have shown that parks and urban spaces with higher biodiversity also have a stronger effect on human health and well-being. “It’s actually something about having more species that makes humans happier,” Lambert says. 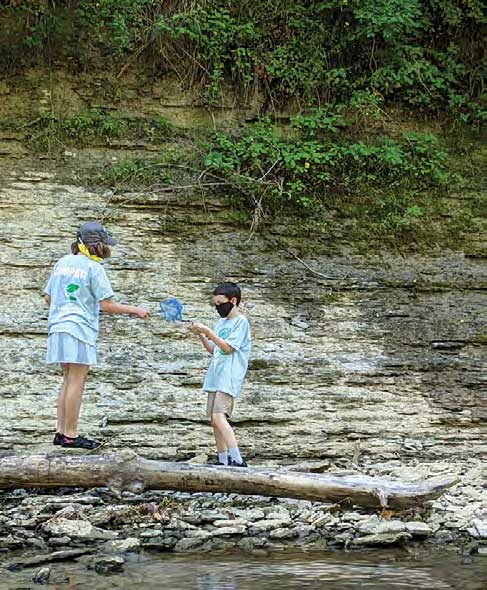 Heart and Lungs of the Community

During the protests across the country this summer after the murder of George Floyd, parks took on yet another role. Silvera Seamans says she was heartened to see how Washington Square Park became a natural gathering point, a place where protestors could come together as a large group to make their voices heard. In Manhattan, “Washington Square Park was like ground zero for Black Lives Matter protests,” she says. “It was really wonderful to see the park used as this public square.”

Olivia Glenn ’03 MEM, the former director of parks and forestry for the state of New Jersey and now its deputy commissioner for environmental justice and equity, has a similar take. “Parks are platforms of democracy,” she says. “Parks are shared spaces, they’re common spaces, they’re there for the public good. They’re also the heart and lungs of our community.”
From the practical perspective of physical space for social distancing or increased air flow that the outdoors provides, it’s logical that people have been seeking out parks during the pandemic. But there’s surely something deeper that compels people, in times of stress, to seek out nature. Silvera Seamans and others sometimes refer to nature as Vitamin N. Most of us may not know or understand the ways that standing beneath a tree can make us happier and healthier. But something fundamental within our bodies knows, and when that vital nutrient is lacking, it compels us to seek it out. 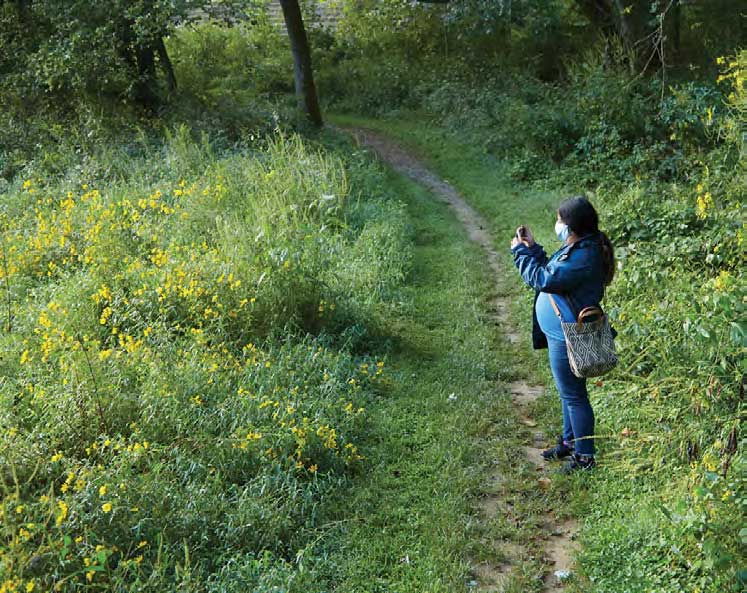