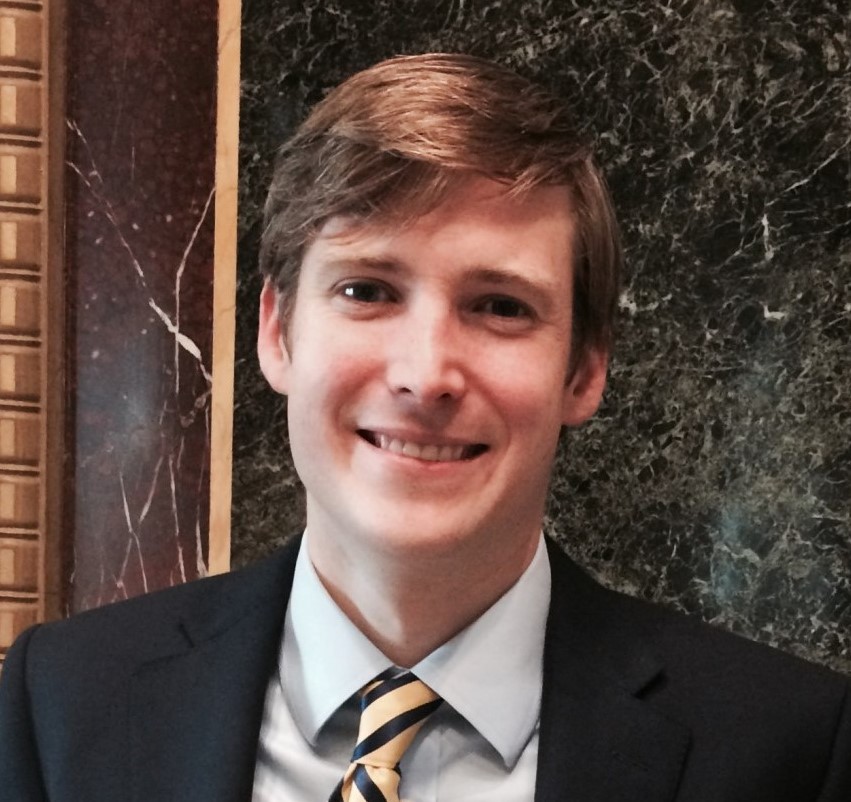 Kenneth Gillingham
The new order will do neither, predicts Kenneth Gillingham, an assistant professor of economics at the Yale School of Forestry & Environmental Studies (F&ES). Gillingham, who has published extensive research on the federal coal-leasing program, says the program, which was temporarily halted last year by President Obama, was failing in critical ways: it didn’t address the social costs of coal extraction or whether taxpayers were receiving fair value for this public resource.

In an interview, Gillingham says that Trump’s executive order does nothing to change those realities — nor will it alter the market factors that have driven down the U.S. coal sector in recent years. If anything, he said, opening up federal lands — particularly in the western states — is more likely to eliminate coal jobs in the Appalachian region.

“Coal plants have been closing over the past two years, and this is not being driven entirely by regulation by any means,” he said. “This is primarily being driven by market forces. Natural gas is a very cheap fuel right now and renewables are getting much cheaper, too. These two factors, along with energy efficiency driving down demand for electricity in general, means that coal is less competitive than it was before.”

Gillingham spent a year as Senior Economist for Energy and the Environment at the White House Council of Economic Advisers (CEA) during the Obama administration.

A new executive order lifts a moratorium on the federal coal-leasing program, which President Trump has called an attack on the coal industry. But in a recent Science article you highlighted other concerns with the program. What did you find that you considered flaws with the program?

Even if the lease program is restored, and new sources are opened up for mining, can coal be competitive in the current energy marketplace?


GILLINGHAM: That’s a great question. We already see there are roughly 40 coal plants that are slated to be closed in the next two years. Coal plants have been closing over the past two years. And this is not being driven entirely by regulation by any means.

This is primarily being driven by market forces. Natural gas is a very cheap fuel right now and renewables are getting much cheaper, too. The combination of these two actors, along with energy efficiency driving down demand for electricity in general, means that coal is less competitive than it was before.

It’s interesting when it interacts with the federal coal-leasing system, because much of the coal being shut down is higher-cost eastern Appalachian coal. [More than 80 percent of federal coal comes from the U.S. West.] That higher-coast eastern Appalachian coal also requires more labor per ton of coal. So there are more jobs associated with it. Western coal, particularly Powder River Basin coal, is surface coal that requires far fewer jobs per ton of coal produced. Which means that it’s very efficient, and which means that it’s likely to be some of the very last coal that will still be used for thermal power plants in a transition away from coal. So opening up the federal coal leasing program again is actually more likely to lead to fewer jobs in Appalachia than it is to lead to more coal. It still will lead to somewhat more total coal, but it will lead to less coal in Appalachia and more coal in the West. Which may mean, in net, fewer coal jobs.

Given the current market forces, how much benefit would U.S. taxpayers receive if Western coal was produced at the costs needed to make it competitive with, say, natural gas? Would it have to be sold on the cheap to be a viable option?

Predominantly what we’re seeing on the market is eastern coal being hit very hard while federal coal [in the west] is increasing its market share — and largely continuing to produce. Opening up new lands to coal leasing would continue to increase that share further. On the other hand, increasing the royalty rates for federal coal, such as putting on a social cost of carbon or some other approach — as shown in my work — would produce somewhat less coal from the federal basin. But it would produce somewhat more in the east, coal jobs could actually increase because you’d keep more jobs in the east, and you’d bring in significantly more revenue. Some of that revenue from federal royalties is split between states and the federal government, so some of that money could be used to compensate for the coal-producing regions, including eastern ones but also western ones.

The administration is expected to frame the expansion of coal extraction as a way to reduce American dependence on foreign energy sources. Will it have any impact in that regard?


GILLINGHAM: No, there’s absolutely no way it’s going to change our reliance on foreign or imported energy. The vast, vast majority of our fuel used to produce electricity is domestically produced. What we do import is oil, but that’s dominantly used for transportation. So this claim is fundamentally misunderstanding the energy system in the United States. So not only is it going to create fewer new net jobs — since you’ll be reducing jobs in the east in exchange for more jobs in the west and given the low cost of natural gas — and not make a big difference in terms of the net amount of coal produced and the net number of coal jobs. It’s just not going to change the amount of imports into the United States at all. Those are just basic economics.