Mary Evelyn Tucker and John Grim, senior lecturers and research scholars at the Yale School of Forestry & Environmental Studies (F&ES), have received the 2019 Lifetime Achievement Award from the International Society for the Study of Religion, Nature and Culture (ISSRNC). 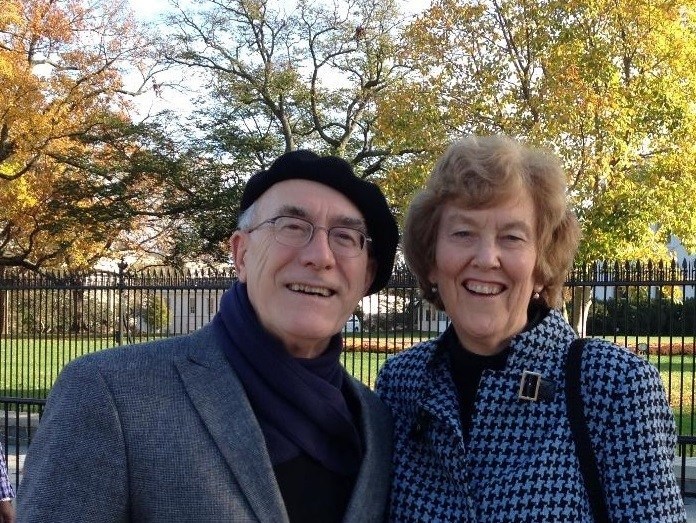 Tucker and Grim, who are also co-directors of the Yale-based Forum on Religion and Ecology, were recognized for contributions that have a relevance and eloquence that speaks not just to scholars, but to the greater public and multiple disciplines.

“Mary Evelyn Tucker and John Grim are foundational to the field of religion and ecology,” the ISSRNC wrote. “They burst into this academic scene with the organization of ten conferences on World Religions and Ecology at the Center for the Study of World Religions at Harvard University in the latter half of the 1990s, a time when many were still wondering how the words ‘religion’ and ‘ecology’ went together.”

Ten volumes collected from those conferences were published as a series, Religions of the World and Ecology. Once the conferences were complete, they co-founded the Forum on Religion and Ecology, an international, multi-religious project that aims to strengthen the understanding of environmental crises through the examination of the world’s religious worldviews, texts, and ethics.

They also host a number of conferences and workshops, support publishing initiatives, and maintain a vibrant website. They have published many books, including “Religion and Ecology” and the forthcoming “Thomas Berry: A Biography,” about the cultural historian with whom they worked for three decades (the book will be published in June).

In 2011, they produced, with evolutionary philosopher Brian Swimme, the award-winning film “Journey of the Universe,” and an accompanying book.

“It would be difficult to find a scholar with an interest in religion, nature, and ecology that has not been inspired by these two and affected personally by their generosity,” the ISSRNC writes.

They have joint appointments at F&ES, the Yale Divinity School, and the Department of Religious Studies.

The ISSRNC is a community of scholars engaged in critical inquiry into the relationships among human beings and their diverse cultures, environments, religious beliefs, and practices.

The award will be presented during the society’s annual conference next month in Ireland.