Disasters that occur in one place can trigger costs in cities across the world due to the interconnectedness of the global urban trade network. In fact, these secondary impacts can be three times greater than the local impacts, a Yale study finds. 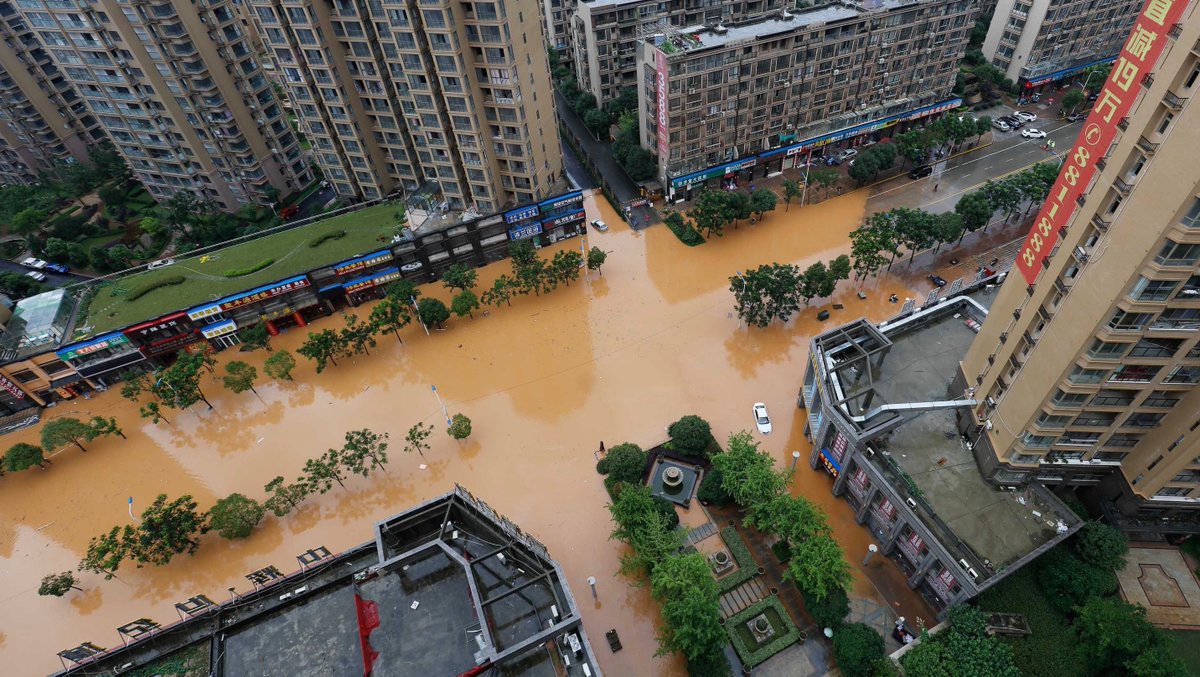 Humphery/Shutterstock
When cyclones and other natural disasters strike a city or town, the social and economic impacts locally can be devastating. But these events also have ripple effects that can be felt in distant cities and regions — even globally — due to the interconnectedness of the world’s urban trade networks.

In fact, a new study by researchers at the Yale School of Forestry & Environmental Studies finds that local economic impacts — such as damage to factories and production facilities — can trigger secondary impacts across the city’s production and trade network. For the largest storms, they report, these impacts can account for as much as three-fourths of the total damage.
“Cities are strongly connected by flows of people, of energy, and ideas — but also by the flows of trade and materials.”
— Chris Shughrue, lead author
According to their findings, published in the journal Nature Sustainability, the extent of these secondary costs depends more on the structure of the production and supply networks for a particular city than on its geographic location. Regional cities that are dependent on their urban network for industrial supplies — and that have access to relatively few suppliers— are most vulnerable to these secondary impacts. Larger, global cities such as New York and Beijing, meanwhile, are more insulated from risks.

“Cities are strongly connected by flows of people, of energy, and ideas — but also by the flows of trade and materials,” said Chris Shughrue ’18 Ph.D., lead author of the study which is based on his dissertation work at Yale. He is now a data scientist at StreetCred Labs in New York. “These connections have implications for vulnerability, particularly as we anticipate cyclones and other natural hazards to become more intense and frequent as a result of climate change over the coming decades.”

The paper was co-authored by Karen Seto, a professor of geography and urbanization science at F&ES, and B.T. Werner, a professor from the Scripps Institution of Oceanography.

“This study is especially important in the context of climate impacts on urban areas,” Seto said. “Whereas we tend to consider a city’s vulnerability to climate change as limited to local events, this study shows that we need to rethink this conceptualization. It shows that disasters have a domino effect through urban networks.”

Using a simulation coupled with a global urban trade network model — which maps the interdependencies of cities worldwide — the researchers show how simulated disasters in one location can trigger a catastrophic domino effect.

The global spread of damage was particularly acute when cyclones occurred in cities of North America and East Asia, largely because of their outsize role in global trade networks — as purchasers and suppliers, respectively — and because these regions are particularly susceptible to cyclone events.
“To be resilient to climate change is not only about building dikes and sea walls, but understanding a city’s supply chains and how they are linked to other cities that may be vulnerable.”
— Karen Seto, Frederick C. Hixon Professor of Geography and Urbanization Science
Often, adverse impacts are primarily caused by a spike in material prices, followed by production losses to purchasers. These production losses eventually can cause industrial shortages, which can then induce additional cycles of price spikes and shortages throughout the production chain.

Similar outcomes have been borne out following real world disasters. For instance, when catastrophic flooding occurred in Queensland, Australia, the impact on coking coal production prompted a 25-percent spike in the global costs. And the economic impacts of Hurricane Katrina extended far beyond New Orleans for several years after the historic storm.

While the example of cyclones can act as a proxy for other isolated disasters — such as the 2011 tsunami in Japan which caused global economic disruptions, particularly in the auto sector — the researchers say the findings are particularly relevant in terms of climate-related natural events.

“To be resilient to climate change is not only about building dikes and sea walls, but understanding a city’s supply chains and how they are linked to other cities that may be vulnerable,” Seto said.
– Kevin Dennehy    kevin.dennehy@yale.edu    203 436-4842